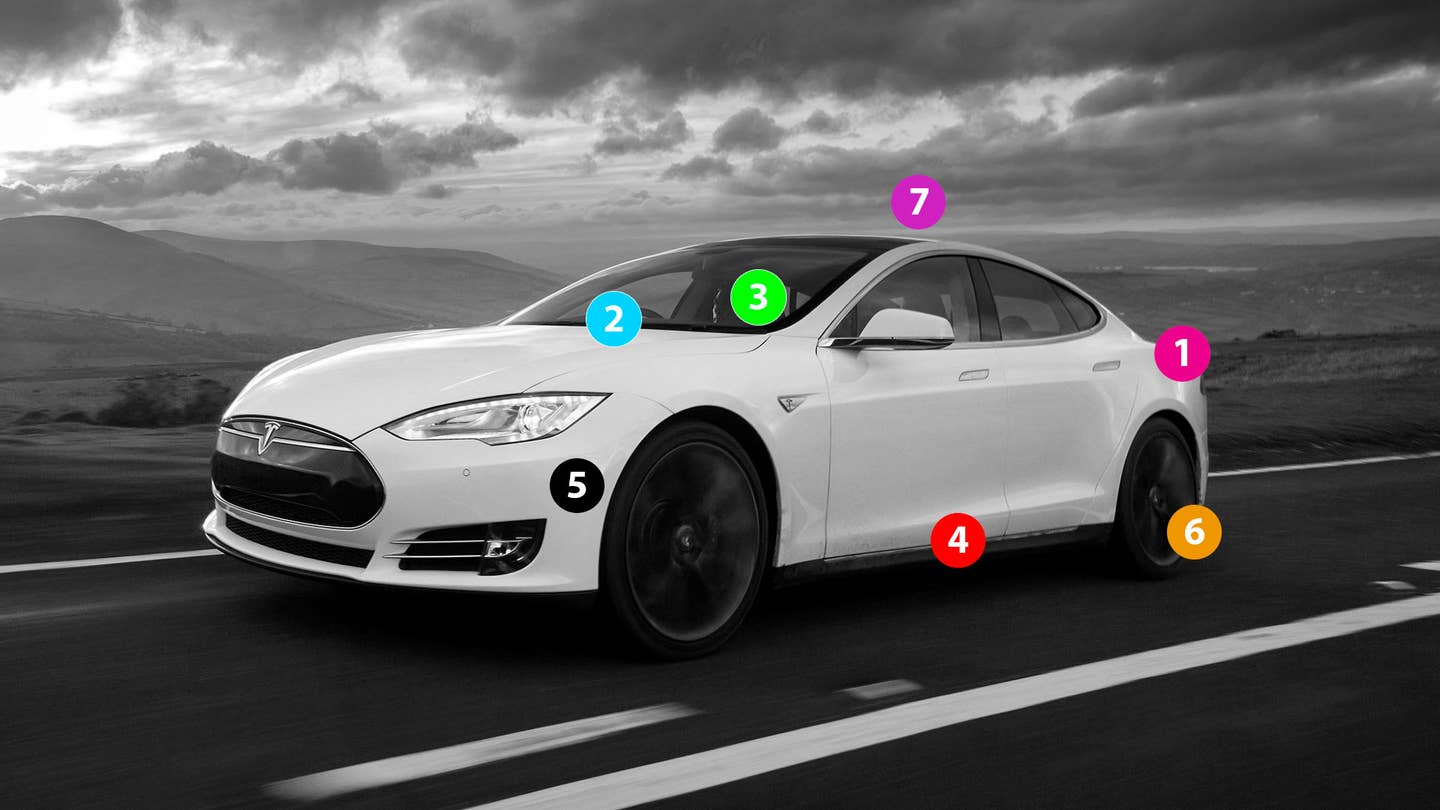 I picked up my new Tesla Model S a year and a half ago. It is a dark shade of green and affectionately named the Green Hornet. After 18,100 miles I have compiled my list of the ten things I hate most about my Tesla. Don’t get me wrong. This is a very cool car. It is generally reliable and fast as hell. But, there are certainly flaws in the car and here’s my take.

Tesla discourages you from buying a spare because, in their minds, I might puncture the 2,000-pound battery (and/or electrocute myself) trying to change it. Fair enough. That’s really bad PR. They do sell a $90 tire inflator—good for a single minor puncture. An uneventful year passed commuting up and down the Palisades Parkway, a beautiful scenic road that straddles the Hudson River. It was famously referred to as the worst road in America that winter by the head of the New Jersey Department of Transportation. I made it to late March when I hit one of those cavernous potholes and I blew both driver side tires, front and back. So much for the cheap inflator. Like a good Tesla customer, I called the service guys. Twelve hours and $800 later, I had a new tire. Not cool, Musk.

Speaking of getting stranded on the side of the road: Tesla's range meter seems really accurate during the summer months. As soon as the mercury drops below 50, the reading becomes almost meaningless. And, the colder it gets the worse the problem. On particularly cold days, my 23 mile commute to the ferry ticks 50 miles off the range meter. Add that to the lack of spare tire, and winter weather driving makes me pine for the dirty days of the carbon-dioxide-spewing, albeit honest, gasoline engine.

Really? For a car with generous storage in the front and rear trunks, its engineers showed an appalling lack of consideration for the average American driver’s beverage needs. Musk take note: We require no less than 8 spots for coffee, water, Diet Coke, Oreo cups, a sippy cup, plus three more Diet Cokes.

There are 18,000 miles on the odometer, and the Green Hornet is starting to sound a little like a convertible Chrysler Sebring ragtop I drove in the ’90s. I bought a whisper-quiet car, and now there are sounds. The service guy claims it’s a loose ball-joint, but his team was too busy to replace the part last time I stopped in.

5. It Makes Your Life More Complicated

First of all, don’t buy a Tesla if you don’t have a backup. The big problem is that you really have to think before driving beyond your everyday commute. When I want to take a 100-mile trip to Philadelphia or a 250-mile jaunt up to visit my son at the University of Vermont, I have to really have to plot my trip, plan my charging stops, and factor in 30 minutes charging time. I get no comfort from Tesla’s claim you can now drive from NYC to LA. Maybe I’ll do that when I retire. Right now I want to know that I can take a leisurely drive without having to beg someone to let me use their 110-volt outlet to charge my car. Or, I can hop into my wife’s Lexus or my daughter’s Subaru and, you know, just drive straight there.

6. I’m not that psyched about driving it in the snow

Winter driving can be treacherous in even the best AWD cars, but the Model S, with its 443 pound-feet of torque to the rear wheels, makes me nervous, traction control and all. So last fall I went to the expense of buying special winter tires for the Hornet—even at $2,000, well worth it. It performed just okay, but it made me a nervous driver: I avoided steep hills during snow days and took extra care that I wouldn’t have in the Subaru.

7.  The Hardware Can’t Keep up With the Software

Tesla’s software updates automatically. But the claim that this car is software driven—a paradigm-buster in the auto world—is only partially true. In reality, it’s hardware driven. I made the mistake of buying the entry-level Model S60. But over the past 18 months, Tesla has added a slew of new software features that I can’t get because they require new hardware—dual motor, which gives you 4-wheel drive, Auto-Pilot, blind spot monitoring, etc. My advice? Don’t buy a Tesla! Lease it. That gives you a much better option to trade in and enjoy the benefits of Tesla’s newest features which are not only software driven but hardware driven, too.

Here’s the thing: The Tesla is a great driving car, packed with torque and superb handling. I smile every time I pass a gas station, even if gas in New Jersey is now $1.87 a gallon. I don’t regret the purchase in the least. In fact, I’m trading in my S60 for a new Model S70D. Tesla, I just can’t quit you.

​Andy Blau is a Senior Vice President at Time Inc.