What do the Rolling Stones, Pink Floyd and the Artist(s) Formerly Known As Guns ‘n Roses all have in common? They were all amazing until they weren’t. When was the last time anyone waited in anticipation for a new Stones record? Did you download Floyd’s The Endless River? How about the skid mark that was Chinese Democracy? Too much or too little, it doesn’t matter if you’re too late.

Which is why I love the Volvo S90 sedan.

It’s not because Volvo invited me to Sweden to see it. I can’t lie. It literally would have had to have blown up at its debut, its steering column impaling Volvo President and CEO Håkan Samuelsson onstage, for me not to love it.

It’s precisely what Volvo needs and curious customers want. The S90 is perfect in the way the E39 BMW 5 Series was perfect. It’s gorgeous, and far more so than pictures suggest, it looks exactly as a Volvo sedan should, although it’s pretty clear that old-school Volvo customers—those who bought 240 wagons when I was in high school and 740 wagons when I was in college—aren’t looking at sedans. They’re looking at crossovers and SUVs. If they’re paying attention, they’re looking at Volvo’s own brilliant XC90.

Even during what could now be called Volvo’s Winter—let’s call it the 10 years prior to this year’s release of the XC90—Volvo was still making good cars. It may not have been selling the right cars at the right price at the right time, but the company never totally fell off. Rather, it merely ceded aspects of its brand to other manufacturers. Subaru grabbed the outdoorsy low-end and a bit of the counterculture. Audi co-opted the upscale-outsider turf.

I’ve always wanted a Volvo, but it never made sense. I always had an excuse.

People who love cars, have driven everything and yet want something else, something different, something cool, reliable and a bit contrarian, want something better than a Subaru. With Audi having gone the way of BMW and Mercedes, what’s left? Jaguar?

Volvo. Here and now. Returning to its core values with the right car at the right time. Walk into a Volvo dealership and it feels just right, probably more “right” than the dealerships felt in the Eighties, which seems like where Subaru is now. Despite this, Subaru can’t keep its cars in stock, having nailed the ethos VW wanted and Volvo gave up. Volvo may well duplicate Subaru’s recent sales growth, albeit with vastly superior design, technology and safety features. Whereas Volvo might only have evolved down into a better, Swedish Subaru, I think Volvo is well on its way to resuming its position as a brilliant and unique animal.

With the S90, Volvo has transitioned into a genuine luxury brand.

The S90 and XC90 seem not only to have redefined Scandi design, but also—for the first time—approximated German build feel. The S90 exterior looks new and fresh without closing the door on its lineage. The interior, like that of the XC90, is modern and clean. Both cars feel as well made as a new BMW or Mercedes at the same price point. Better, even. We’re this close to Audi feel, which is where everyone wants to be.

This is exactly where Volvo needed to go.

Of course the company has included all the necessary items for mid-term growth in multiple markets: a scalable architecture; a twin-engine layout with optional electrification; production bases on new continents. But these were all expected. This is Volvo. After the collapse of Saab and Geely’s acquisition of Volvo, even die-hard Swedish car enthusiasts were pessimistic about the future of cars from the land of Vikings. And yet, somehow, the right management, the right designers, the right engineers, the right team coalesced to save the brand. Throw in Volvo’s strategic position on safety and forward-thinking on autonomous driving—the focus of my next piece—and Volvo has escaped the trap that befell the Stones and Floyd.

I’ve always wanted a Volvo, but it never made sense. I always had an excuse. I don’t have kids. I’m not married. I still don’t. And I’m still not. But if only Volvo would release an R edition of the S90, and I could fit a fuel cell, then I’d have the perfect car in which to get cross country. Fast. Comfortable. Unassuming.

It’s a good thing I don’t do that anymore.

Oh, you wanted details? The kind everyone else just regurgitates from press releases? Here’s the press release...wait, I’ll save you reading it. Short of Volvo releasing an R or Polestar edition, there’s only one trim to buy: the twin-engine, electrified, 407-horsepower version that’ll do zero to 60 mph in 5.2 seconds. Pricing TBD.

And even at that lovely spec, there’s room for growth. I know a great Swedish car tuner in LA... 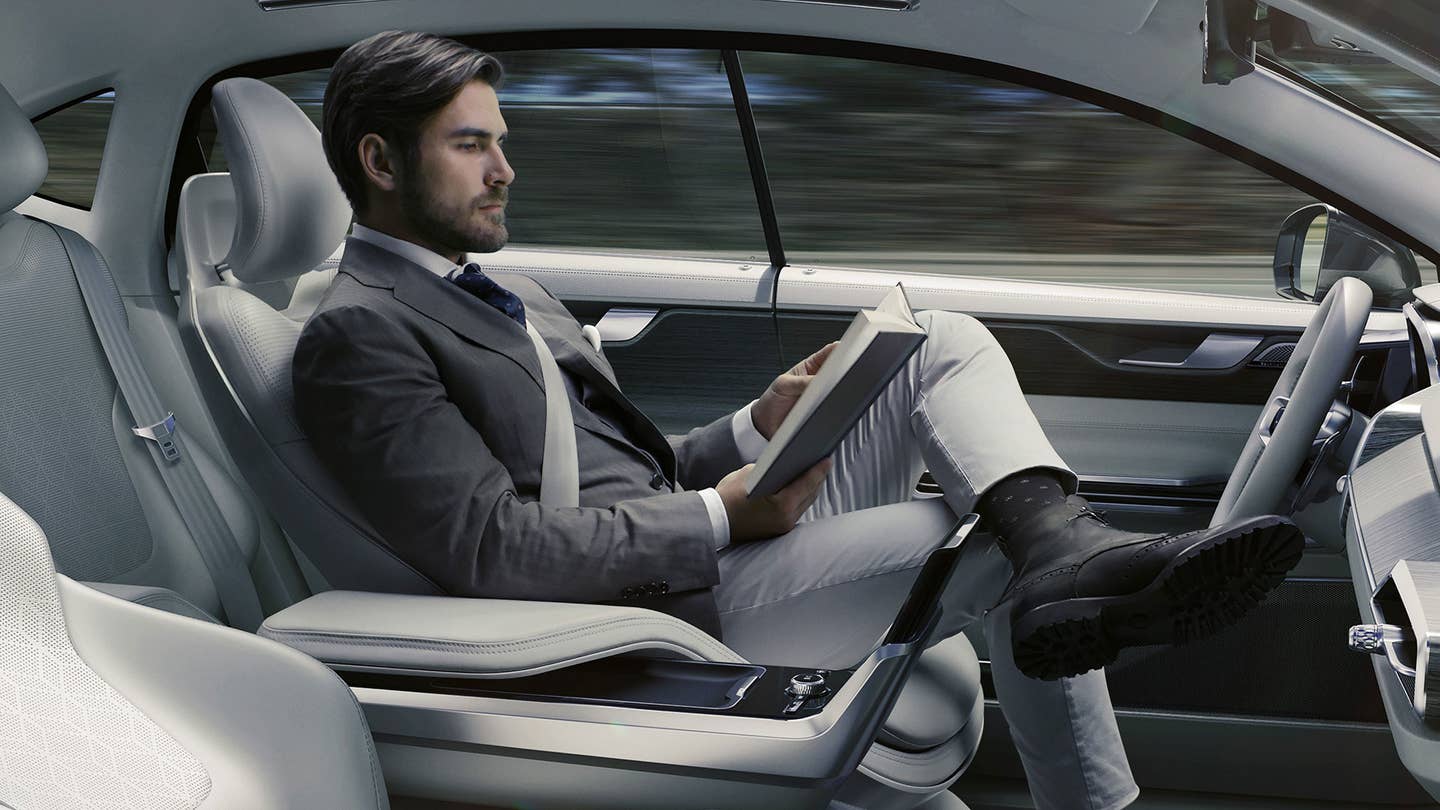 Swedish automaker delivers a concept cockpit straight out of a futuristic Brookstone catalog. 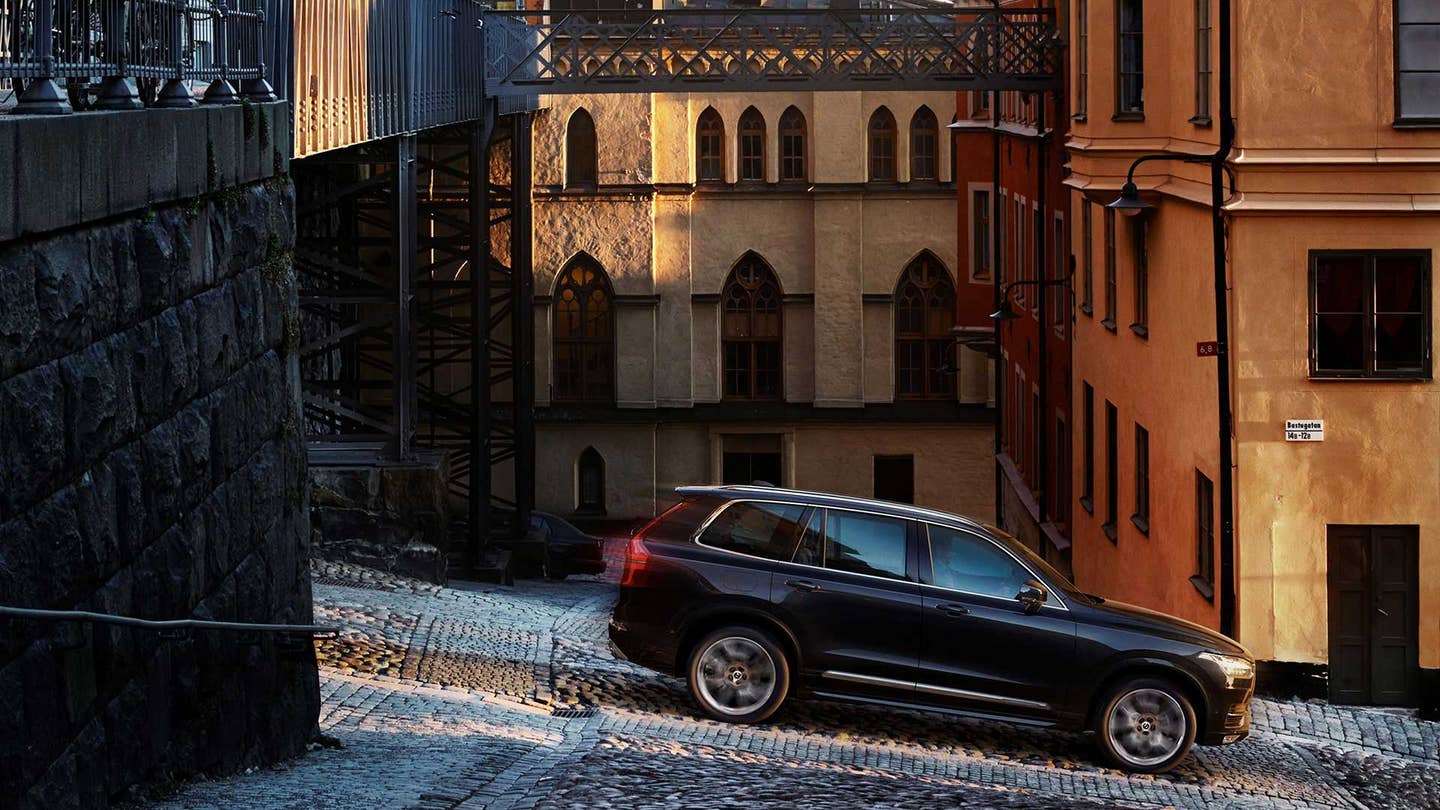 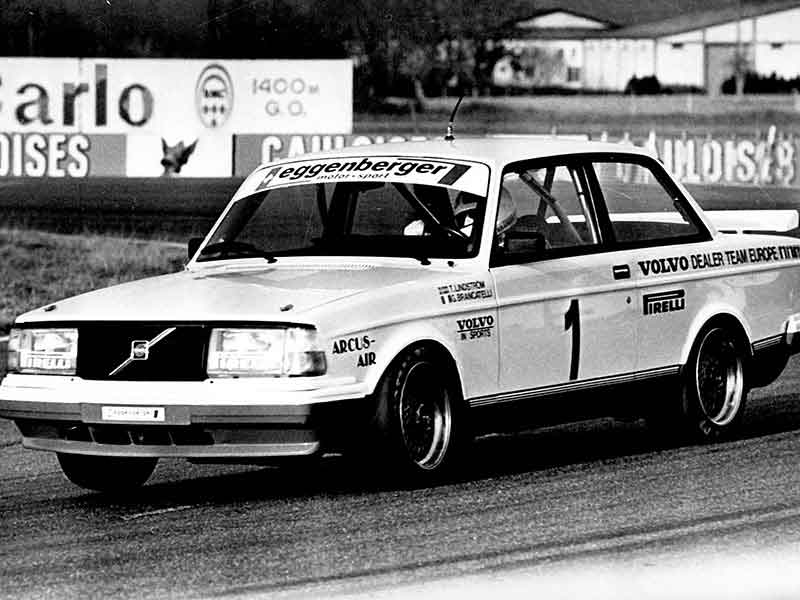