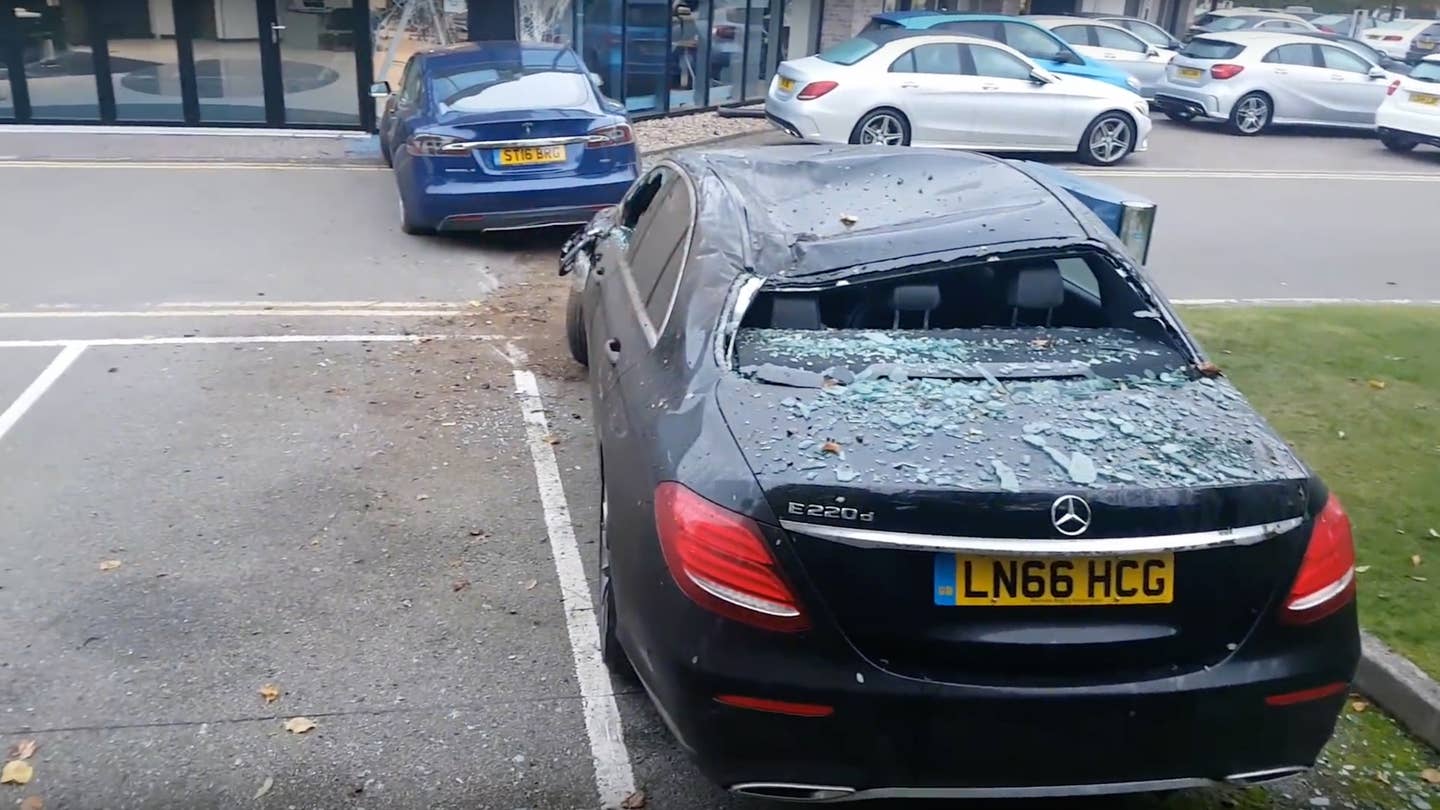 Teslas are often referred to as "cars from the future," thanks to their impressive electric range and semi-autonomous driving tech. But as far as we're aware, the automaker and its CEO Elon Musk haven't yet cracked the art of building a flying car...although it seems like one British Tesla owner might have a few leads for the California-based electric carmaker.

A Tesla Model S traveled 30 feet in the air, landed on the roof of a Mercedes E-Class, and smashed into the showroom at a Mercedes-Benz dealership in Hertford, England Thursday, Electrek reports. From the looks of a video uploaded Thursday to YouTube, it appears the Model S drove directly through a roundabout, into —or perhaps over—a shrubbery, and straight onto the dealership's property, taking out its semi-autonomous luxury competitor in the process.

Both the Model S and the E-Class appear to have been severely damaged in the crash. The Tesla's airbags deployed, the E-Class's roof was crushed, and at least two glass windows on the dealership structure look to have been shattered. It is currently unclear what caused the wreck, or if anyone was injured.

Jumping cars might look like fun and games when the "good ol' boys" pull it off on television—but in real life, taking an unexpected jaunt through the sky in a car when you're next expecting it is one hell of a bad scene.

A general manager with Mercedes-Benz of Hertford declined to comment on this incident to The Drive.

The Drive also contacted the local police near the dealership, but information regarding the incident was not immediately available, and the agency was not available for comment.