Tesla say the IIHS has “motivation that suits their own subjective purposes.” 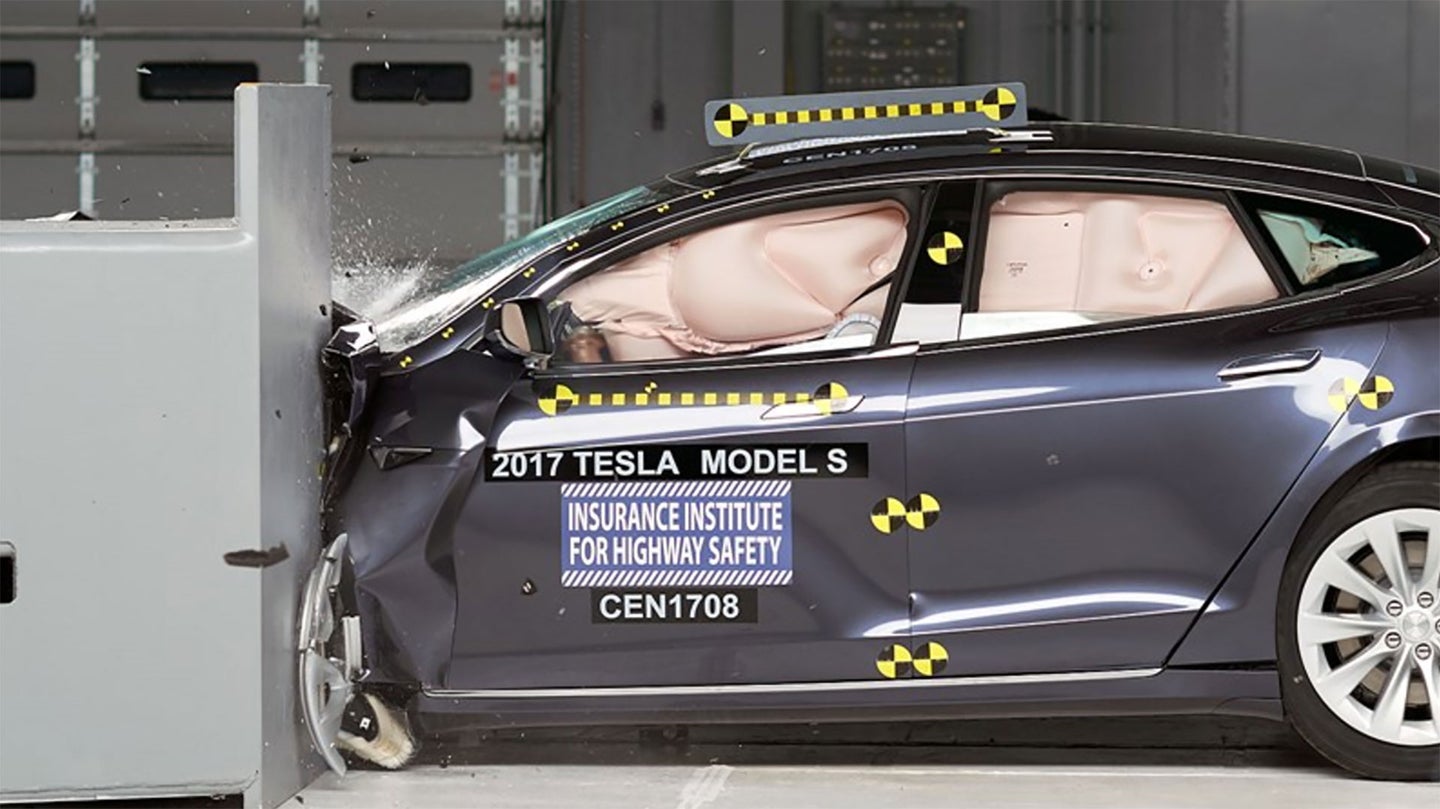 Tesla appears to be a little upset about how the Insurance Institute for Highway Safety (a.k.a. the IIHS) rated the carmaker's Model S. According to the IIHS, the Model S rated as "Acceptable" in the small overlap crash test. This prevents the Model S from being awarded the Top Crash Test Rating, as the vehicle needs to be rated as "Good" on all five tests to score that ranking.

The Model S joins the Ford Taurus and Chevrolet Impala in receiving the "Acceptable" rating in the test, while the Lincoln Continental, Mercedes-Benz E-Class, and Toyota Avalon walk away (or rather, rolled away) with an IIHS rating of "Good."

Rather than going back to the drawing board to improve the Model S's design, Tesla quickly responded saying IIHS has "motivation that suits their own subjective purposes." Tesla then continued on saying the most accurate crash test is done by the NHTSA which also happens to be where Tesla has done the best with its Model S (in 2013) and Model X. Still, IIHS wasn't bashing Tesla in the least as they rated the Model S as "Good" in the moderate overlap front, side, roof strength and head restraint & seats test.

It's also worth noting, the Tesla Model X did very well in the same crash test—and Tesla was quick to brag about that vehicle's IIHS safety rating.