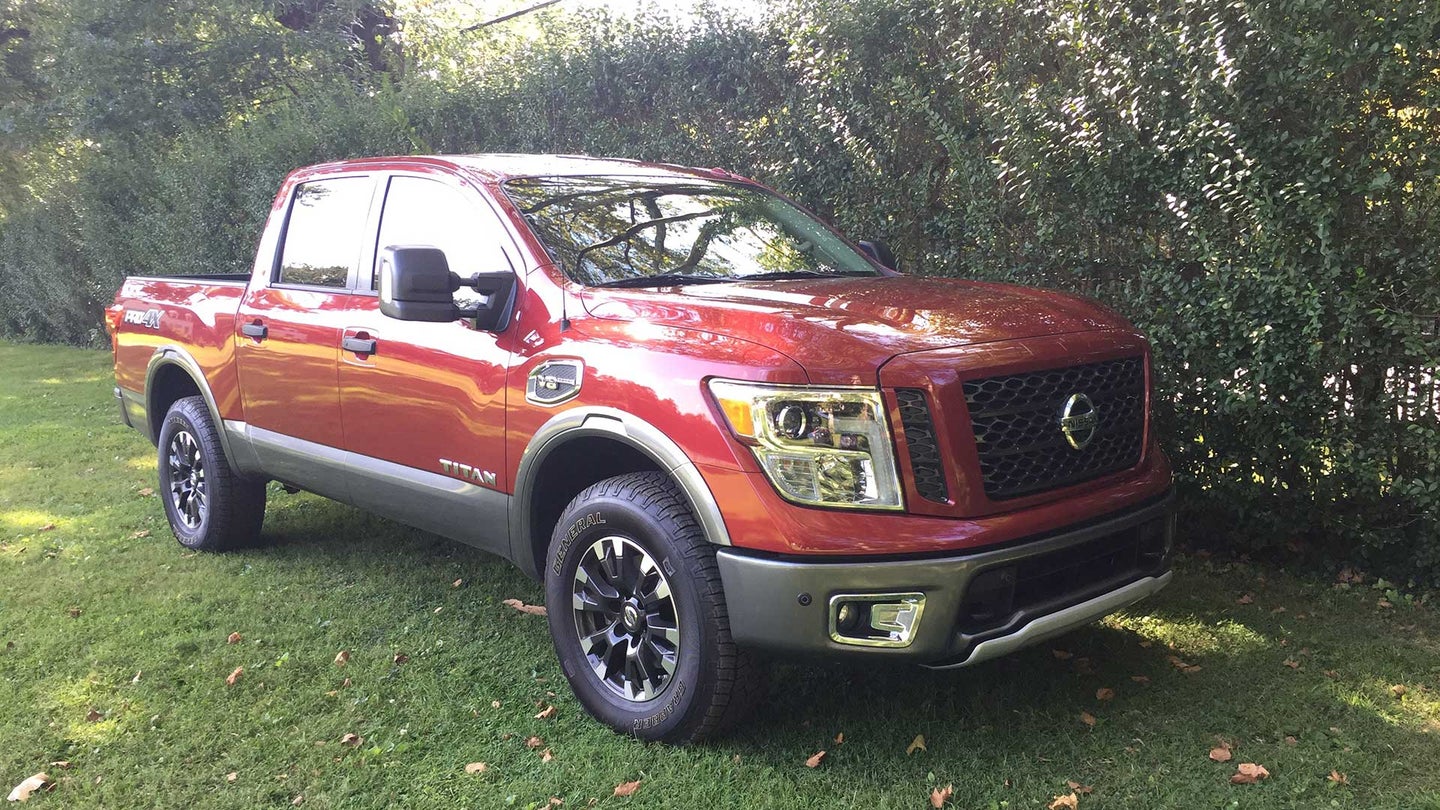 The Nissan Titan crew cab is now one of four large pickups garnering a good rating for protecting drivers in a specific, but common, type of crash.

Nissan modified the front-end structure of 2017-18 Titans to improve protection, and the Titan drew a good rating after recent testing by the Insurance Institute for Highway Safety, the nonprofit group said in a release.

"This is a crash test based on research that showed about a quarter of the serious injuries and deaths to drivers in frontal crashes are in the small overlap, where only a small portion of the front left-side of the vehicle is involved in the crash," Russ Rader, a spokesperson for IIHS, told The Drive.

Most vehicles these days earn good ratings when it comes to protecting the driver in a crash that bypasses the main structure of the vehicle, but where the front left corner hits something, like another vehicle, tree or utility pole.

Pickups, however, have fared less well, with Nissan Titans built before September earning a just marginal rating in the driver-side small overlap front test introduced by IIHS in 2012.

The Honda Ridgeline and the Ford F-150 crew cabs and extended cab are the only other large pickups to earn good ratings in the testing, IIHS said.

IIHS rates a dozen large pickup truck models, including the two best-selling cab configurations. Beyond the four that earning a good rating, the other eight rated as acceptable or marginal, Rader said.

In the latest test, the Titan's driver space was maintained well, with maximum intrusion of 7-inches at the lower door-hinge pillar. Measures from the dummy showed injuries to the left lower leg would be possible in a crash of the same severity.

In both tests, the dummy's movement was well-controlled by the safety belt and airbags.

The Titan is not eligible for a top safety pick award because it lacks a front crash prevention system and both its available headlight systems rate as marginal.

IIHS recently launched a second small overlap front test, on the passenger side, to push manufacturers to pay as much attention to protecting front passengers as drivers.

Nissan Titan Engines Will Be Made in the USA
The Drive
IIHS Taps 64 Models as Top Safety Picks for 2018 By Kate Gibson
The Problem With IIHS Headlight Testing By Justin Hughes
Mazda Is the Safest Automaker, IIHS Says By Chris Tsui
MORE TO READ