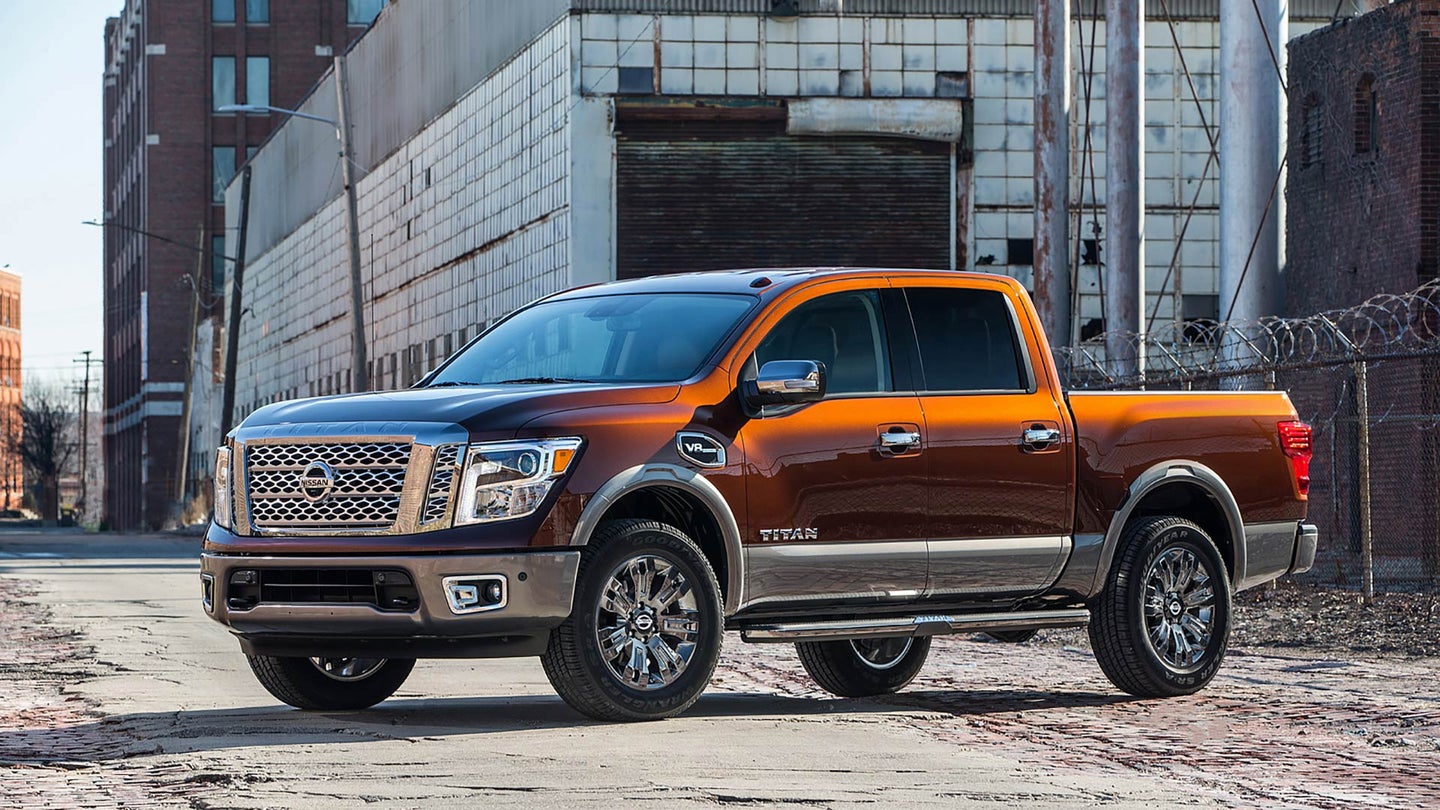 The all-new Nissan Titan is a massive improvement over the previous, first-generation version of the full-size truck, offering far more palatable looks compared to the old one, two solid engine options, and a top-notch interior in the upper trims. And those improvements are showing up in the marketplace; as it turns out, the Titan is quickly picking up in sales figures: Through September, Nissan has moved 35,549 copies of the truck. Although that doesn't come close to the 658,636 F-150s sold through September, according to Nissan, the carmaker is selling 274 percent more Titans than it did than last year.

This is most likely in part due to the marketing push Nissan had done for the Titan, as well as all the 2017 introduction of the regular Nissan Titan, in addition to the semi-heavy-duty Titan XD that was introduced last year. Although these two vehicles don't perfectly fit into categories as cleanly as their Chevy, Dodge and Ford counterparts, you can loosely tie the Titan to the domestic automakers' half-ton pickups and the Titan XD to the three-quarter ton segment.

Proving it is just as capable as its American counterparts, the Titan is no longer a lesser truck—and has become more like that new kid we all should keep an eye on.

Please be sure to check out The Drive's full reviews of the Titan and Titan XD in the links provided.