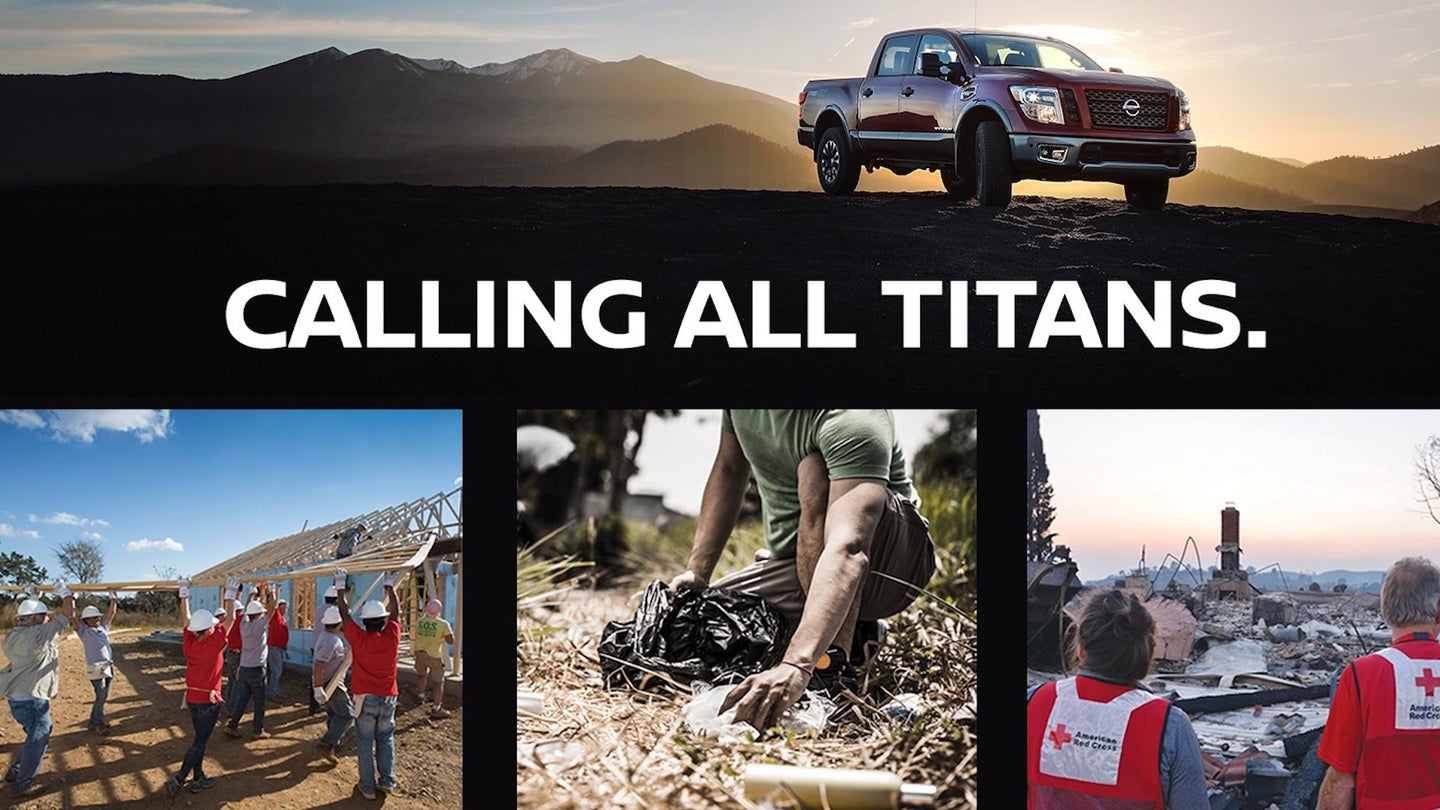 Nissan announced its new "Calling All Titans" marketing campaign earlier this week, which aims to honor everyday heroes who use their pickup trucks to make the world a better place.

The automaker partnered with the American Red Cross, the National Park Foundation, and Habitat for Humanity to highlight what Titan truck owners accomplish behind the wheel of their Nissan pickups. From disaster relief to conserving America's ecosystems and building affordable housing for those in need, each one of these institutions represents what the spirit of goodwill is all about.

To most folks, a truck is just a truck, but that's about as accurate as saying that the smartphone in your hand is just a phone. Pickup trucks, like many other vehicles out there, serve a greater purpose when put into the hands of good people—or "Titans" as Nissan calls them—who have a passion for serving others.

"We have seen that TITAN customers are the kind of people who want to get the job done and leave their world better than they found it," said Jeremy Tucker, vice president, Marketing Communications and Media, Nissan North America, Inc. "Be it conservation of the outdoors, contributions to local charities or simple acts of kindness, there is a natural desire among pickup truck owners to take action when help is needed."

Even though Calling All Titans is a marketing campaign designed around the Titan pickup truck, Nissan is putting its money where its mouth is and donating $1 million to each of the three organizations: the Red Cross, the National Park Foundation, and Habitat for Humanity. In fact, the automaker has been involved with Habitat for Humanity for years already, going as far as inviting journalists to build homes for families in need.

"From the grassroots efforts of our local dealers to the great work being done on a national scale, Calling All TITANS gives us a meaningful way to connect the capabilities of our TITAN truck with our current and future customers – the Titans of our world - answering the call when they see a need," said Tucker.

Starting in September, new advertising spots and social media campaigns featuring the Nissan Titan will highlight the amazing endeavors of each nonprofit. If you're feeling inspired and want to join other local heroes, you can check out CallingAllTITANs.com for information on how to donate, volunteer, and more.