With Plummeting Sales, Nissan Drives Its Titan Pickup Truck to the Chopping Block

Pickup truck sales are at an all-time high across the industry, so Nissan hopes an updated lineup and a refreshed Titan due in 2020 will pay off. 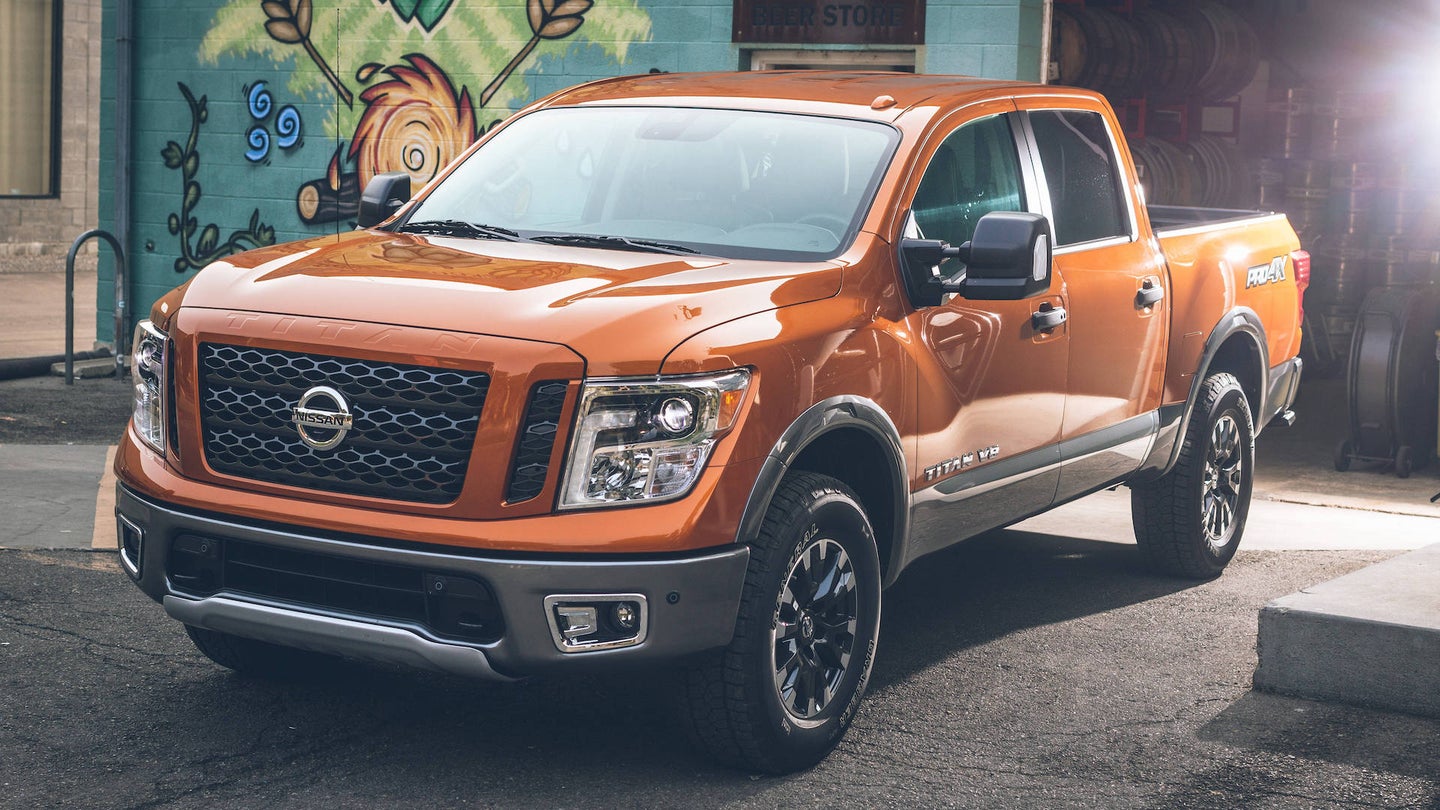 Sales of Nissan's current full-size Titan pickup truck historically haven't been good, and they certainly haven't improved in recent times—but quite the opposite. Nissan sold just over 52,000 in 2017, a hair over 50,000 last year, and is on track to fall short of that by the end of 2019. In a segment that sold almost 2.5 million trucks last year, those figures aren't just poor; they're worst-in-class by a huge margin. And to salt the wound, one study found that those who do commit to buying a new Titan are more likely than any other new pickup buyer to resell their trucks within a year of purchase.

There are many reasons why truck buyers have ignored the Titan, but perhaps the biggest reason is that it never really fit in. For example, in the case of the XD Diesel, it fit between half-tons and three-quarter-tons, meaning that on paper it couldn't compete against the heavy-duty trucks of the world, and it was too expensive when compared to half-tons. Another is the lack of cutting-edge tech and overall refinements. Sure, it eventually got a kick-ass sound system, but it was much too late—and truck guys don't really buy trucks based on sound systems. Lastly, as our very own editor-in-chief Kyle Cheromcha put it, "the Titan looks, feels, and is dated."

With sales brutally low, Nissan took notice of the situation and confirmed to The Drive this week that its flagship pickup will be among the 70 percent of its lineup to receive significant updates within the next 20 months. According to a Nissan spokesperson, a "new and dramatically refreshed 2020 Titan" will be revealed later this year with no regular cab option, and the extended "King" cab taking its place as the entry-level cab option on both passenger and work trucks.

Alongside the updated Titan will come an equally updated Titan XD, which will drop the 5.0-liter Cummins and adopt the moniker "Titan XD Gas." Nissan didn't specify which engine the Titan XD Gas will use, though we speculate it could be a more powerful version of the 5.6-liter VK56VD V8 found in the current Titan, where it makes 390 horsepower and 394 pound-feet of torque. A close relative of this engine—found in the Nissan Patrol Nismo sold overseas—makes 420 horsepower and 417 pound-feet of torque.

A reveal date for the 2020 Titan and Titan XD Gas has not yet been specified, but there's a reason to believe it could launch this Fall at the State Fair of Texas, where Nissan revealed the updated 2019 Titan last year.