The current Frontier has a loyal following. Will the new truck widen its appeal? 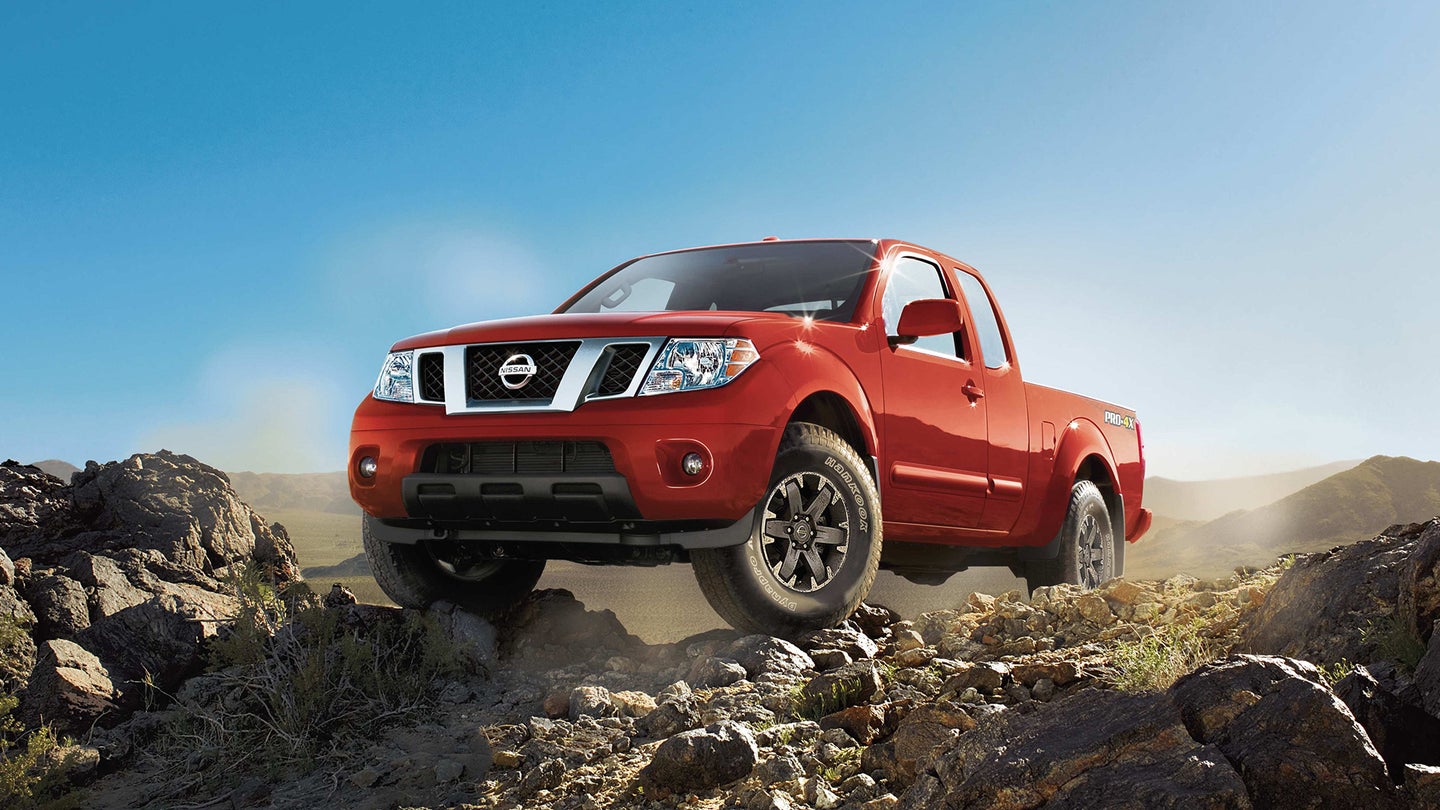 A common criticism of the current-generation Nissan Frontier is that it's essentially 15 years old, and any other truck on the market will offer a better, more modern experience. But the Frontier remains a true midsize workhorse with fans all over the country—if it ain't broke, don't fix it and all that. So what does that mean for the next-generation version, whose development is finally underway?

Recently The Drive attended an event in Miami focusing on Nissan's vehicles that start under $20,000, and yes, one of those is a manual transmission-equipped, rear-wheel-drive Frontier. While it may not have power windows or door locks, it does have a touch screen radio with Bluetooth support and a backup camera. It's also the only pickup truck you can cop for under $20K.

One of the big appeals of the Frontier, at any price, is how much cheaper it is than the competition. Being a truck from 2004, it's also much smaller than the recently-developed midsizers from GM and Ford. Nissan sold nearly 6,000 Frontiers in August, and really, sales have remained consistent for years.

"Enthusiasts love the size, capability and price point," said Michael Yarger, a senior marketing manager for trucks at Nissan. "It's also a good starting point for a build."

But there's a new Nissan Frontier coming, at long last. While we don't know when specifically it'll debut—Nissan is currently focused on the updated Titan being shown at this year's State Fair of Texas—we do know that it'll be all-new and built in Canton, Mississippi. Given that the last generational update occurred during the first W. Bush Administration, there are likely to be some pretty major changes and updates to the current formula. We asked Yarger if the new truck would hold the same appeal as its plucky contemporary.

"Enthusiasts will love the new truck," he replied.

He added that if a buyer is looking for "advanced technology," they might be better off waiting for the new truck. There are two things we can parse from this. One, Nissan has no intention of throwing any money at upgrading the current model in its final days. And two, the new Nissan Frontier will pack a lot more tech of all stripes on board—which means a bigger, heavier, and more expensive truck.

So how to maintain enthusiast appeal while sacrificing three of the current model's central tenants? Head off the beaten path. There are rumors that Nissan's considering a NISMO-branded off-road trim to battle the Tacoma TRD Pro, and much of its current marketing around the truck has to do with turning it into an overlanding rig. It's clear Nissan knows people want trucks that can perform in the dirt. We'l find out which route they took soon.

If you’re tired of Jeeps and Chevy Colorados, these could tick the box for your next modern off-roader.

The current-gen Frontier has been around for 15 years, and when compared to the Toyota Tacoma, Ford’s Ranger is being outsold more than five-to-one.