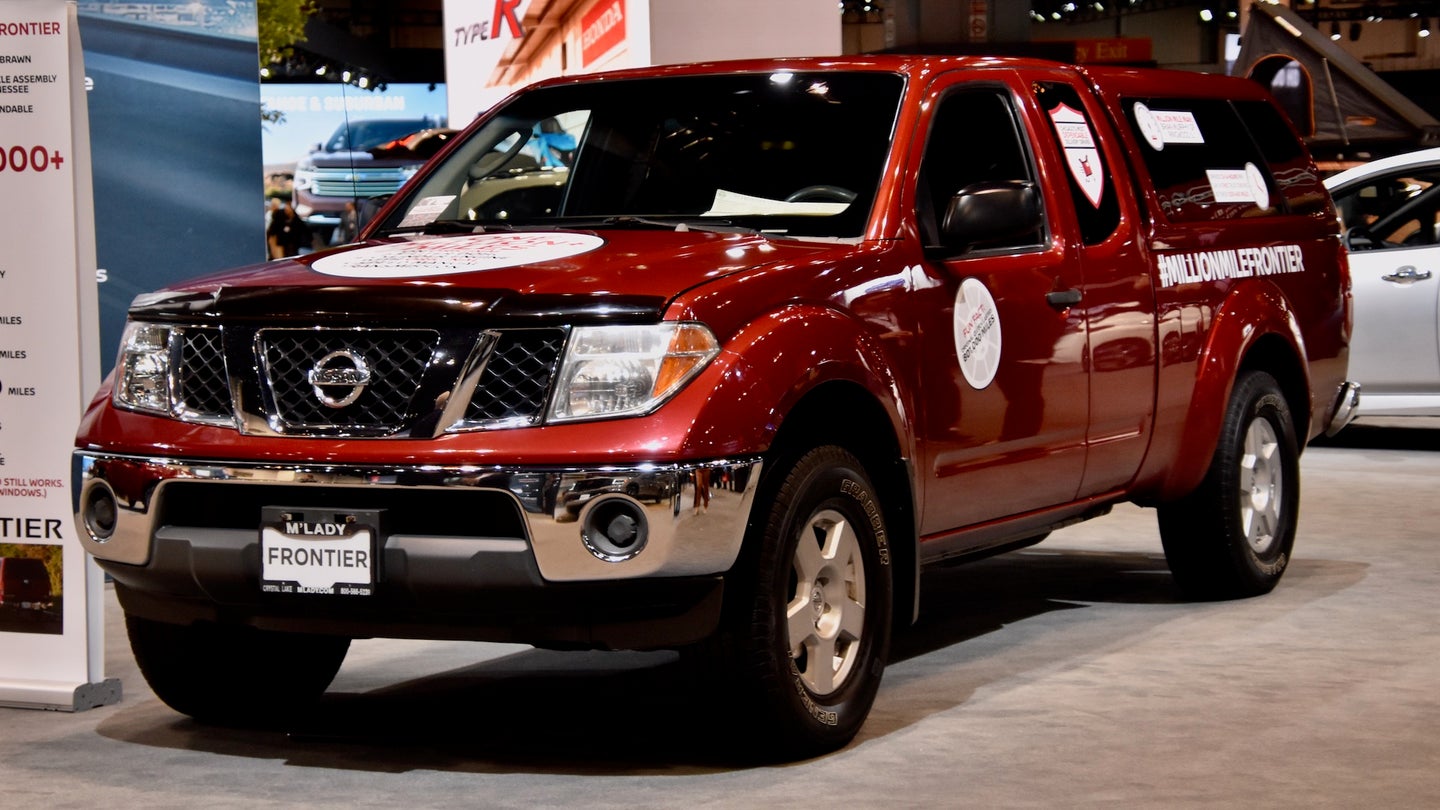 Nissan has decided to reward Chicago-area courier Brian Murphy for driving his base-spec 2007 Frontier pickup more than one million miles—and letting the automaker put on display at this year's Chicago Auto Show—by giving him a free 2020 Nissan Frontier built exactly to his specifications.

The venerable Frontier will receive the model's first significant update in a decade this year, constituted by a 310-horsepower, 3.8-liter V6 and a nine-speed automatic transmission. This powertrain is thought to be an interim upgrade meant to tide everyone over until the long-awaited reveal of the next-generation 2021 Frontier, expected before the year's end, that will finally replace the Bush-era truck that's been on American roads since 2005. The truck Murphy's scoring for free will have that fresh powertrain, and it's just one of a few things he's looking forward to about his new Frontier.

"They're not gonna start building the new one with the new engine until mid-April, they tell me, and at that time I can order what I want. They're also gonna fly me down to Mississippi and watch it be built," Murphy told The Drive on the floor of the Chicago Auto Show. Murphy doesn't plan to retire for another six to seven years, so he's still speccing his 2020 Frontier for his current line of work, not building some crazy dream truck on Nissan's dime.

"I'm tired of shifting, so I'm gonna get an automatic, and I'm gonna switch to the [new] V6. They say it gets as good of mileage as the four-cylinder, so I'm gonna go with that," Murphy said. "I have to stay with the king cab because I need more space in back than in the cab, and the bed on the crew cab is a little shorter."

Still, Murphy admitted he "might" spring for a top-of-the-line Pro-4X if it makes sense for him—we think that trim's off-road-oriented Bilstein shocks are a fine idea given the crumbling roads in Chicago. He also confirmed a change of paint color was in order: "I think I might get dark blue next time."

If the paint on his next truck lasts as well as the red on his old one—which is bound for Nissan's corporate museum in Nashville, Tennessee—it may still look almost brand new when retirement finally rolls around.

"Hopefully by the time I do retire, I'll still have a halfway decent truck, even though it'll have half a million miles on it!"

There are plenty of jokes to be made about the fact that Nissan is technically able to give him almost an exact replica of his truck since it's still building the very same model well over a decade after Murphy strolled into his local dealership and bought one. But it's impressive to see the automaker step up and give a working man a new version of a tool that's served him so well over that time. So let's make this a thing, everyone: hit a million miles in your car, and you get a free replacement.