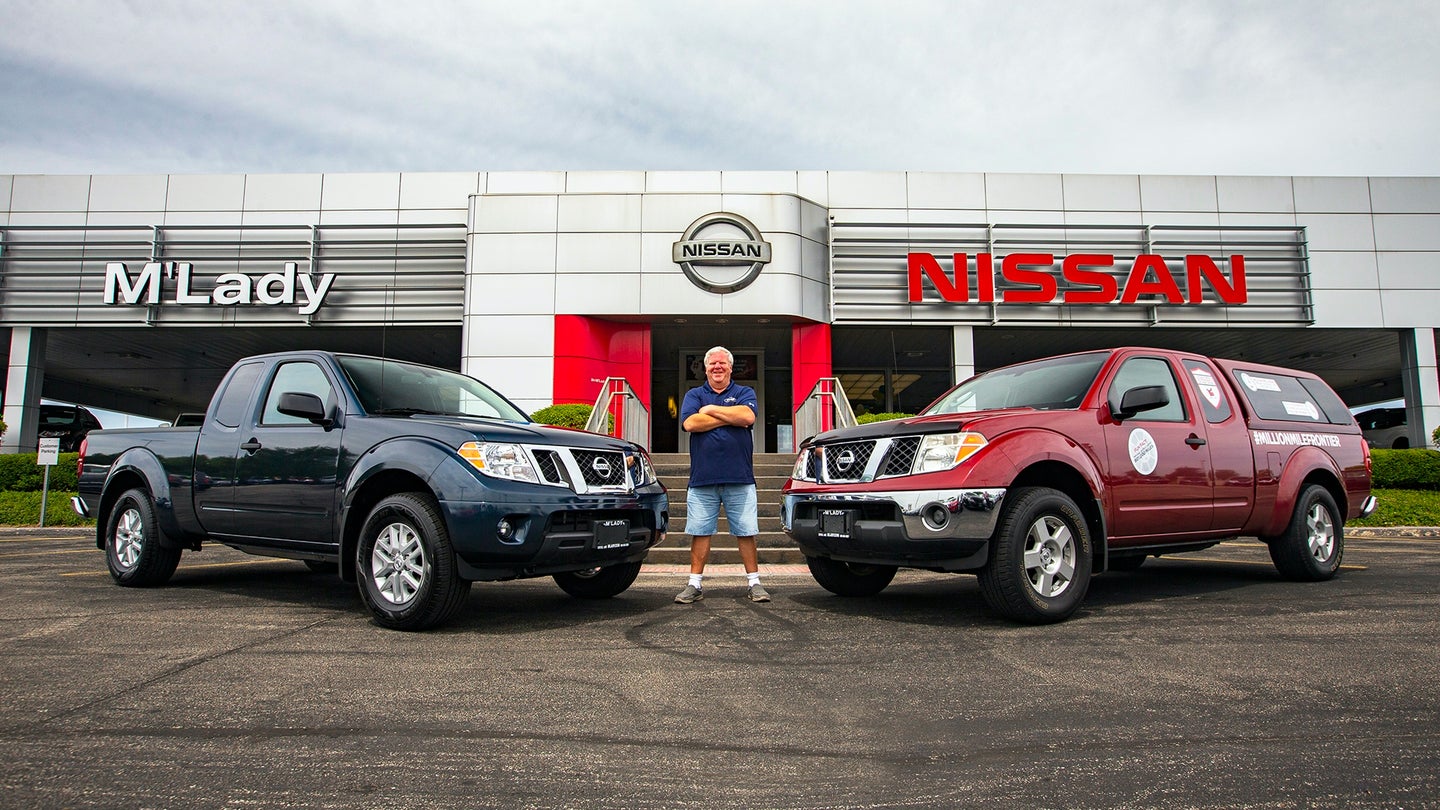 Over the span of some 13 years, Chicago-area courier Brian Murphy racked up more than one million miles on his stick-shift, four-cylinder 2007 Nissan Frontier. When Nissan heard one of its trucks broke the rarely-seen seven-figure barrier, it invited Murphy to this year's Chicago Auto Show in February, where it gave the soft-spoken deliveryman the VIP treatment and announced it would trade him an enhanced 2020 Frontier for his old model. And this week, the handover happened, sending the million-mile Frontier into retirement at the factory that built it.

Murphy presented Nissan with the keys to his truck at M'Lady Nissan in Crystal Lake, Illinois, where he bought the truck over 13 years ago. Before loading the vehicle onto a truck for shipment to its factory in Smyrna, Tennessee, Nissan left Murphy with another set of keys, which correspond to a freshly-built 2020 Frontier.

Updated for this one model year before the coming 2021 redesign, the new-old Frontier features a modernized 3.8-liter direct-injection V6, which produces 310 horsepower and 268 pound-feet of torque. Power goes to the rear wheels exclusively through a nine-speed automatic, which keeps fuel economy at the same level as the retired four-cylinder model, and takes the laborious job of shifting gears out of Murphy's hands. At 62, he's quite tired of rowing his own gears—he said so when we talked to him in Chicago.

"I'll miss this truck, no doubt, but I'm glad it's going back 'home' to Smyrna," Murphy said in a press release. "At the same time, I'm ready for my next chapter, and I can't wait to experience my new Frontier and its all-new powertrain. I know that this 2020 Frontier will bring the same durability that I've relied on for over 13 years."

Murphy expects to retire in several years, but he won't rule out meeting the one-million milestone again before calling it a career.

"I'd never say never—especially in a Frontier," he quipped.