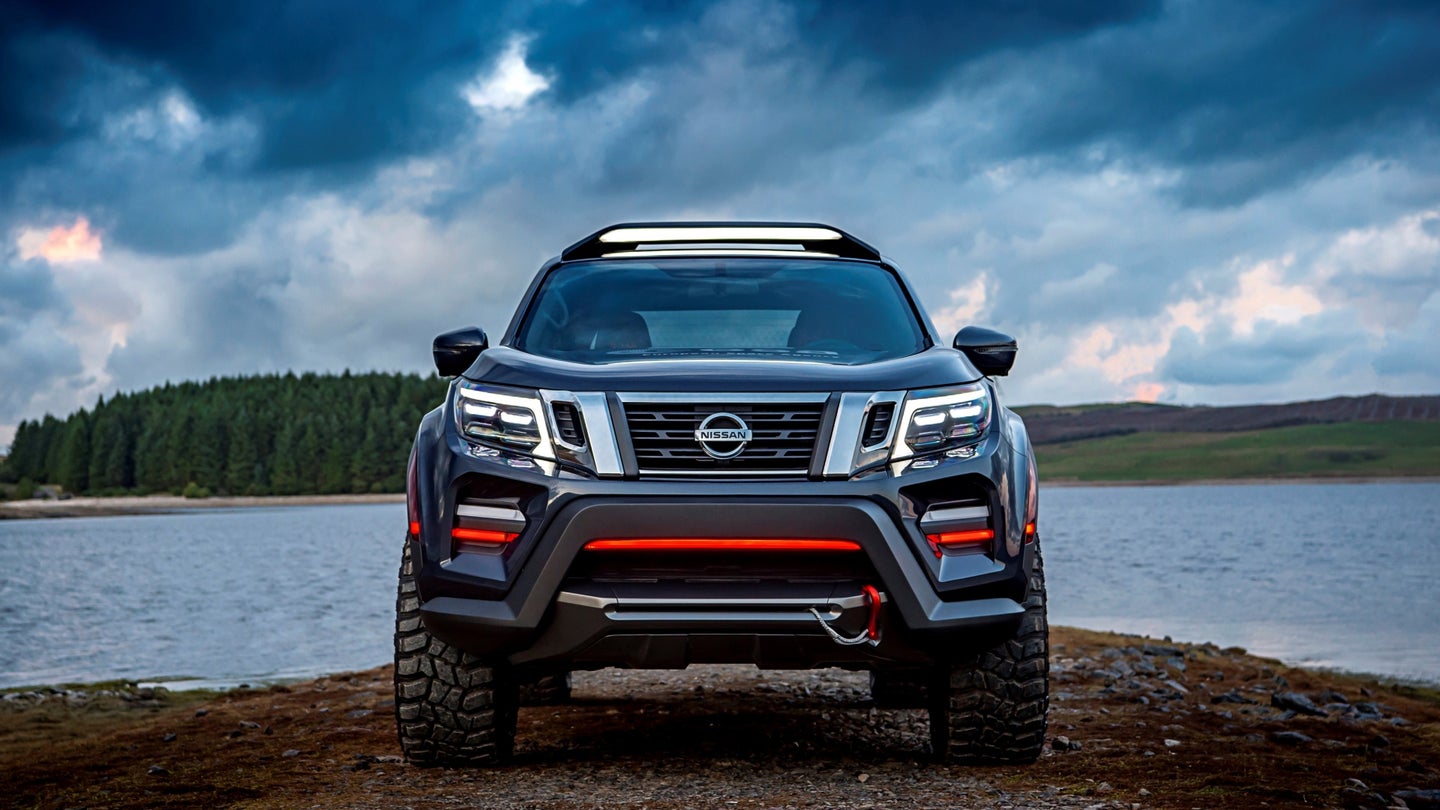 Nissan's in-house performance division Nismo isn't one to turn down a challenge. The niche OEM powerhouse may not have the name recognition of, say, BMW M, but that doesn't make it any less capable of bringing the heat—which is why one of Nissan's top executives believes an off-road performance pickup would be a perfect project.

Meet Stephen Lester, Managing Director of Nissan Australia and the man who's pushing for a Nismo-badged pickup. Specifically, Lester told CarsGuide in an interview that he wants to see more power under the hood of the Nissan Navara, the company's international-market midsize pickup, to have a go at the new Ford Ranger Raptor.

"I would love the team at global to give us an engine that’s in another car," explained Lester, hinting at shoehorning in one of Nissan's gasoline power plants back into the Navara. "We’ve got some tremendous engines... Trust me, we don't miss an opportunity to remind them that there’s a pretty big engine bay there that could fit an extra couple of cylinders."

The Nissan Navara is sold as the Frontier in North America, though the U.S. and Canada didn't get the third generation that was launched around the world in 2014. Instead, we're stuck with the same heavily-refreshed second-gen model that's been around since the mid-2000's. So this possible hi-po off-roader wouldn't be based on that ancient pickup, but a newer one that is by all accounts a solid truck—minus the fact that it only comes with a range of four-cylinder engines.

And while we'd be all for stuffing the GT-R's magnificent 600-horsepower VR38DETT into a global pickup, don't hold your breath for such insanity. If Nismo is looking to honestly compete with the Ford Ranger Raptor, some sort of middle-ground V6 would make more sense. CarsGuide speculates the 3.0-liter twin-turbo V6 (400 horsepower, 350 pound-feet of torque) from the Infiniti Q50 Red Sport would fit the bill nicely, and they're not wrong about that.

While Lester obviously has his home market of Australia in mind, that doesn't mean America is completely out of the question. Nissan's consumer pickups sold here (the Frontier and Titan) account for roughly 9.6 percent of their total U.S. sales in 2019 alone, perhaps keeping the door cracked for a global offering to make its way to a dealer near you.

"I can only hope that LCV (light commercial vehicles) team heeds some of that pressure from our group," Lester said. "We’re not the only ones around the world that would like to see it. We’re always keeping the pressure on."

The 50-year-old Godzilla boasts several improvements and new turbochargers from its GT3 racing sibling. But are they worth the price tag?

A day with Nismo offers a tantalizing glimpse at Nissan’s electric performance aspirations.