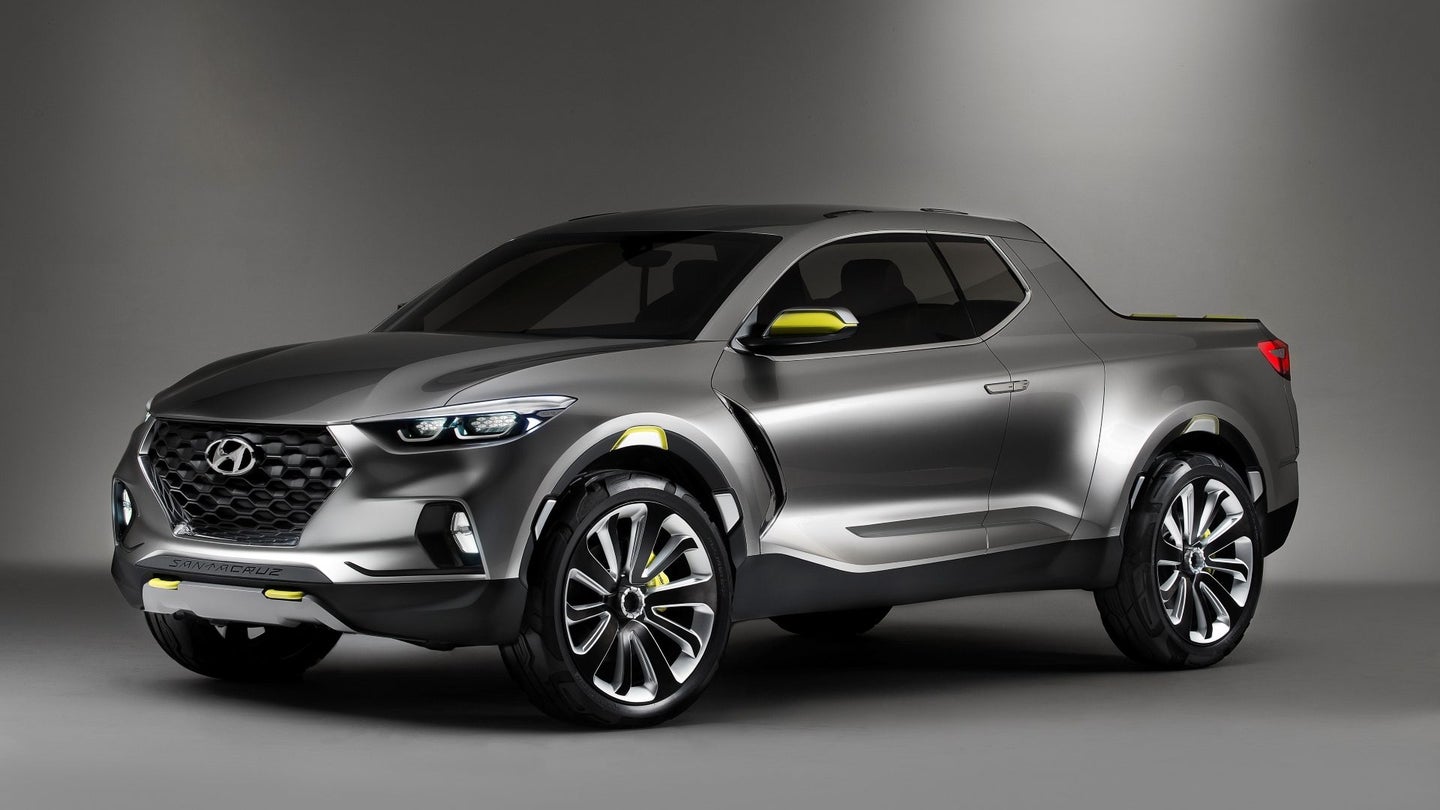 We already know Hyundai is working on a midsize pickup truck called the Santa Cruz, but a recent interview with Hyundai N boss Albert Biermann leads us to believe that the company isn't ruling out a performance version of the truck—one that could rival Ford's Baja-inspired Ranger Raptor.

When Australia's carsales asked Biermann if he had plans on working on an N version of the upcoming truck, he alluded, "You have to be ready for everything from Hyundai and Kia, everything is possible. So there's no limitations." When The Drive reached out to Hyundai for comment, a company spokesperson unsurprisingly refused to add anything more to Biermann's statement.

For those out of the loop, the Ford Ranger Raptor takes the popular F-150 Raptor's higher, wider, meaner, more offroad-ready formula and applies it to the Blue Oval's midsize Ranger. Like seemingly all good things small in size, it isn't currently scheduled to come to the U.S.

The report goes on to speculate that a potential Hyundai Santa Cruz N could feature long-travel, trophy-truck style suspension, more poke under the hood, and more aggressive styling—in addition to N's signature baby blue trim. It's rumored that it will use a more powerful version of the Veloster N's 275-horsepower 2.0-liter turbo-four possibly boosted to make around 300 ponies.

In the same conversation, the ex-BMW M head told carsales that his team is working on a smaller hot hatch very likely based on the overseas-only i20 supermini, as well as a performance SUV which sounds an awful lot like the previously rumored Tucson N.

N version or not, Hyundai's upcoming pickup may or may not be rebadged as a Kia, too.