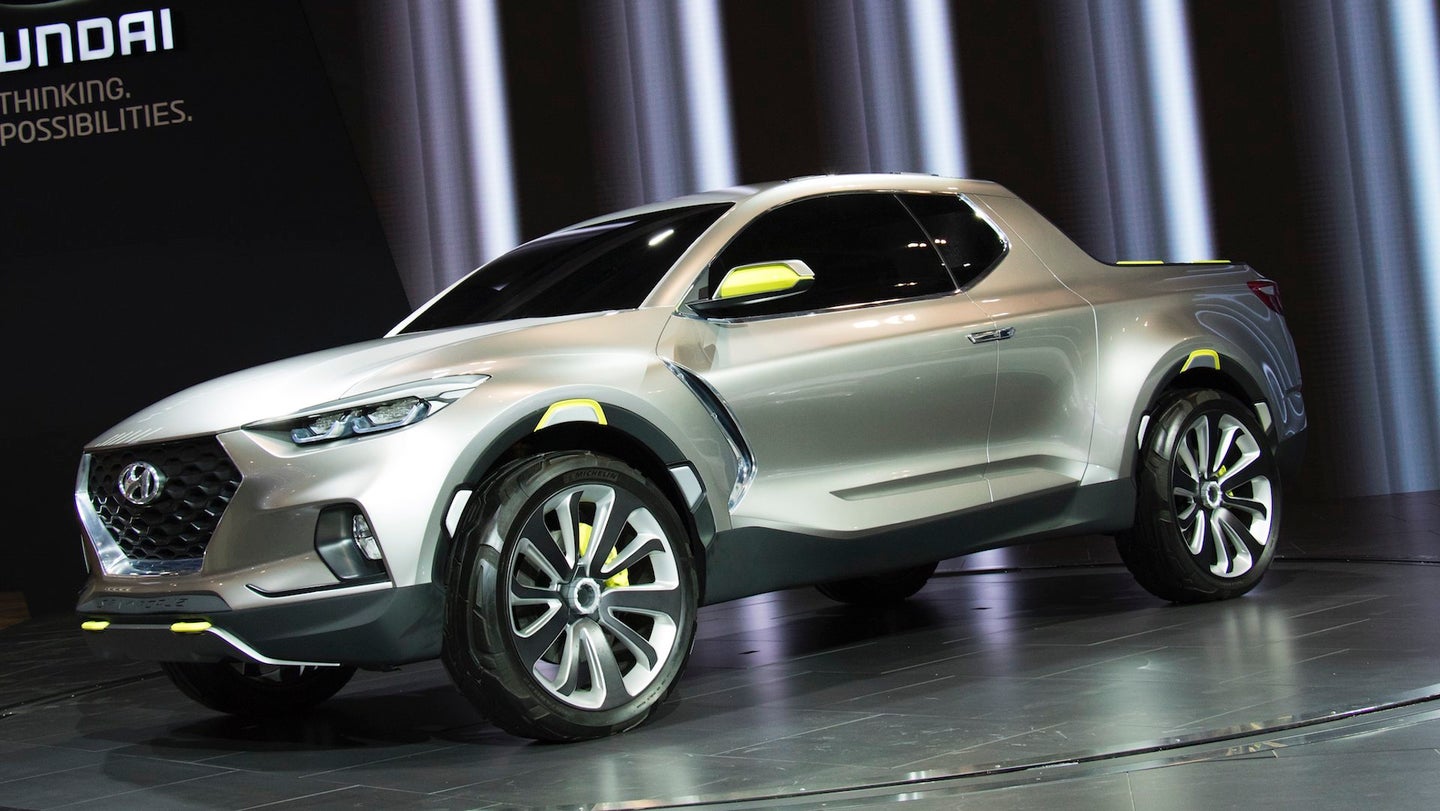 One of the biggest automotive stories coming out of Korea is the emergence of the new Hyundai Santa Cruz pickup truck. The Korean automaker initially teased our eyeballs with the Santa Cruz Crossover Truck Concept at the Detroit Auto Show back in 2015, and although we know it’s been greenlit for production we've yet to witness any pre-production prototypes rolling around. Until now.

Quietly hitting Instagram is what appears to be our first glance at the upcoming Santa Cruz pickup in production form. Although it’s wrapped in layers upon layers of camouflage like most prototypes typically are, it still gives us our best look yet at Korea’s new truck.

From what we can see in the picture, the test mule retains the Santa Cruz concept’s overall profile, rather than going for a more butch and upright appearance. Given that Hyundai is pitching the Santa Cruz as a “Crossover Truck,” this isn’t too surprising. Plus, we’ve sort of been expecting a pickup along the lines of the unibody Honda Ridgeline.

Other somewhat observable details include a seemingly Palisade-like front end with large cutouts in the lower front fascia either for daytime running lights, fog lights, or perhaps cooling vents for the front brakes. Most importantly, it appears the production version will do without the suicide-style mini rear doors and opt for a more traditional four-door crew cab arrangement. As such, it looks like the new Santa Cruz will have plenty of space to haul five people and tons of gear.

According to KoreanCarBlog, the Santa Cruz shares a similar internal code name as the next Tuscon (NX4), with the Santa Cruz’s version receiving the “OB” appended to the NX4 code for “NX4 OB.” This suggests that the Santa Cruz will likely feature a unibody as opposed to a more traditional body-on-frame pickup truck. Furthermore, some rumors suggest that Kia will too produce its own pickup truck based on the Santa Cruz.

The new truck will be assembled at Hyundai’s plant in Montgomery, Alabama, following a $410 million retooling investment.