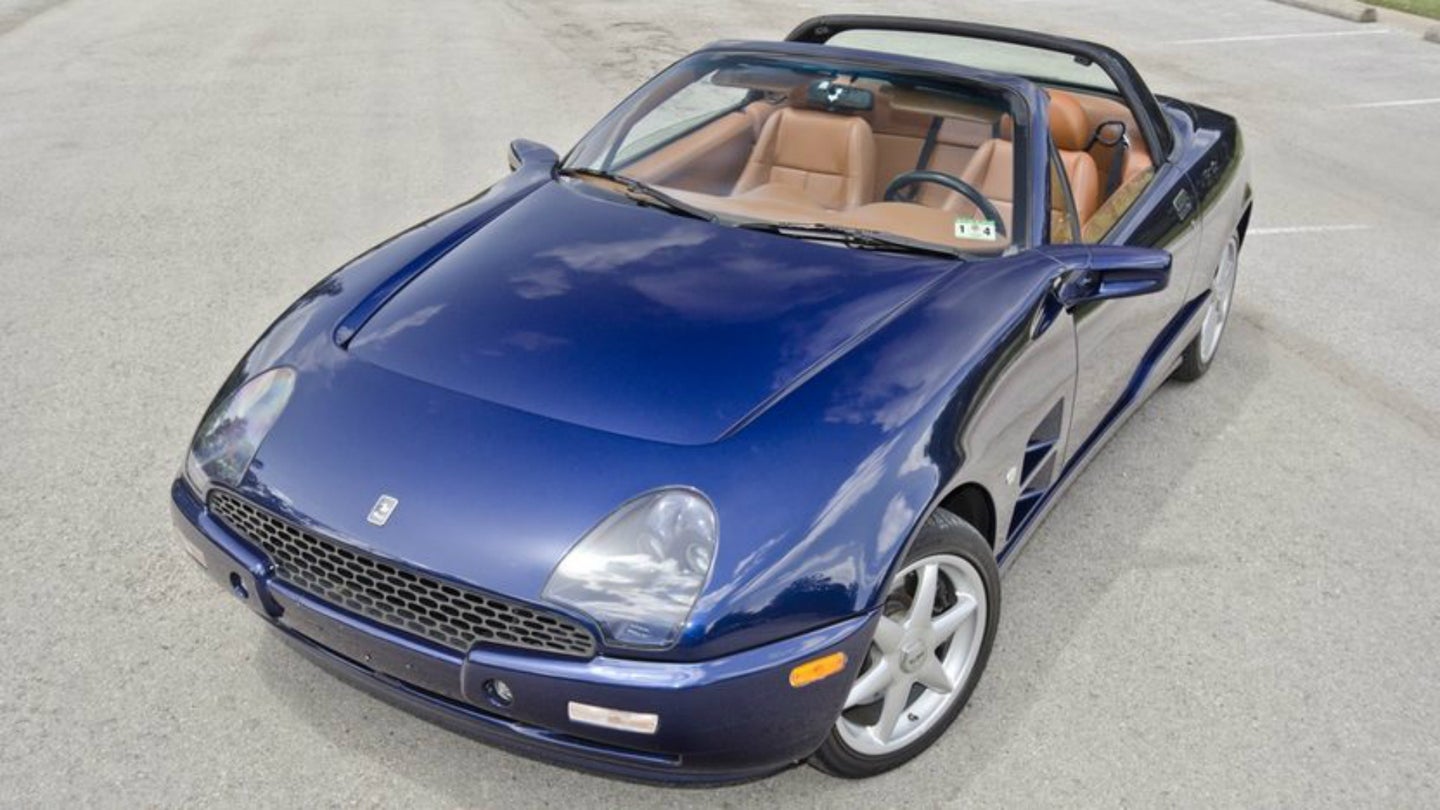 Let's look at a forgotten classic that still comes up for sale every now and again – the 2000-2002 Qvale Mangusta. This 2+2 grand tourer with a Norwegian name was built in Italy using American parts.

The car was initially developed by Alejandro de Tomaso, the Argentinian-Italian racer and businessman who willed into existence both the Pantera and the gorgeous original Mangusta sold from 1967-1971. Like those earlier cars, the new millennium's Mangusta (originally slated to be called the De Tomaso Biguá) blended an Italian body and interior with reliable Ford engines and drivetrains. The new car used the proven 4.6-liter 320-horsepower engine of the SVT Mustang Cobra. To fund the project, de Tomaso partnered with famed Norwegian-American auto importer Kjell Qvale, a founder of the Pebble Beach Concours d'Elegance, and his son, Bruce Qvale.

After the two sides had a falling out, the Qvales chose to produce the Biguá on their own. They couldn't use de Tomaso's well-known surname, though, so they rebranded the new car as the Qvale Mangusta as a means of tying it to the three-decade-older ur-Mangusta. Production began in Modena, Italy in late 1999, and sales started in 2000.

The new Mangusta was designed by the renowned Marcello Gandini, who had penned the iconic Lamborghini Countach and outrageous Cizeta-Moroder V16T earlier in his career. Unlike those older angular designs, the Qvale is fairly bulbous looking – particularly when viewed from the side. It's striking from the front, however, and the Mangusta has Gandini's signature notched rear-wheel arches, like the Lambo and Cizeta.

A unique feature of the Qvale Mangusta is its innovative roof structure, dubbed "roto-top". It pairs a one-piece removable center section with a power-retracting rear roof and window glass. The roto-top allowed you to use the Qvale as a closed hardtop, a half-open targa, or a full convertible. It's brilliant.

At 165 inches long and 3,350 pounds, the Mangusta is more than a foot and a half shorter and 200 pounds lighter than a Mustang Cobra convertible of the era. This truncated form left the Qvale with a vestigial back seat better suited for luggage and pets than people. Front seat passengers were greeted with a comfortable blend of American and Italian elements, however. Much of the switchgear and instrumentation comes directly from the Mustang, but thick leather covers the seats, dash and doors. In a Car and Driver

test from 2000, the Mangusta needed 5.5 seconds to hit 60 mph and cornered at 0.80 G – decent performance, but no better than the Mustang on which it's based.

Car and Driver's reviewers disliked the Mangusta at $85,000 (equivalent to $122,000 in 2017). But, after 17 years of depreciation, you can snag one for less than $20,000. Only 284 were built before the Qvale family sold production assets to Britain's MG Rover. This makes it one of the rarest cars on the road, despite the fact any Ford mechanic can service the engine.

What's that combination of accessible and exotic worth to you?

Starting with Dawn Patrol, we take Pebble Beach by force.