Starting with Dawn Patrol, we take Pebble Beach by force. 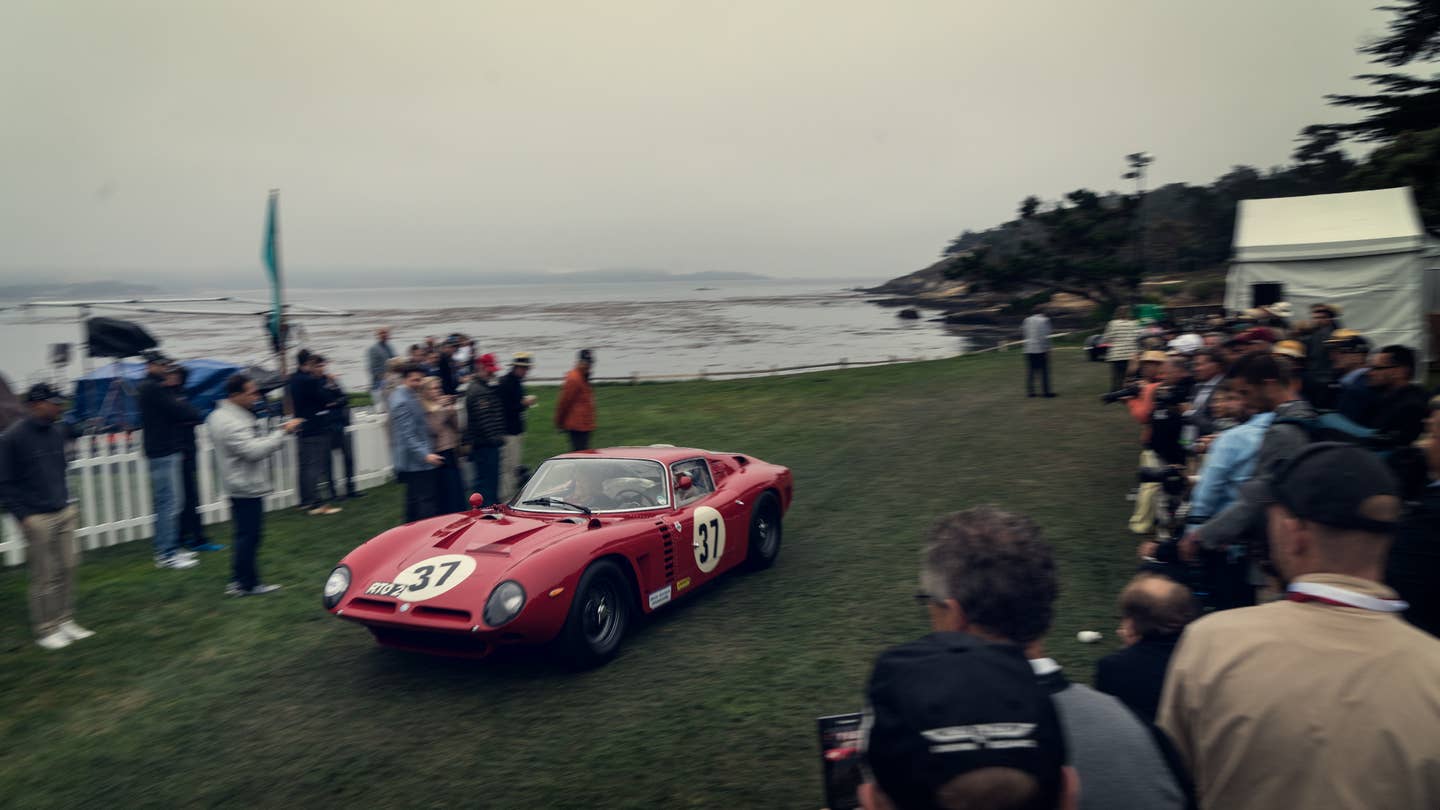 3pm: How it Feels to Race a BMW M1 at Laguna Seca

I'm feeling amped up in the pits at Laguna Seca, sitting in the deep-idling BMW M1, but also a little snakebit. Earlier in the day, I managed to spin the burly vintage racer on the opening lap of the morning’s race, forgetting that its gummy Goodyear slicks and wheels aren’t fully up to temperature. My bad. I point the 36-year-old mid-engine beauty back onto the famous road course, but three laps later, the white-winged Bimmer ominously wags its tail heading onto Laguna’s long uphill straight. I manage to catch the slide, but my heart sinks: The right rear tire is punctured. I limp back to the pits, and my morning session is over, before it’s barely begun. Read more....

The Wonder Bread Special! Sounds like a sandwich right? Mustard, ham, a slice of American cheese. Nope. This is a 1931 racecar, owned by Pat Phinny of California. Here's how the story goes: Young kid attends an early race at the Indianapolis Motor Speedway, way back early in the 20th century. At the start, the race balloons are released: yellow, blue and red. Someone yells out 'This is wonderful!' So this kid watching the race goes ahead and launches a brand that would later be called Wonder Bread, packed in white, with red, blue, and yellow spots on it, just like the balloons from the start of the race.

And that was how the dubious American icon, Wonder Bread, was founded. In 1931, Wonder Bread sponsored this Indy car. Sandwich between the rear wheels and front wheels is a cockpit big enough for two (a driver and a mechanic) and a Duesenberg engine. Delicious.—A.J. Baime

1912 Delaunay-Belleville Ombibus. "I hate that giant taxi looking thing because it was built in my hometown. It's where the mullet and techno were invented. Not at the same time."—Brett Berk

5:45am: Dawn Patrol Begins With a Ford GT

Sleep is for fools. That's the word at Monterey Motor Week, where there is just too much for any aficionado to see. And then there's the Pebble Beach Dawn Patrol, an unofficial and yet essential component of the Concours d'Eegance. This is where the truly exhausted go for broke. Like Polar Bear Club swimmers, the vintage car tribe unnecessarily  inflicts a little low-stakes pain as the cost of entrance, and rolling out of bed at 3am with a crushing hangover is that pain. They swallow Advil and trudge near the teebox on the 18th hole at Pebble Beach to watch a parade of exquisite collectable cars roll onto the fairway in preparation for the Concours d'Elegance this afternoon.

The 2016 Gumball 3000/Pagani party at Monterey Car week had everything: The most expensive hilltop rental villa in Carmel. A shuttle bus from the bottom of the hill to the top. A hundreds-long line of trust fund kids and Saudi princes waiting to get in like 5th graders at a bus stop. A limited edition Pagani parked in total darkness.

Two hundred men. Two hundred boys. One hundred women of all ages—including the catering staff—and thumping techno, bro. Lots of that. Another limited edition Pagani parked in total darkness. Lines to the bathroom. Lines inside the bathrooms. A Pagani that was allegedly “one-of-one-of-one.” Porsche racing legend Jochen Maas.

Drunk kids with Paganis, talking about Koenigseggs. A massive kitchen with no apparent food. A guy who claimed to work for Wired. A group of girls who were. Men with more plastic surgery than their dates. People who’ve never heard of Jochen Maas. Skinny Estonian girls with eyes as glazed as the donuts hardening in every “Media Center” on the peninsula.

The weakest good drugs since the week after Escobar was shot. A DJ not from France with a fake name that sounded French. People getting in line for pictures with Jochen Maas. Men who would pay for sex if they could get cell reception. Girls of a certain-age-plus-ten debating whether there were any good men left. Auto journos looking for work. Richard Rawlings, his entourage and at least one bodyguard pushing their way past Jochen Maas. Jochen Maas commenting to Dan Neil: “That man must be really important. Who is he?”

And that was all in the first fifteen minutes.

The hilltop villa rental — located at 523 Loma Alta Road in Carmel and well worth checking out in Google Maps — was now perhaps the 15th or 16th most expensive in town. The kitchen was fully stocked. Caterers were on their game. The bar?

“Not so much,” said Mancunian Gumball veteran “Rock,” who’s never heard of the actor. “I suppose it’s a coming of age.”

“I heard it used to be crazier,” said Karen SundstrØm (not her real name). “No one’s got any drugs anymore.”

“Maybe it’s all the kids,” said her friend. “All these people have teenage kids.”

“They had teenage kids last year, too.”

“But they didn’t bring them,” said Karen. “Did you see that guy with the tats and his daughters?”

“That’s wrong,” said Karen, “I heard him say they were his daughters.”

“And that,” said the guy behind me, “is just what he calls them.”

“I love this party,” said bon vivant Jaz, the second best dressed man after myself. “It’s a party where you can actually dance.”

I tracked down the guy with the tats and “daughters.” It turned out be New York-based entrepreneur, vintage car collector, retired tattoo champion, reformed bon vivant and CEO of TheFinest.com, Bradley Farrell.

“I’d rather be outside,” he said

“Outside in the garden?” I asked.

“I guess this party’s okay,” said Emma, “I mean, it would be better if I knew more people.”

“I’ve been to better parties than this. And I’m in high school.”

“The only cool thing about this party,” said Ellis, “is that I got to meet Eve.” Eve is married to Gumball impresario/founder Maximillion Cooper. “Too much hype, but at least I got these bracelets. Actually, they’re lame. If Gumball costs so much, why are these bracelets so lame?”

The Gumball has grown up.—Alex Roy