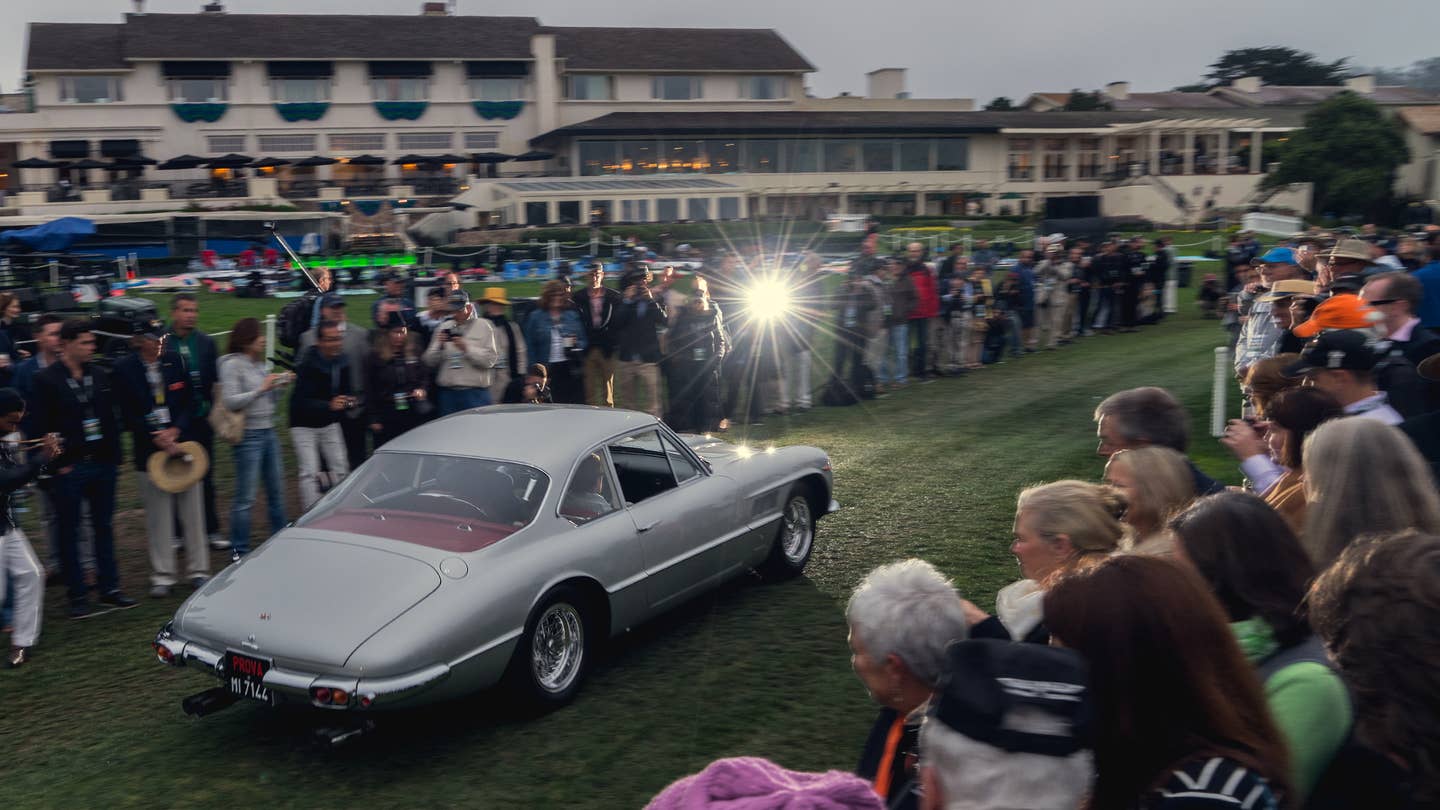 Sleep is for fools. That's the word at Monterey Motor Week, where there is just too much for any aficionado to see. And then there's the Pebble Beach Dawn Patrol, an unofficial and yet essential component of the Concours d'Eegance. This is where the truly exhausted go for broke. Like Polar Bear Club swimmers, the vintage car tribe unnecessarily  inflicts a little low-stakes pain as the cost of entrance, and rolling out of bed at 3am with a crushing hangover is that pain. They swallow Advil and trudge near the teebox on the 18th hole at Pebble Beach to watch a parade of exquisite collectable cars roll onto the fairway in preparation for the Concours d'Elegance this afternoon.

Guys from Hagerty Insurance, which insures a significant percentage of the pricey vintage metal rolling past, hands out cups of coffee and commemorative baseball caps, which ignites an undignified frenzy among collector nerds, like autograph hounds at Comic-Con. But they're really here to listen to the cars, and to watch them roll—for many it's a once-in-a-lifetime moment. Car writers take for granted that if we want really want to know what the running 4.3-liter alloy V8 in Ford GT40 sounds like, we can make it happen with the right phone call. For most people this happens once and you've ticked something special off your list.

This year, the thematic feature of the Concours is the famed Ford GT40, but the meat of the field is filled out by dozens of vintage BMWs (it's the 155th anniversary of the marque), '60s concept cars, almost unidentifiably obscure pre-Wars, Delahayes, Lamborghini Miuras, a spectrum of Ferraris, pre-war Aston Martins. The list is long, but the time is short.

And now the sun has risen.