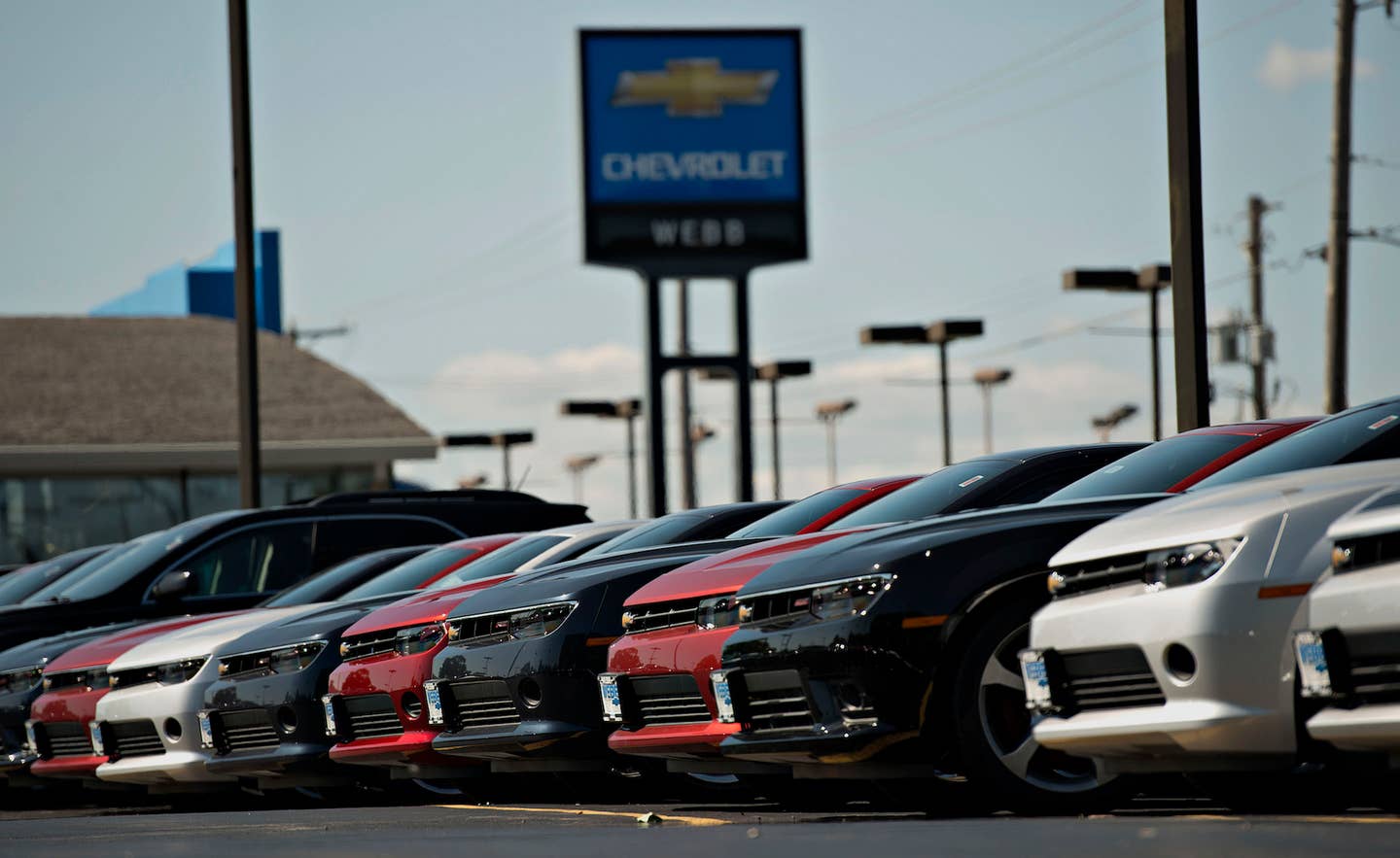 Right now, America's muscle cars are arguably the most impressive they have ever been—if you judge by performance numbers and dollars-to-smiles ratio. So why are less and less people buying the rear-wheel-drive tire-booters? In the beginning of 2016, muscle car sales numbers embarked on a dire downward slump, and the reasons aren't all too clear.

The Mustang sales slump is at least understandable. Last year, Ford introduced the a highly anticipated new generation, which the company believes many enthusiasts waited for. There was a global surge in sales, and an inevitable drop this year. “Mustang buyers know it’s coming and they wait for the new car,” Ford sales analyst Erich Merkle told TTAC about the sixth-generation Mustang. For the two other muscles, the reasons are less clear.

Chevy has been working on rolling out the new-gen Camaro, but it's not been smooth going. About 27,000 Camaros are sitting on dealership lots around America, with 40 percent being 2016 model year cars, Cars.com (via TTAC) reports. And who wants a 2016 model year when the 2017 is already here? In what was almost certainly an effort to incentivize muscle buyers, last week GM dropped the prices on the 2017 Camaro throughout the muscle car's lineup. An entry-level 1LT is now $25,905 instead of $26,305 and the price drop continue through the model range, excluding the top-range ZL1, GM Insider News reports.

As for the Challenger, in August, Fiat Chrysler reported a five percent rise in sales in August, but the number of cars sold compared to 2015 was still down. As TTAC notes, last month was the first time the Challenger outsold the Camaro since April.

So what is it that's driving consumers away from muscle cars? In August, GM Authority reported that GM claimed the drop in Camaro sales stemmed from the automaker moving away from fleet car sales as a marketing strategy for the muscle car, and because of a drop in buying incentives that were being offered. It's also worth nothing that the industry overall recorded a drop in sales in August, CNBC reports.

The thing is, no one truly needs a muscle car. The trio mentioned above are most commonly bought by consumers who are looking for a throwback car to the American icons of the 1960s and '70s. Beyond that, today's muscle cars are some of the most impressive cars that this country has ever produced. The last-generation Camaro 1LEs and Z28s were brutally-capable track cars, the current Mustang GT350 is mind-blowingly competent car both on track and any country backroad, and we're pretty sure the Dodge Challenger Hellcat has enough power to light the ground beneath it on fire.