The 2017 Dodge Challenger GT Is the First AWD Muscle Car 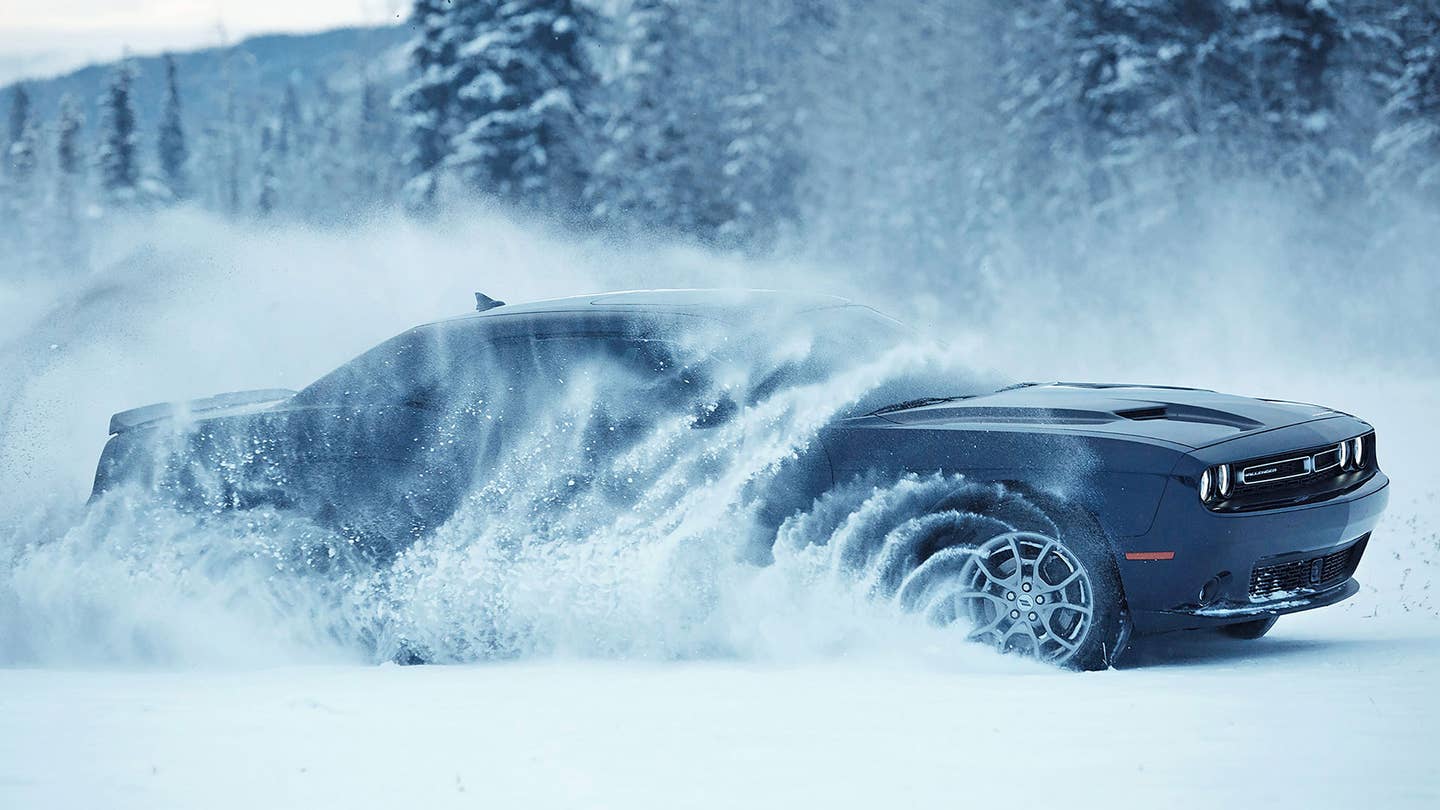 For the last 50-plus years, muscle cars have been confronted with a basic problem: more power than traction. Thanks to low(ish) curb weights and rear-wheel-drive, even entry-level Camaros, Mustangs, and so forth can be convinced to burn rubber on cue. (We’d consider that a feature, not a bug, but that’s neither here nor there.)

Until today, when Dodge revealed the 2017 Challenger GT—the first muscle car with all-wheel-drive straight from the factory.

People have been retrofitting AWD systems to muscle cars for years—Ken Block’s maniacal 1,400-horsepower Hoonicorn being the most obvious example—but this marks the first time a carmaker has officially slapped such a drivetrain into a production car.

The Challenger GT—which hits dealerships in early 2017—may be groundbreaking, but it’s not a surprise. We’ve known it was coming for months now; news of it broke in an Automotive News story back in early September, and the EPA has had it listed on FuelEconomy.Gov since October.

Like the Charger it shares much of what lies beneath its skin with, the Challenger GT comes strictly with the least-exciting engine and transmission found in the current Dodge muscle car lineup: the 3.6-liter V6 and the eight-speed automatic transmission. Still, with 305 horsepower, the GT isn’t exactly a dog. The slushbox comes with a Sport mode and metal paddle shifters, enabling drivers to milk every last drop of performance out of that six-pot. The GT even scores launch control, to make the most out of the traction advantages that AWD brings. And while the AWD Challenger’s  system clearly adds capability in slippery weather, Dodge was quick to point out that the three-mode electronic stability control system makes snowy drifts a breeze...y’know, should that sort of thing be up your alley.

While we’d obviously rather see an AWD Challenger with V8 power under the hood, the GT strikes a solid balance between all-weather security and muscle car fun. We wouldn’t be surprised to see it do well in cold-weather states where  some sort of four-wheel-drive system has become almost de rigeur for new cars. And with a starting price of $33,395 and well-equipped ones going for around $35K, the price certainly seems right.