Prepare to rejoice with some celebratory muscle car snow-hooning. 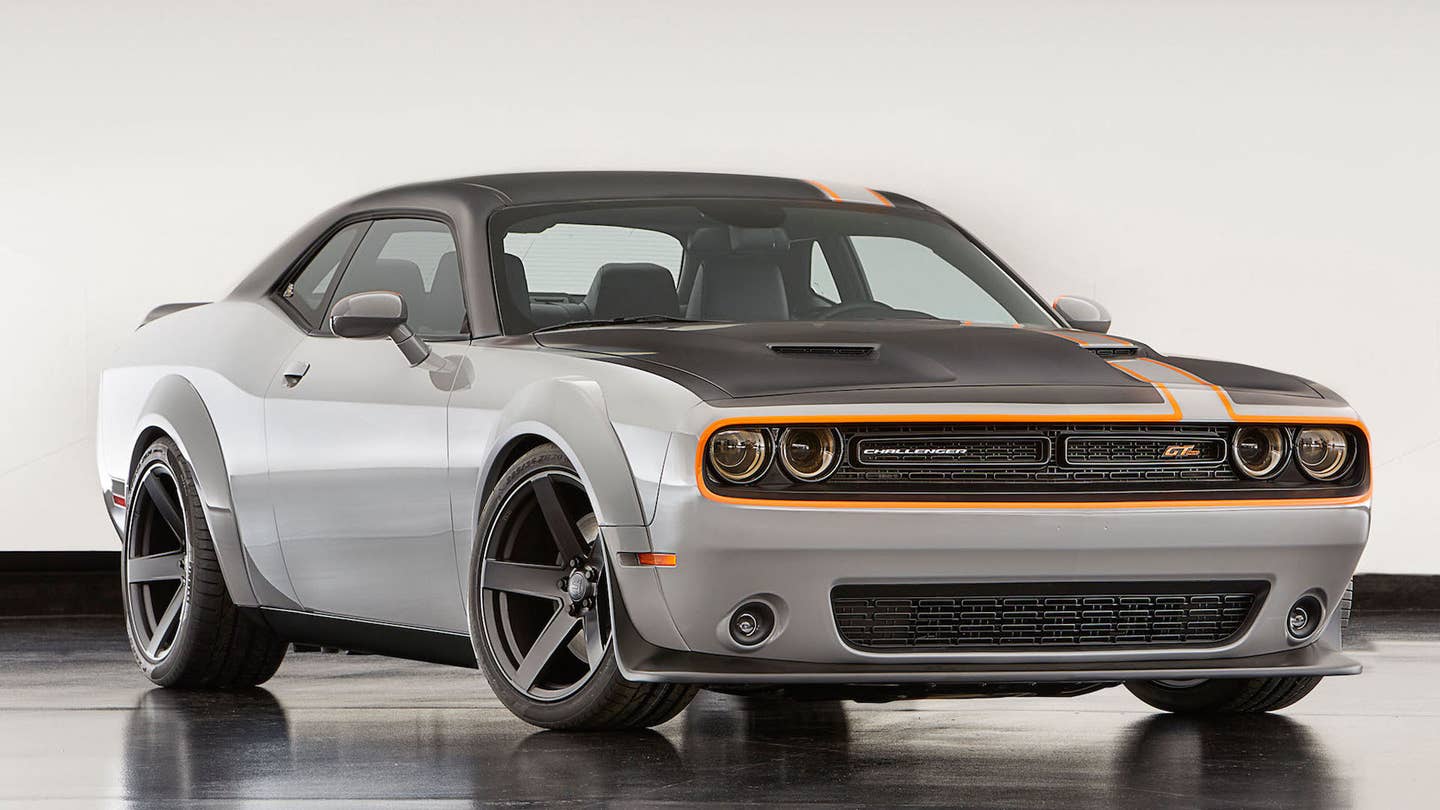 Muscle car enthusiasts won't need to live in a world free of retro-styled, all-wheel-drive American coupes for long. The EPA's fuel economy website has confirmed that Dodge will release the all-wheel-drive Challenger GT for the 2017 model year.

FuelEconomy.gov also notes that the all-wheel-drive Challenger has worse fuel ratings than its two-wheel-drive counterpart. The GT comes in at 18 miles per gallon in the city and 27 mpg highway, while the RWD model is rated at 19 mpg city and 30 mpg highway.

If you're looking to the Challenge GT AWD Concept from SEMA for an idea of what's to be expected from the production model, remember that car pretty much just had the Scat Pack 3 Performance Kit thrown on, wide fender flares, and a new stiffer and a lower Mopar suspension setup. Oh, and it also had a 5.7-liter V8 Hemi, but from the information we've gathered, that probably won't be an option in the production GT. Oh, well.

It's possible that most of those goodies were just tossed on the car for the good of SEMA, but at this point, who knows. If we had to guess, the average production Challenger GT will probably be something like your average rental car-spec Challenger, but with an AWD system borrowed from the Charger.

Anyways, if you're a car lover who has been roaming the world searching for a car that combines four-wheel grip with retro muscle looks, it seems likely that your dream car will soon be here.