Mopar's current muscle car may go out with a bang. 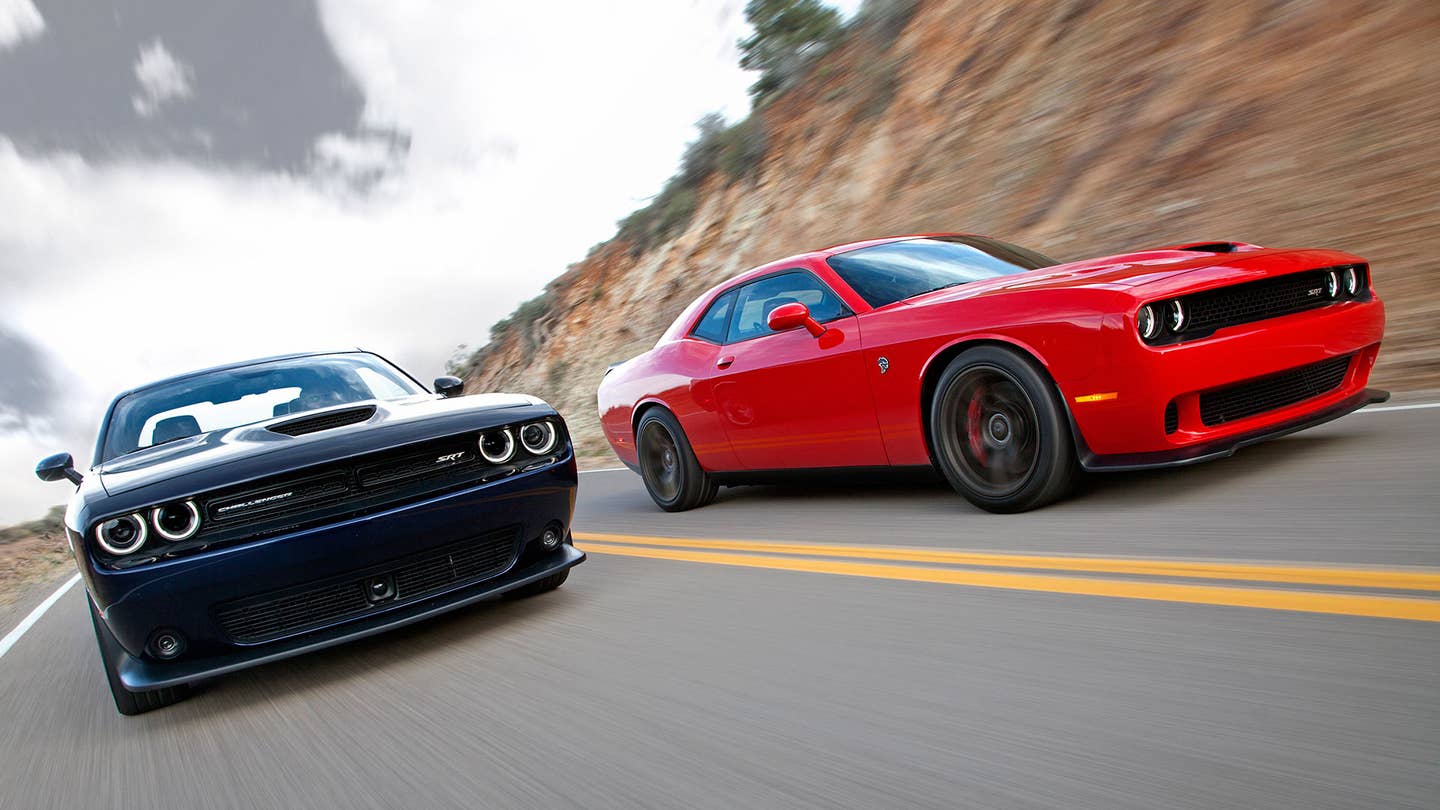 Update, 1:30pm: Larry Vellequette, author of the original story on Automotive News, has confirmed to The Drive that the widebodied, Hellcat-powered Challenger ADR wil indeed be rear-wheel-drive, not all-wheel-drive as some outlets have suggested.

Because you can never have too many muscle cars in this day and age, Dodge is reportedly planning on whipping up both all-wheel-drive and widebody Hellcat versions of the Challenger over the course of the next year.

According to Automotive News's deep dive into the future of Dodge, the carmaker will reveal the first all-wheel-drive version of the fabled muscle car this fall, a V6-powered version under the name Challenger GT AWD. Come 2017, Dodge will reportedly reveal the creme de la creme of the Chally lineup—a widebody version powered by the 707-horsepower Hellcat V8 that goes by the moniker of Challenger ADR.

(Considering the lineup of the soon-to-be-deceased Viper topped out with a trim level called ACR, we at The Drive assume the new widebody Hellcat Challenger's designation is meant as an homage to the dearly-departed track-spec super snake; that said, since ACR actually stood for "American Club Racer," we're curious to see what Mopar claims ADR is short for.)

In spite of reports definitively claiming the widebody Hellcat Challenger will send its power to all four wheels, it's unclear whether or not which way the Chally ADR will route all those ponies to the pavement. On the one hand, the Hellcat motor is expected to be hooked up to a four-wheel-drive system in the upcoming Jeep Grand Cherokee Trackhawk, so clearly Fiat Chrysler builds an AWD system capable of handling all that grunt; on the other hand, the Challenger/Charger lineup currently restricts AWD to V6-powered models. (We've reached out to the author of the Automotive News story for clarification; we'll let you know if we receive any updates.)

The new Challengers are expected to be among the final variants on Mopar's current muscle car platform, which dates back more than a decade to the era when Chrysler was owned by Daimler. A lighter replacement built on the same basic platform as the Alfa Romeo Giulia is expected to arrive somewhere in 2018, acompanied by a brand-new Charger based on the same bones; a convertible will reportedly follow in 2021, possibly wearing the long-lost name Barracuda.