Adding power isn't the only way to dial up performance. 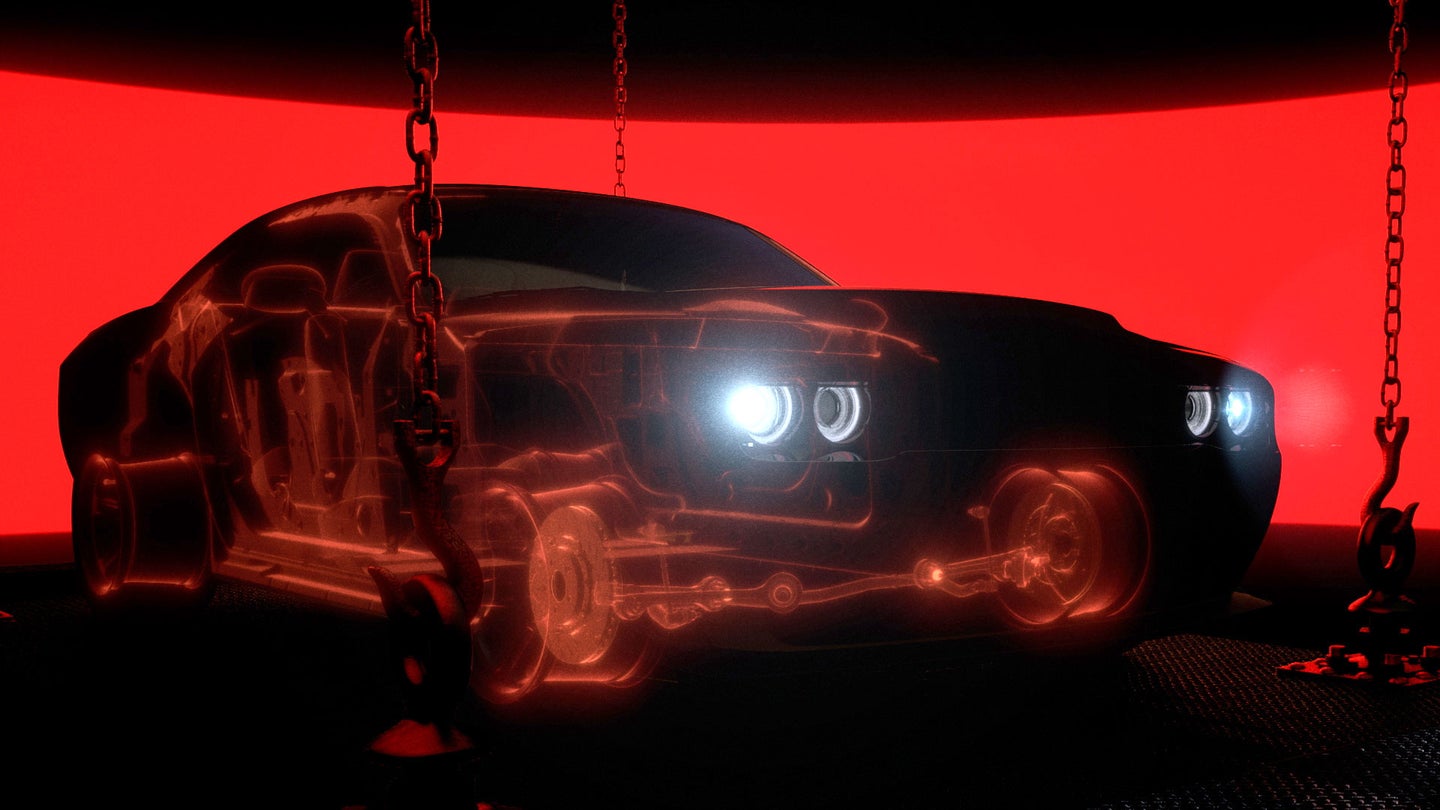 Were he still alive, Lotus founder Colin Chapman probably wouldn't be the biggest fan of the Dodge Challenger. But the man who reputedly coined the phrase "Simplify and add lightness" might tip his hat to the SRT crew for the new Hellcat-powered Challenger Demon, as Mopar's madmen have sliced more than 200 pounds from the big muscle car to transform it into its satanic new form.

Dodge told the world as much earlier this morning, dropping a short video on its official YouTube channel while simultaneously firing off a press release detailing some of the changes SRT made to the car for Demon duty. Squint deeply, and the shadowy silhouette of the car seen in the video reveals a few more details. The Demon's hood seems to be dominated by a massive scoop that reminds us of an exaggerated version of the Ferrari 550 Maranello's intake, suggesting this car will be powered by the supercharged Hellcat V8. (Why else would it need that much air?) The rear is outfitted with a larger, more prominent spoiler than current Challenger models, though anyone expecting a Viper ACR-style race wing will be sorely disappointed. And based on the way the wide rear wheels seem to jut out from the body when compared with the top of the trunk, flared fenders seem all but assured.

If that's not enough information to satisfy your craving, don't fret. Today's video wasn't our first peek at the Dodge Challenger SRT Demon, and it certainly won't be the last. According to the car's teaser site, Dodge intends to release one new video every week between now and the show, so odds are good we'll all be borderline-sick of the car by the time it makes its official debut at the New York International Auto Show in mid-April.

Ah, who are we kidding. We'll still be obsessed with it.