When the New York Auto Show rolls around this April, the new Dodge Challenger Demon is sure to be one of the brightest stars of the event. Wide-bodied, wide-tired, and almost certainly packing a Hellcat V8, the souped-up machine is liable to lay down some impressive performance figures. And if a new rumor is correct, Mopar is going to unparalleled efforts to strip the car down to fighting weight: The Dodge Challenger Demon may come with just one seat. (For the driver, obviously.)

Challenger Demon Expected to Be a Stripped-Down Drag Racing Special

According to Motor Trend, Dodge is removing the front passenger's chair, the rear seats, and all their safety accoutrements as part of the plan to carve more than 200 pounds out of the Challenger. (MT does note that it expects at least some of the seats to be available as an option.) Removing those reportedly subtracts about 110 lbs from the Challenger. The carpeting, parking sensors, and spare tire cover have also purportedly been tossed as well, along with 18 pounds of sound and vibration dampening material; the stereo is reportedly down to two speakers, the steering wheel tilts and telescopes under manual power now, and Dodge supposedly also fitted a smaller sway bar and lighter wheels and brakes. Put it all together, and you wind up with a net weight loss of 215 pounds, according to MT.

But seriously...a muscle car with one seat?

It sounds realistic...except for the seats. All due respect to Motor Trend, however, but we at The Drive have our doubts. If nothing else, it's hard to imagine even Mopar die-hards giving up the ability to take a buddy along for the ride in their new speed machine. "Hey, watch this!" are among the most common last words of the Challenger's target demographic for a reason. 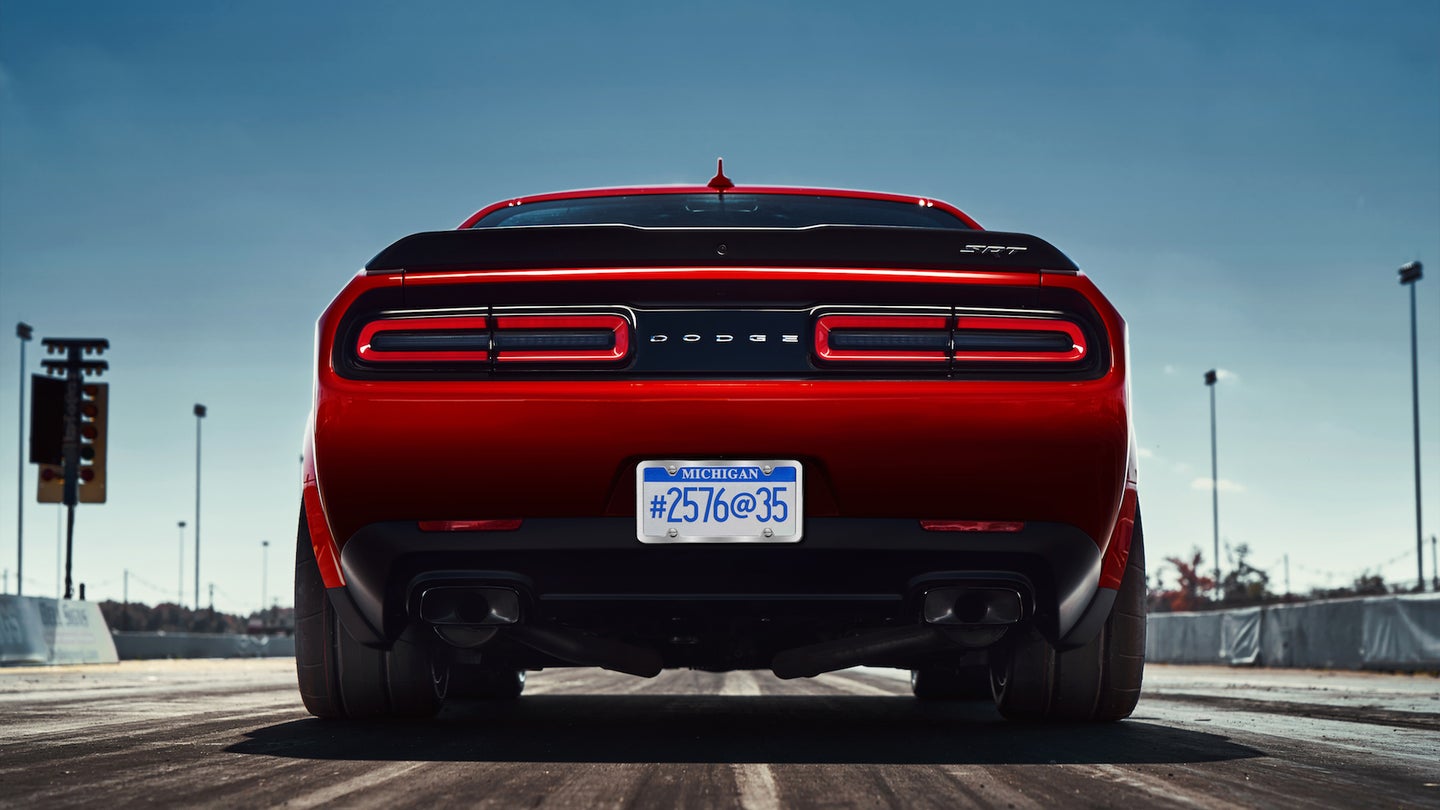 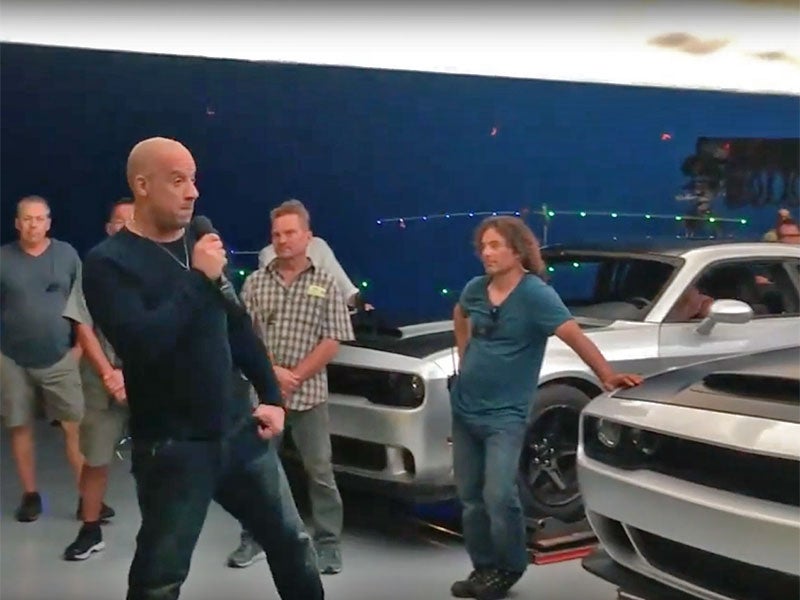 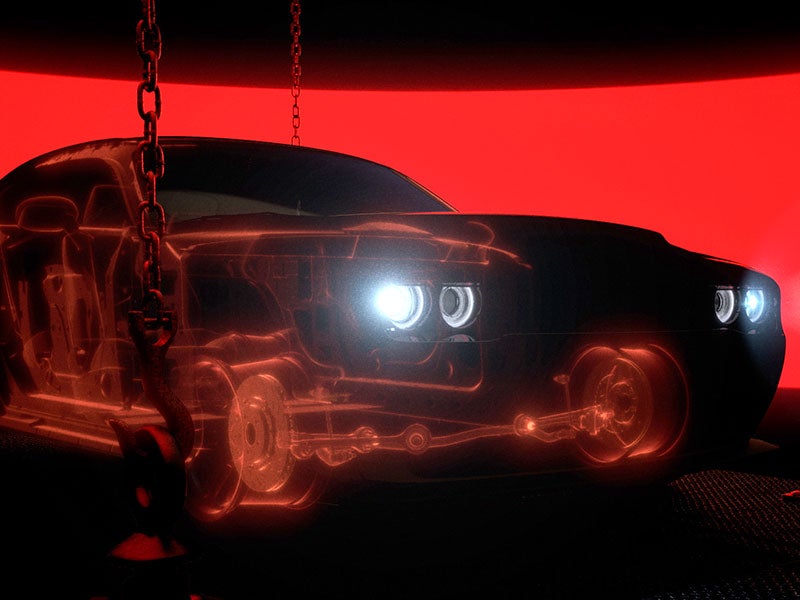 The automaker will resurrect the Demon moniker first used in 1971. 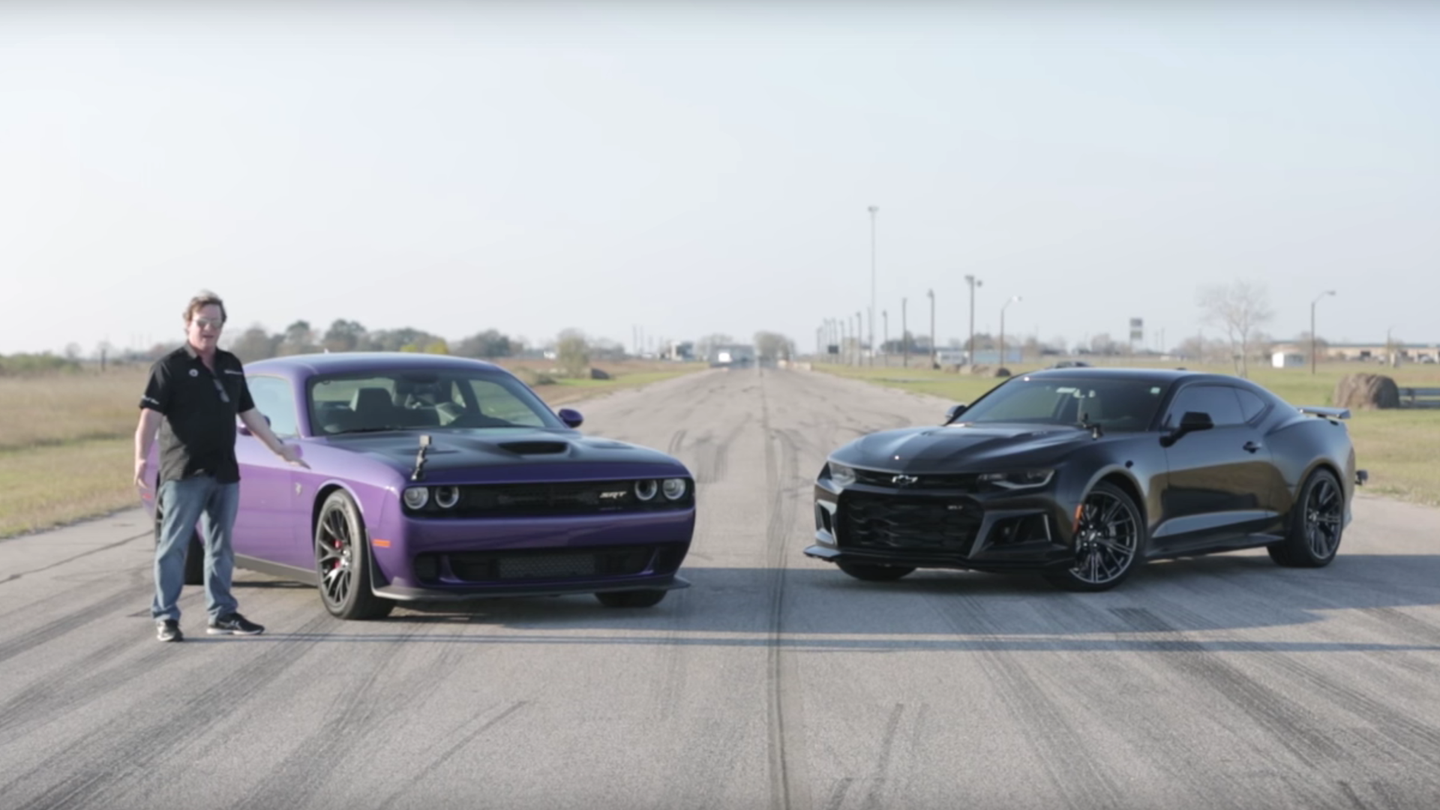 Hennessey Performance pits two of America’s most powerful muscle cars against each other.