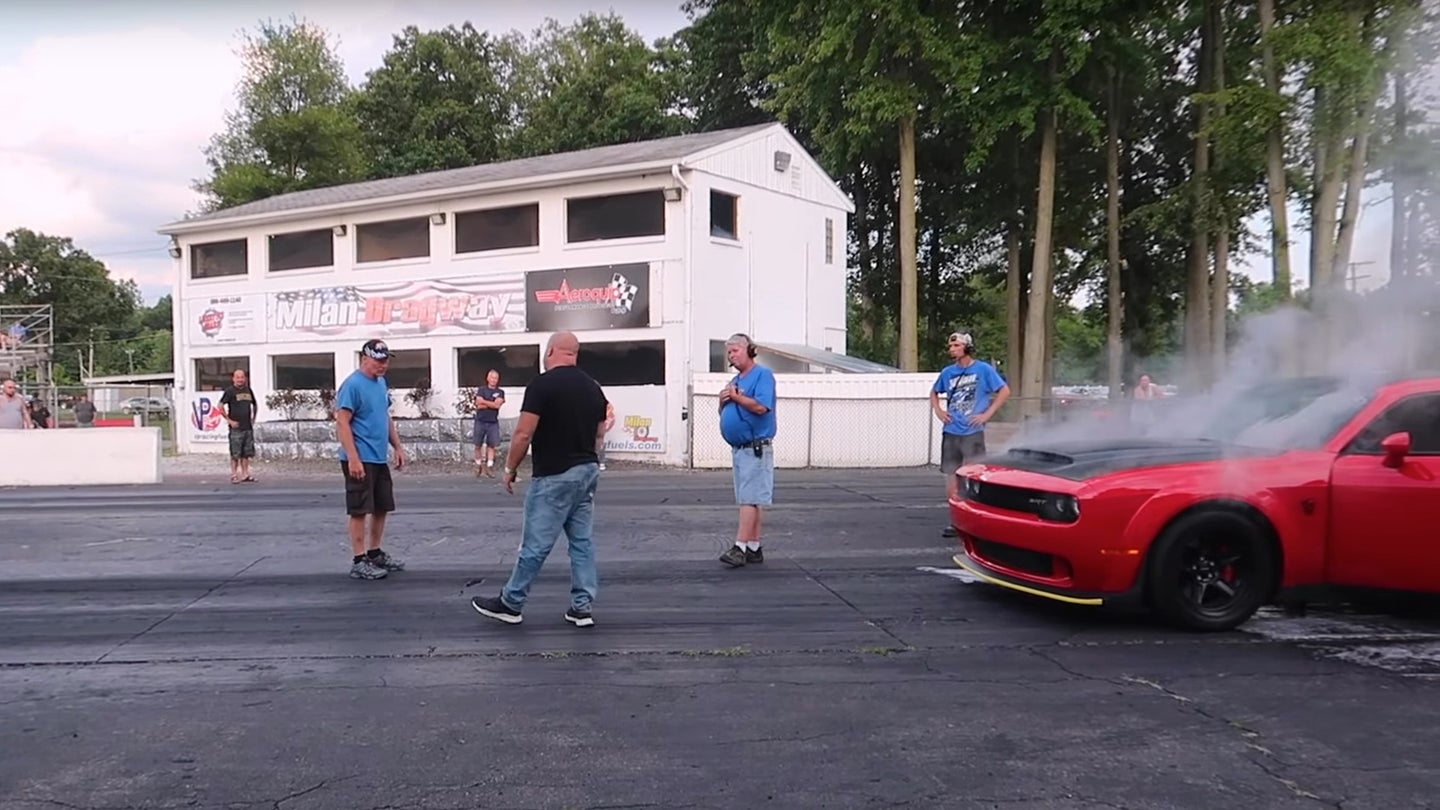 When things catch fire, it usually results in a frenzy of activity to safely put said fire out by whatever means possible. But a few individuals at the Milan Dragway just outside of Ann Arbor, Michigan missed that memo. After a Dodge Challenger SRT Demon randomly burst into flames, instead of trying to quell the blaze, track officials went on an arguing tirade with the driver, leaving the car to burn.

YouTuber MotorTube caught the whole ordeal on video. We see the Challenger SRT Demon doing typical drag strip things as it approaches the starting line and immolating the rear tires to warm them before his pull.

After the burnout, though, a small fireball shot from the bottom of the car near the back of the engine, along with flames popping out of the front wheel wells. The driver, completely unaware of what happened, keeps the Demon running while a track official scrambles into action to extinguish the flames.

After a lengthy back-and-forth attempt at communication, the driver finally cuts the engine but upon exiting, gets defensive with the track official after expressing his frustration for not obeying his commands.

With the driver seemingly acting incredulously toward the official, he walks away with the fire extinguisher as others watch the Demon slowly burn.

As the car continues to burn, both the Demon owner and other track officials stand around, with the driver finally asking if anyone is going to extinguish the fire, though we’re not sure why the driver just didn’t say, “screw you guys,” and grab the nearest fire extinguisher himself?

Either way, this whole snafu is one cringe-worthy event. Check it out below.