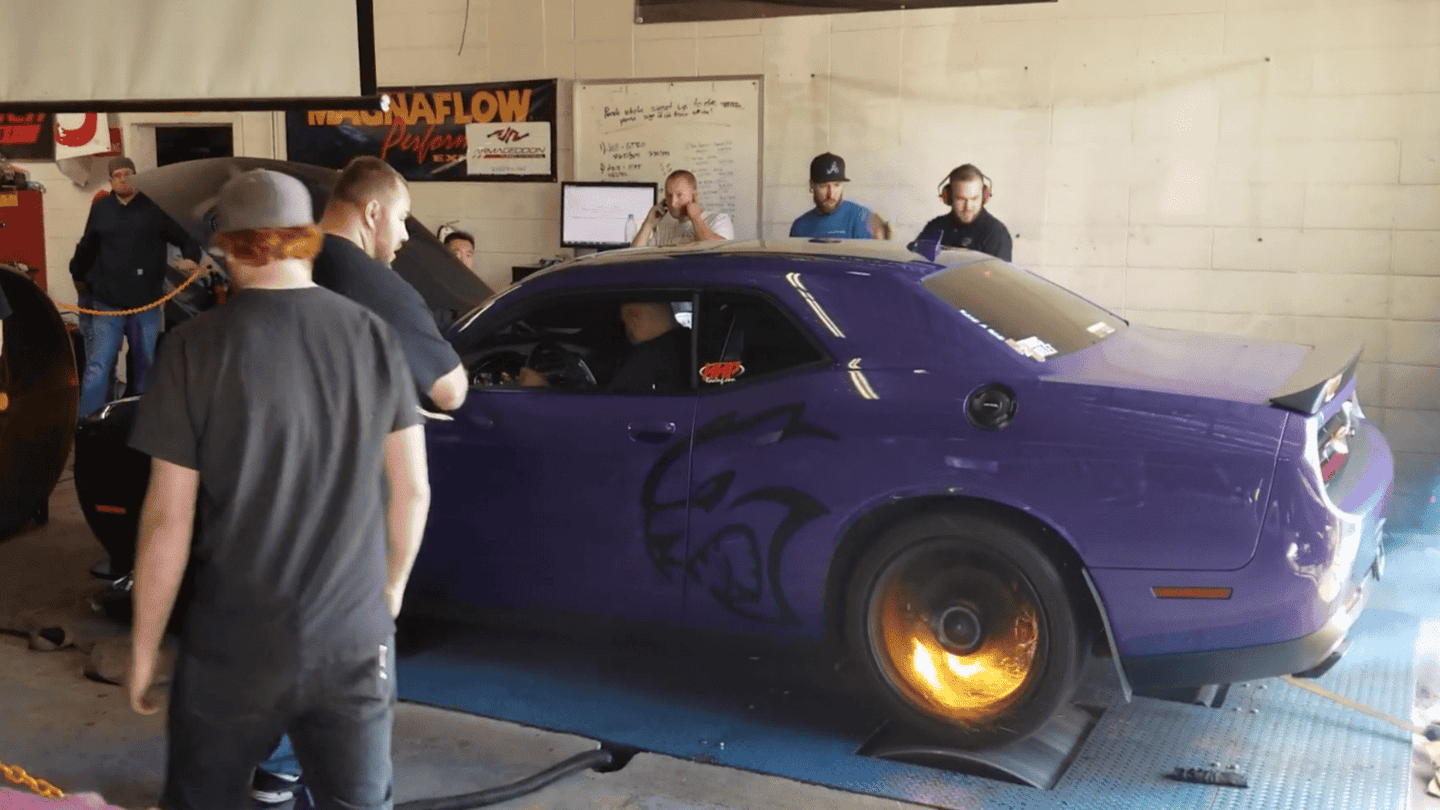 If we've learned anything since Dodge released 707 horsepower into the public's hands with its Charger and Challenger Hellcat muscle cars, it's that not everyone can handle that much speed. As it turns out, neither can some dyno straps, especially when there's extra power involved. A video of a tuned Challenger Hellcat hitting the rolling road was posted to Reddit on Saturday and, sadly, it ended in a fit of smoke and flames.

It looks like this Challenger is producing even more power than stock with its dedicated racing seats and roll cage hinting at what's under the hood. Knowing that, the straps would've been under a massively heavy load upon acceleration. One-thousand-plus-horsepower cars get dyno'd pretty often without issue, though, so it seems like a case of faulty equipment here.

Regardless, when the straps broke and the Challenger was set loose, it started to slide sideways on the dyno. With the rear wheels hurling the car straight but going out of line, it looks like it caused the brake calipers to rub with the wheels and catch on fire.

The crew of people surrounding the car quickly backed up as a man with a fire extinguisher came to put out the flames. Afterward, the brake discs were glowing orange and, although unpictured, steam was probably rolling out of the owner's ears.

The Hellcat family has been known to cause problems for some with its mountainous power, most famously Kevin Hart who had a 1970 Plymouth Barracuda with a supercharged 6.2-liter Hemi under the hood. That car has since been crashed and investigated by the state of California, but luckily, some people get off with only a moderate repair bill like these folks.