This Hemi-powered open-roof Challenger has no business looking so good. 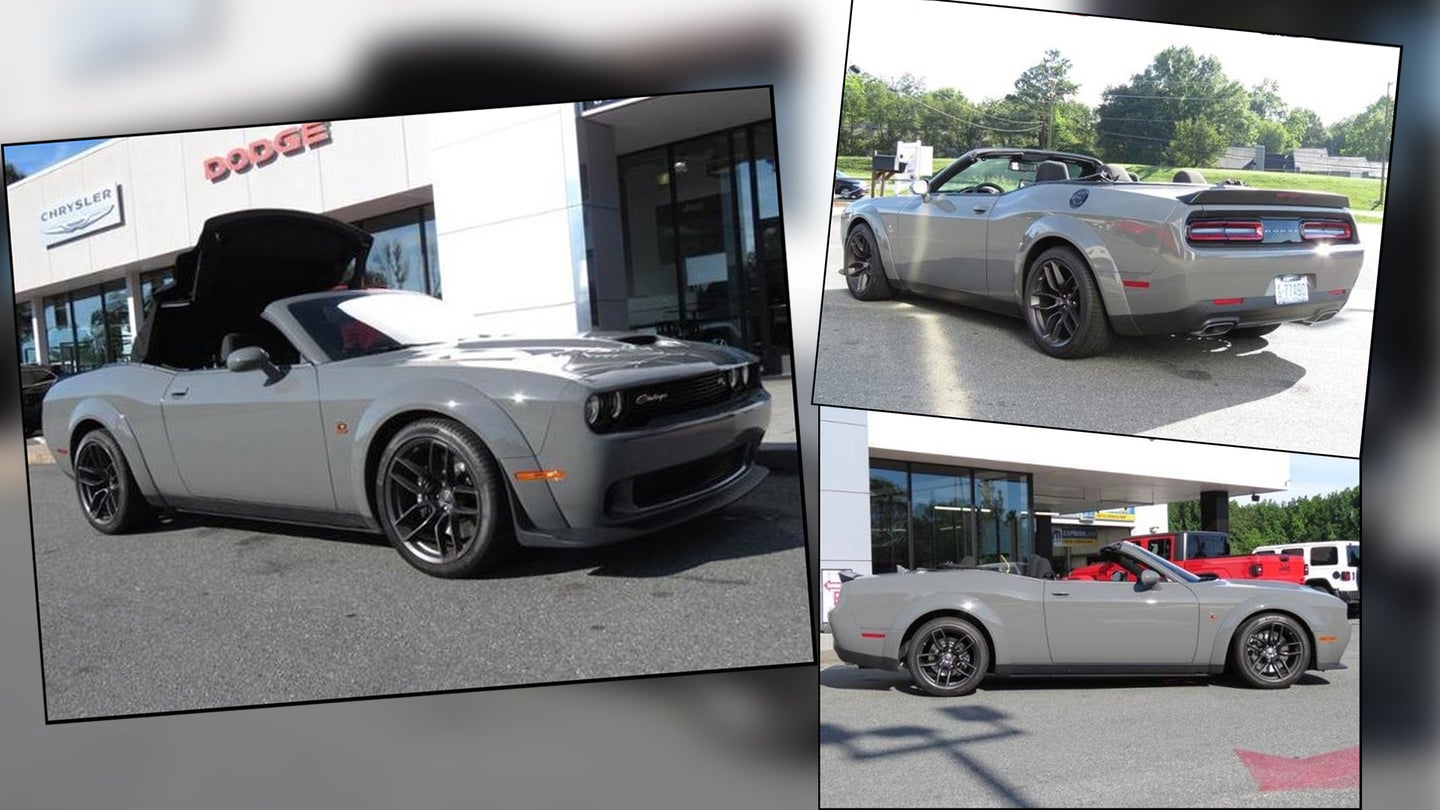 When the first-ever Dodge Challenger surfaced in September of 1969 as one of two Chrysler E-body platform cars—the other being the legendary Plymouth Barracuda—it was available in two-door hardtop and convertible form. Even when the Challenger became a rebadged Mitsubishi Galant Lambda coupe in the late ‘70s, it was still offered with an optional droptop. Today and since the Challenger's reintroduction in 2008, however, it's only been available as a hardtop coupe. But if you've been lusting for a modern-day rendition of the original Challenger convertible, Keffer Dodge Chrysler Jeep has just the thing for you.

Up for sale at the North Carolina dealership is an especially unique convertible Dodge Challenger R/T. Optioned out with the Scat Pack and widebody fenders, this car is reportedly one of three Challengers sent to a coachbuilder by the name of Convertible Builders LLC. in Florida.

The convertible doesn’t appear to be a total hack job either as the car supposedly still comes with its original factory warranty, plus a one-year parts and labor warranty for the soft top, which is also power-operated.

Additionally, we don’t think the conversion looks all that bad, either as it actually suits the profile of the Challenger quite well. However, we can’t speak for the way it drives as removing the roof off any vehicle significantly compromises structural rigidity and it’s unlikely that the conversion shop did anything in the way of reinforcing the chassis on the bottom end for performance.

And because of the lack of torsional rigidity from the missing hardtop, we’re wondering if the 485-horsepower, 6.4-liter Hemi V8 will take a toll on the chassis over time.

If this convertible Challenger does tickle your fancy and you find yourself interested in snapping it up, it can be yours for just $63,995. While that's certainly dipping into Hellcat territory, you can find peace in knowing that not every musclehead with a 24-Hour Fitness membership has one of these bad boys parked in their garage.