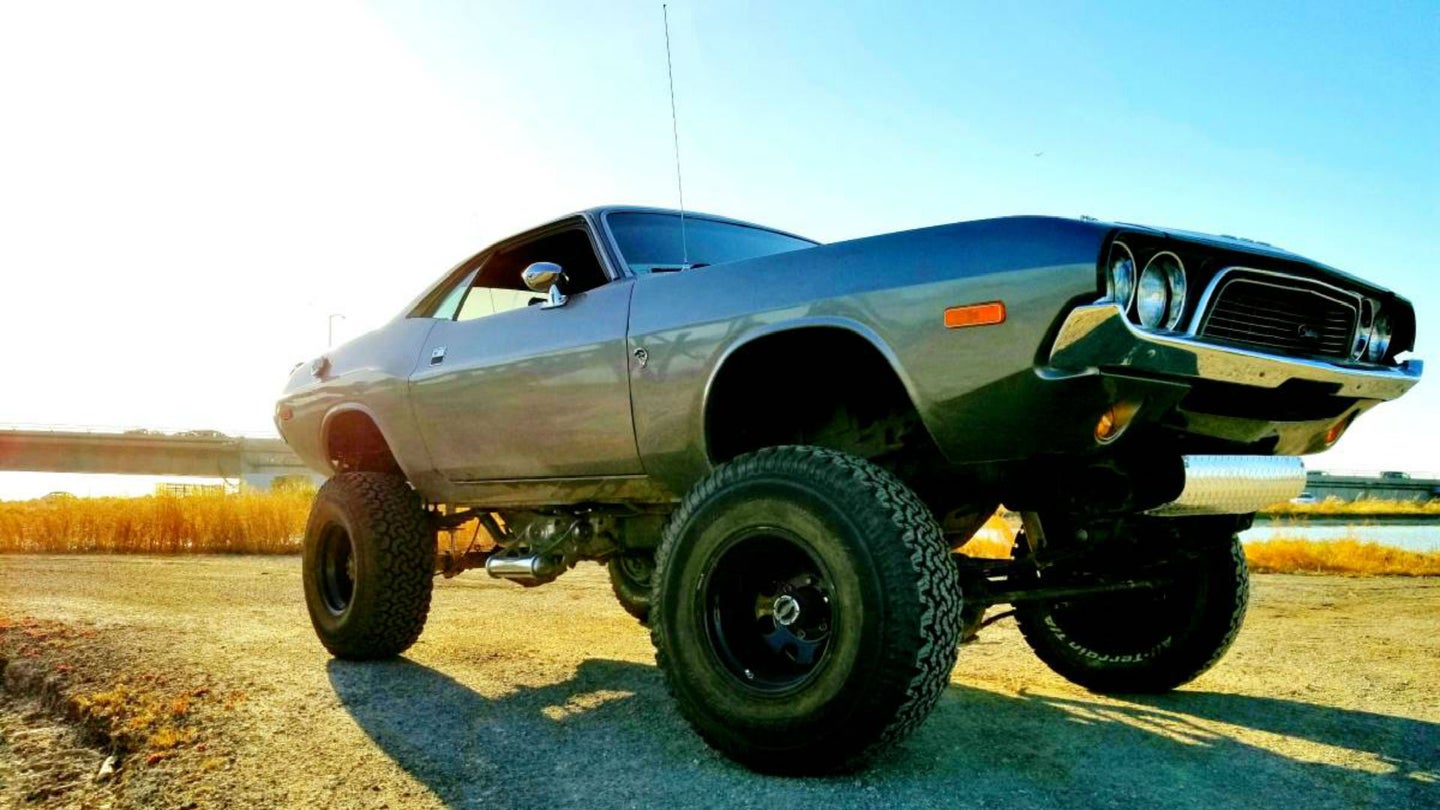 Craigslist finds are usually hit or miss, delivering some of the best (and worst) classifieds that could only come from the internet. With that being said, there are some cars that pop up that you didn't know you needed. In this case, it's a lifted four-wheel drive Dodge Challenger built on top of an M1009 military truck frame. Killer design, mega capability, and a $28,000 price tag make this thing cool enough to consider, but it will definitely take the right kind of buyer.

This isn't just some scrounged-together project, though. Somehow, the builder found enough motivation to do it right by incorporating some genuinely good bits and pieces to make this a complete unit.

The engine is a 5.7-liter V8 fitted with long tube headers, a high-rise intake, HEI distributor, and a list of other new parts for the cooling and charging systems. This means that it's a whole lot less likely to break down on you while driving off-road, or the interstate, just for fun. No power ratings are given in the ad, but it's likely more than enough to supply some twist.

The truck's underpinnings are just as impressive with reworked suspension and chassis components making up its structure. A new "bulletproof" NP205 transfer case powers the rebuilt gears, driving the Dana 44 front axle and Dana 60 rear. The seller claims it to be supremely capable on the trails, complimenting its ability to drive on long-distance road trips as he bought it in Las Vegas and drove it back to the Bay Area.

You can see it in action here at a Hollister Hills State Vehicular Recreation Area event.

According to the ad, it's got more than $45,000 invested into transforming it from a muscle car hero to a trail-tromping 4x4. In that case, $28,000 is a bargain. Surely enough, a buyer will come along that's got a fetish for off-roading and Mopar—and too many Jeeps to count.

If only this puppy was already in production…