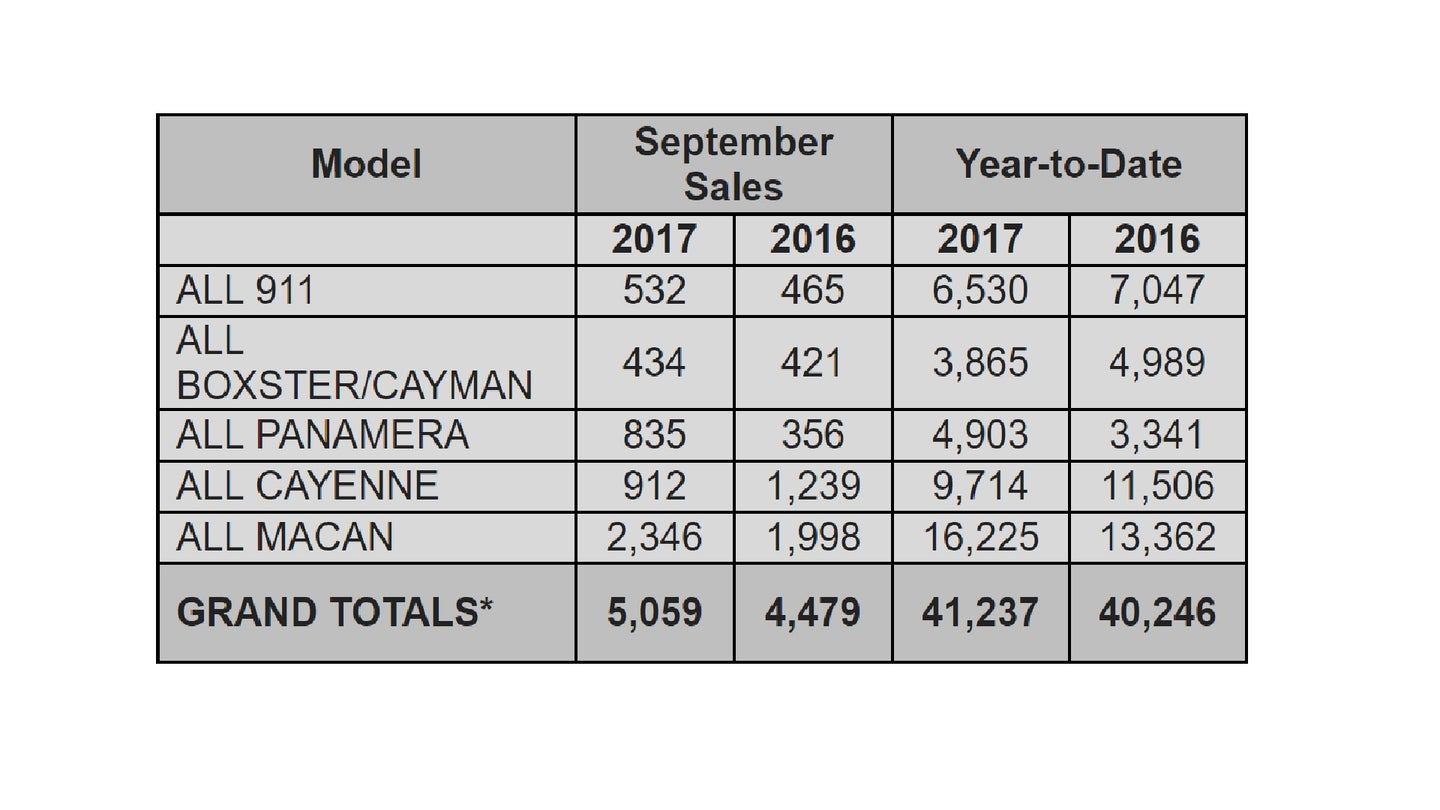 Porsche experienced a strong finish to their third quarter sales thanks to a very good September. Aside from Cayenne models, every other nameplate in the Porsche lineup experienced year-on-year growth over September 2016, and Macan experienced its best sales month ever. As you can see from the chart, Porsche sold 5059 units total. In comparison to September of 2016, that equates to a 12.9 percent jump. Year-to-date growth for 2017 comes out to 2.5 percent. Not too shabby.

Macan sales accounted for the lion's share of Porsche's movers this month, totaling a massive 46% of all new Porsches sold in this region. When you include the 912 Cayenne units that Porsche sold here (down a bit from 2016 same period), SUVs now make up 64% of Porsche's North American sales. We continue to ask the question every month, but what does that mean for the future of Porsche, and how long can they leverage motorsport success and a history of sporting machines to sell Sport Utes?

Panamera sales continue to impress as the full strength of the new model's rollout is now realized, selling 835 units, up more than double what were sold in September of 2016. As fall closes in around us, it is interesting that Porsche moved more sports cars this month than they did in 2016 this time, getting 532 new 911 buyers, and 434 new 718 buyers.

Porsche Approved Certified Pre-Owned vehicle sales in the U.S. reached 1,550 units, a 16.2 percent increase compared to September 2016. Year-to-date, CPO sales are up 8.2 percent, totaling 13,553 for the first three quarters of the year.