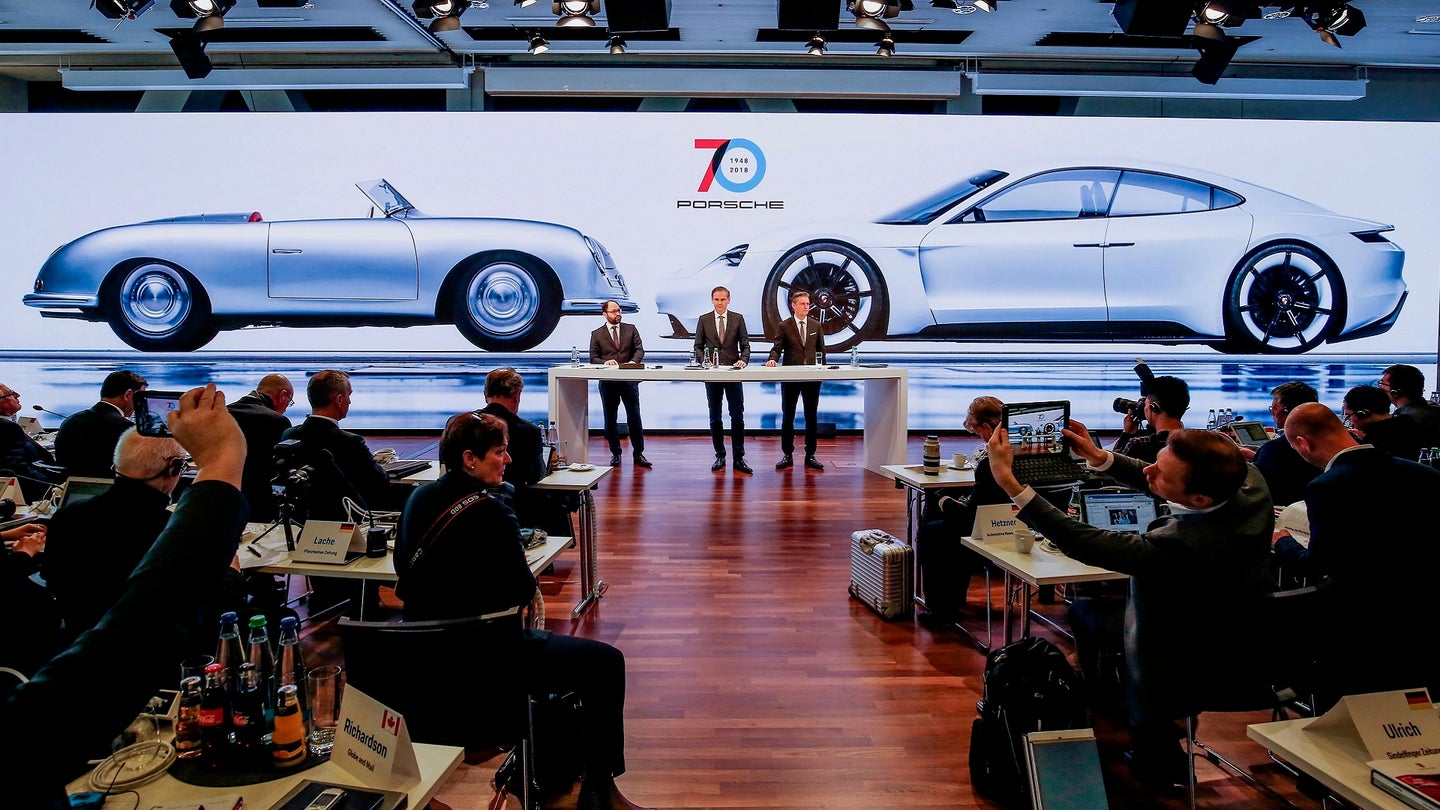 There’s been yet another record-setting performance from an auto manufacturer last year. Porsche announced the company set new records for deliveries, revenue, and earnings in 2017. A total of 246,375 units were delivered, up 4 percent from 2016’s results. On the revenue side, sales came in at $28.9 billion, up 5 percent over the previous year. And finally, profits came in at $5.04 billion, up 7 percent from 2016. The company was also proud to report its total workforce increased 8 percent to 29,777 people.

Porsche will be laying the foundation for further growth by investing over $7.38 billion in electromobility by 2022. The investment will be spent on the hybridization and electrification of its current model range, charging infrastructure improvements, and derivatives of the Mission E. Oliver Blume, Chairman of the Executive Board of Porsche, said, “This successful financial statement confirms our strategy. We are using our high earnings level to support an unprecedented future development plan.”

The company thinks that 2018 could be just as good as 2017. Board members pointed to the launch of the Mission E as a potentially huge money maker. Global deliveries were at record numbers but it was China which saw the most growth. Porsche delivered 71,508 units in China last year, a 10 percent jump over the previous year.

Lutz Meschke, Deputy Chairman of the Executive Board, is quoted saying, “We have succeeded in boosting our operating result by over 50 percent within the last three years. With a profit margin of 17.6 percent, Porsche continues to be among the most profitable automobile manufacturers in the world. This is down to continuous improvements in productivity, our stringent cost management strategy as well as our outstanding product range. Nevertheless, we are sticking to our strategic return target of at least 15 percent. We must and we will generate growth potential alongside the actual vehicle business. In the medium term, we want to generate a double-digit percentage of sales through digital services. Our aim for 2018 is to stabilize revenue and deliveries at this high level.”