And that’s not just for high-ranking execs, but everyone from the cleaning staff to the assembly line. 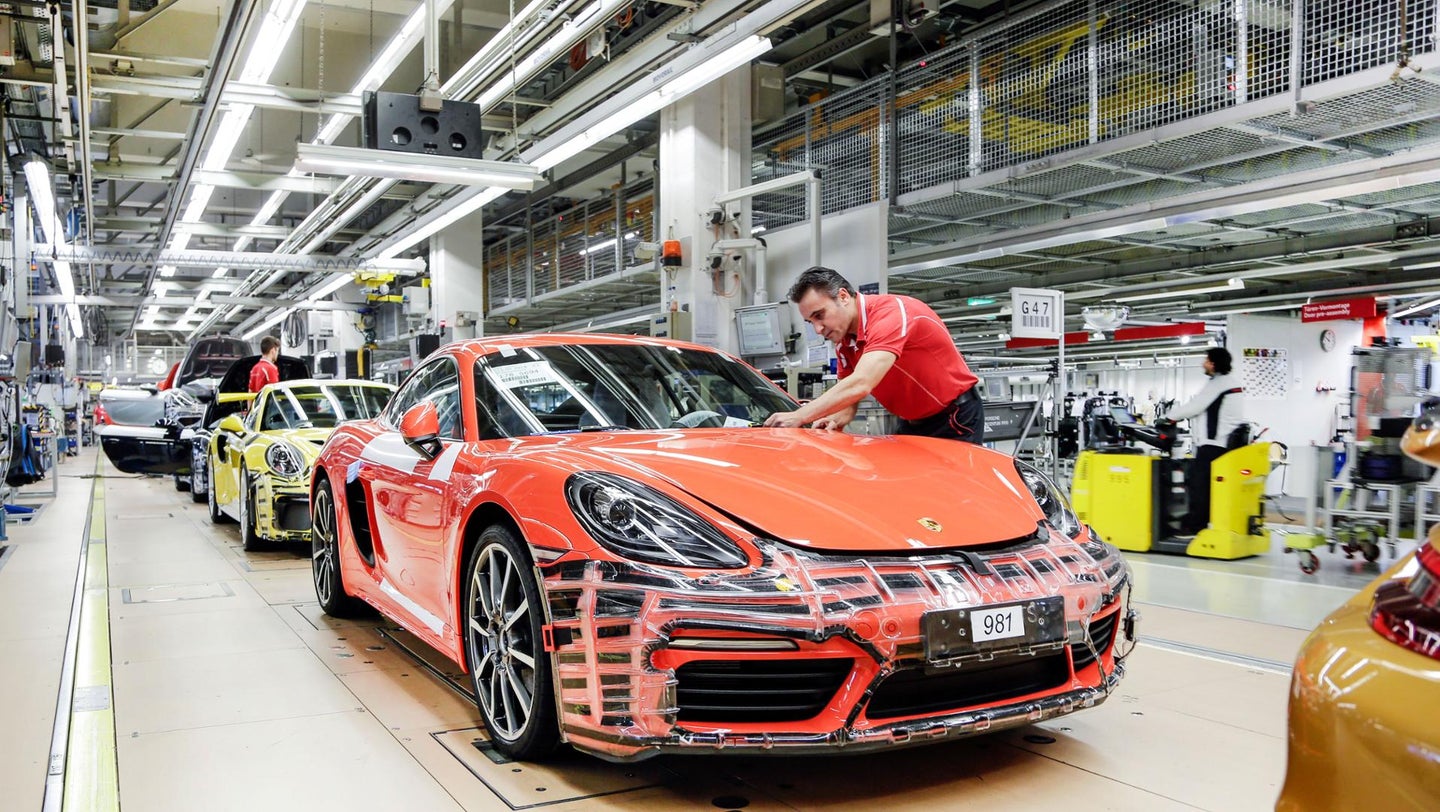 By all means, Porsche had a successful year in 2018, and to reward its employees the German automaker is awarding a bonus of approximately $11,000 to more than 25,000 workers. More importantly, the bonus isn't just for high-performing engineers and executives with fancy titles, but every qualifying employee ranging from cleaning staff and receptionists all the way to the top brass, Porsche confirmed Thursday.

"That’s our understanding of equal opportunity; we know that every single employee in this company contributes towards its success, and our approach to these bonuses reflects that awareness," said Porsche HR executive board member Andreas Haffner.

Around $10,000 of the bonus will be paid out directly as compensation, while the rest will be put towards the employee's Porsche VarioRente pension scheme or personal pension fund.

In 2018, the luxury carmaker sold 256,255 cars, a four percent jump over 2017. Revenue increased by 10 percent while net operating profit grew four percent. As it's the case with most automakers nowadays, Porsche owes most of its sales success to the likes of the Porsche Macan and Cayenne SUVs. And selling high-priced models like the GT2 RS didn't hurt, either.

"2018 was extremely challenging and stretched our team to the limits at times. Despite this, we were still able to exceed the previous year's excellent figures for revenue, profit and deliveries, and to launch yet more outstanding vehicles onto the market," said Porsche chairman Oliver Blume. As a highlight, the company unveiled the all-new 992-generation 911 at the L.A. Auto Show in November.

Porsche doling out generous bonuses to its employees isn't a new practice. Two years ago, the company distributed to all 21,000 of its German workers a bonus of 9,111 euros. And yes, that was a nod to the 911. Shame the car isn't called the 999, amirite Porsche people?