The Drive gets an update of what's going on with the industry's sales, and it's not great. 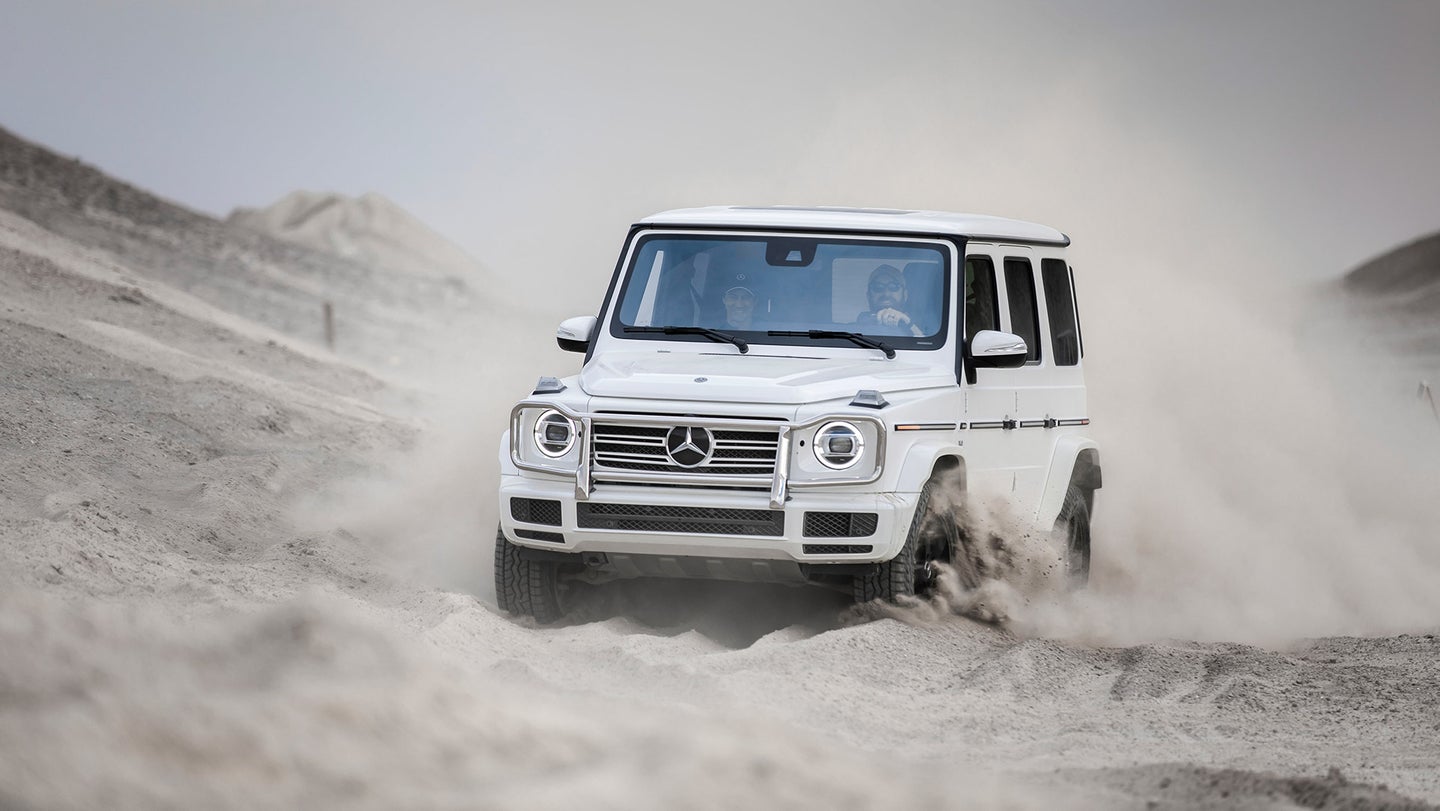 September was a rough month for most of the automakers as sales are down at many of the world's preeminent companies. Though August saw some headway into bringing stability to the overall industry, the specter of a looming financial recession seems to have finally caught up to consumer purchases. And with the reports finally coming from Detroit's Big Three, which have switched to a quarterly disclosure, the future seems murky at best.

To the surprise of no one, it's once again crossovers, SUVs, and trucks holding down the fort as new sedan sales slink ever further down the well. That said, September was a shorter selling month which likely contributed to some of the industry's decline. It's also worth noting that this quarter saw a strike at General Motors. It wouldn't have had much of an effect on dealer inventory, but this could've impacted consumer views of the brand.

As ever, The Drive is here to break September down for you with year-to-date percentage changes listed comparing January 1 - October 1 in 2018 and 2019. Conglomerates that report numbers from different brands under the same umbrella are combined, while those that keep things separated are broken out. Here's how it all went down.

General Motors is one of the three brands that have gone to a quarterly reporting system. While it did well compared to last year, the company is down 0.8-percent for the year.

GMC saw the most success, with sales up 11.4% over last year, and trending up for the year 5.6%. Why? GMC has a fresh new lineup of vehicles, including all-new trucks. Those trucks also tend to be more attractive looking than their Chevrolet counterparts.

GM also has a number of new powertrains on the heavy-duty GM trucks, all of which aren't just excellent, but more capable than its Ford rivals thanks to a new 10-speed automatic that pushes max towing to 35,500. Until the new Ford Super Duty hits the streets, GM owns the best-in-class crown.

Ford had a strong sales quarter for vans, with Transit sales up 25%. As we said last month, vans are a key indicator of the success of the economy.

This is also the first real full quarter that we get to look at Ranger sales. The company moved 26,211 units, which is a relatively strong showing for the midsize pickup. In comparison, Toyota sold 18,330 Tacomas last month alone, still making it the mid-size truck sales leader. We've known there's an appetite for a Blue Oval midsize truck for quite some time so this isn't that surprising.

Lincoln's Aviator started sales during the quarter and they've recorded 1,899 sales, though that's not a complete quarter worth of data.

This past quarter for FCA was virtually flat compared to last year with Ram Trucks, up 25% for the quarter and is up 23% for the year, ultimately being the main reason why the entirety of the company wasn't depressed.

Like the models from Chevrolet and GMC, Ram Trucks has an all-new heavy-duty lineup of trucks and recently updated half-tons. The same tech and safety features that we like in our review trucks resonate just as well with customers.

Ram Promaster, the compact van, is also up 30% for the quarter and 31% for the year. Customers like Amazon are buying up lots of vans to help with the delivery service. Though with Amazon's recent purchase of all-electric vans from Rivian, we're likely to see FCA and Ford's stranglehold on this sector diminish rapidly.

Toyota starts our list of companies reporting monthly with September being no so great for the Japanese automaker. The 169,656 sales represented a decline of 16.5% of September of 2018.

Trucks were down 21.8% and SUVs down 12.8%. The Lexus RC was an exception to the rule up 29.5%. Also, the company sold 514 Supras last month, so congrats to you Fast and the Furious-loving enthusiasts. We know you'll have a great time.

It's surprising to see such Toyota's trucks decline so greatly as the Tacoma is often a strong seller. There is a refreshed model just hitting the streets, so it's possible that some folks were waiting for the new truck before pulling the trigger. We'll check back next month.

CR-V sales were down, but there was a stop-sale early in the reporting period for its owner's manuals to be updated. Unfortunately, any day not selling is an opportunity lost. CR-V did have good news though as Honda announced a new hybrid model would be coming to the United States. With Nissan killing its Rogue Hybrid, the RAV-4 is the biggest competitor to the new electrified crossover.

Infiniti's sales got much worse last month, with the company only selling 7,013 vehicles. That's a whopping 43.9% drop over September of 2018. Infiniti may just be on its way out of the American market if sales continue to plummet.

On the other side of the aisle, the recently refreshed Nissan Maxima and all-new Altima were both up over 40%. While customers do favor crossovers, Nissan's newest cars appear to be attracting some sedan buyers (and of course, fleet sales). The Frontier, which typically does well despite the age of the truck, also had a bad month plunging down 56% from 2018.

While the company was down a bit over 9% last month, Subaru is still doing strong for the year with the 67th straight month of selling more than 10,000 Outbacks. For a smaller automaker, those are impressive figures.

Unfortunately, every Subaru model was technically down last month, though the Forester lost the least with 13,421 sold. That's down just 0.2%, so sales were basically flat.

Subaru is going through a renaissance with new and refreshed models, so we don't expect to see the company downward trajectory to continue for too long.

Hyundai is having a stellar sales year, which is thanks to some great new products, including the all-new Palisade. The Elantra saw its sales significantly decrease in September, but the brand's strong crossover lineup is bolstering its yearly sales with both the Kona and Palisade contributing to another strong month of nearly 3,500 sales.

Hyundai's cousin Kia is also doing well for the year despite a slow sales month. Every nameplate in the Kia lineup was down from 2018's September, except for the new Telluride which saw its sales exceed its Hyundai Palisade sibling with 5,049 vehicles leaving dealership lots.

Volkswagen is having a strong year despite a slower month for sales. Like everyone else's September, the German brand was down last month. The brand's mid-size Atlas crossover is doing quite well seeing it's September sales rise 41%.

Interestingly, VW's e-Golf sales skyrocketed in September. It was up an astonishing 3,857%. This also comes as Volkswagen has stated its intention of killing the Golf in the United States, which could explain the run on the electrified version of the beloved hatchback.

BMW saw a healthy increase in September, countering the downward trend of other OEMs. The X5 saw an impressive 132.8% increase over September last year, which makes sense as the X5 is new this year with all of the latest BMW tech. The Roundel's hot X4 crossover coupe also saw staggering gains with an over 200% increase, too.

Mazda saw a decline in all models last month except for the brand's smallest crossover, the CX-3, which saw 1,449 units sold. That's up 18.9%. from last year.

Mazda's enthusiast Miata sports car sold 512 examples, seeing a decline of 32%. Sports car sales haven't been stellar industry-wide, and with the winter months approaching, two-seat roadster sales typically see a decline. The sports car has also been around for a number of years now and fans are eagerly awaiting a mid-cycle refresh.

September was a good month for the German manufacturer with sales up 4.5% for the brand. Though good compared to last year, overall sales are virtually flat for the year.

The all-new G-Class is up 169.1%, which isn't surprising given the make's heritage and popularity. Like the rest of the industry, all of Mercedes's crossovers saw sales success last month, too.

One surprising win was the Mercedes-AMG GT with 347 units being sold. That's almost a 300% increase from September of last year for the $140,000-plus sports car.

Audi's new A6 and recently refreshed A8 had amazing months with increases of over 600%. The brand's Q3 crossover was also up, but the Q5 and Q7 saw sales decreases. The updated A7 should help keep the car side of the business strong, and there are some exciting products like the RS6 Avant coming to the States to keep us all talking about the brand.

Volvo is having a great year and its September is no exception to that. According to the company, September 2019 was the best September the company had in 13 years.

Leading the sales pack was the XC90 up 18.2% thanks to a recently received mid-cycle refresh. These updates will likely bring even more people into the showroom to check out all of Volvo's other offerings. What wasn't expected is Volvo's double-digit sales growth with its sedans, which are running against the industry's trend of crossovers.

Compared to September of last year, Jaguar Land Rover (JLR) saw a 5% increase in sales. For the Land Rover brand, this September marked the best September in the company's history with additional hybrid offerings and refreshed models helping drive the sales increase.

The F-Pace crossover from Jaguar continues to be a sales darling, up 13% year-over-year. The F-Pace SVR, a 550-horsepower monster, just hit the streets this year—which is likely helping sales—and is for those who like sound and excitement but need to haul people rapidly.

Also bucking the trend from September is the perennially depressed Mitsubishi, which saw a positive month. The inexpensive Mirage was up 28.4% year-over-year, showing that people still want cars and don't want to pay a lot of money. The 2019 year is trending to be the best year since before the 2008 recession. And while enthusiasts can lament the Eclipse Cross name denoting something that's 100 percent not a traditional Eclipse, the crossover was up 62.4% with 1,484.

VAG's money-printing Porsche had another good month and is trending toward having a great year. Porsche started this trend of high margins in the luxury and sports sector long ago and hasn't let up since. Even with customers picking on average $20,000 worth of options, Porsche's models have all seen growth with the new Cayenne up 30% and the new 992 generation Porsche 911 making up a 24.3% gain compared to the last generation 991.2 911 this time last year.