Toyota and Honda delivered impressive sales figures with the Corolla and Civic, while Kia sold more sedans than crossovers. 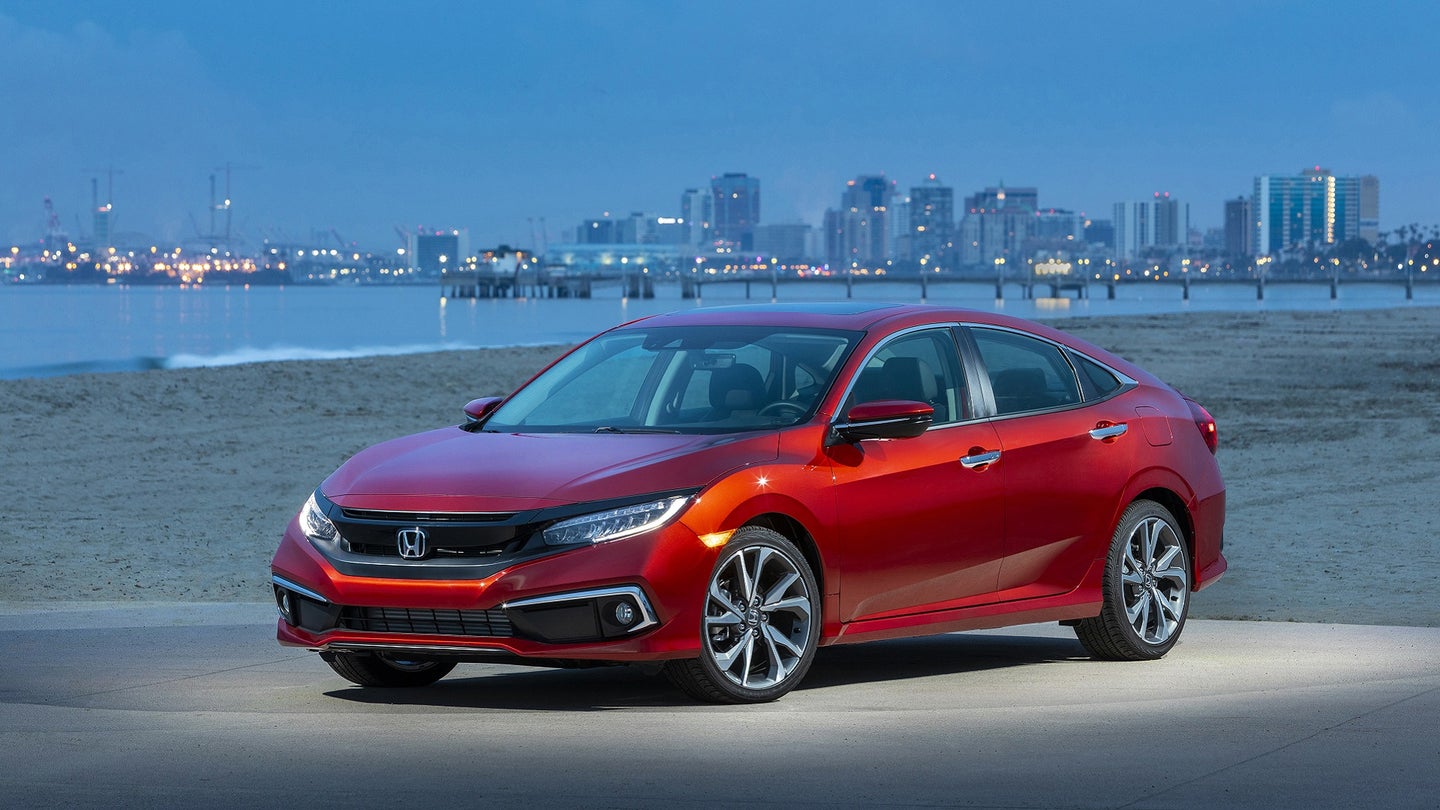 With July officially in the books, it's time to see what the world's major automakers were up to during one of the hottest months of the year. However, thanks to a newly introduced reporting structure from the Big Three (Ford, General Motors, Fiat Chrysler), we won't see this summer's big picture until third-quarter reports roll out in October.

July marks the first full month since the trio switched to quarterly sales reports, which means we won't see any specific figures for two more months. Once data is released, it'll be interesting to see the ever-growing gap between cars, SUVs/crossovers, and pickup trucks.

Nissan hasn't necessarily reported the best of news recently, with thousands of layoffs expected due to massive losses. That being said, the Japanese automaker sold nearly 26,000 Rogues last month but is down 2.2 percent compared to last year. The Frontier pickup truck sold 5,641 units in July representing a 23.1-percent increase. For a truck that's old enough to have its own driver's permit in most states, those are pretty solid numbers.

Infiniti's QX60 crossover was the brand's best-seller last month with 2,859 sales, but that number is still down 2.1 percent over last year. Infiniti as a whole was down 11.2 percent last in July.

Honda had a positive July with a total of 33,656 CR-Vs out the door in July—not a huge surprise considering the popular crossover is its usual sales leader. Said figure represents a sales increase of 2.5 percent over the previous year. Meanwhile, the Ridgeline pickup truck saw a 10-percent gain. Honda sold 29,167 units in July, claiming an 11-percent increase from 2018 and earning the best-ever July for the brand.

Acura's best-seller was the RDX with 4,934 sold (down 14.7 percent overall) but the three-row and more expensive MDX is up 9 percent and close to the RDX in sales with 4,788 total units sold. It's possible that the MDX might overtake it here next month.

Given America's thirst for crossovers, it's unsurprising that the all-new RAV4 was Toyota's best-selling vehicle in July with 39,645, a 7.4-percent decrease from 2018. Toyota also dominated the midsize pickup truck arena with 20,416 Tacoma pickups sold last month. That's slightly down from 2018, but Toyota's also managed to retain its throne by selling 39,000 more Tacomas than Nissan Frontiers in 2019 so far. When it comes to cars, Corolla sales are strong with a whopping 30,635 units out the door in July.

The Lexus RX is the brand's sales leader and likely will be until the fiery death of the universe. The RX was down 5.4 percent in July with 9,247 units sold but there's a new one going on sale very soon, which features a new touchscreen infotainment system with Android Auto and Apple Car Play support.

Total Toyota and Lexus units sold totaled 209,204 in July. That's basically flat (a 0.2 percent increase) from last year. Out of all the Japanese automakers, Toyota edged the competition in total units sold in July, followed by Honda and Nissan.

Last month represented the best-ever July for Subaru, with an overall sales volume increase of 7.9 percent. This positive trend is expected to continue as the new Outback hits showroom floors later this year. Even with the new Outback coming, that didn't stop the current-generation Outback from being the sales leader with 18,428 sold, which is up 14.4 percent from last year.

Hyundai's best-selling ride in July was the Tucson, which competes directly with the Toyota RAV4 and Honda CR-V. The Korean automaker sold 12,629 Tucsons last month and is up approximately 1,300 units from last year. Despite the strong month for the car, sales for the year are still down with 78,584 units sold year-to-date compared to 81,273 for the same time period in 2018.

Its sister brand, Kia, managed to do something no other automaker could: sell more cars than crossovers or SUVs with a total of 9,172 Fortes sold in July. Another sedan, the Optima, followed closely in second place with 8,732 units sold.

Hyundai sold a total of 57,340 while Kia managed a comparable 53, 405 units. With combined sales of 110,745 units, both Korean manufacturers are up in total sales for the year, partly because of new or refreshed models.

The American electric automaker does not report monthly sales figures, but according to InsideEVs, it's projected that Tesla sold 13,450 Model 3s in July. It's other two more expensive models, the S and X, are projected to have sold 975 and 1,225 units respectively.

The Tiguan crossover leads the charger with 8,963 units sold last month, which is a 13-percent increase from 2018. Atlas sales are also strong with 7,688 units sold in July, an increase of 18 percent.

The German automaker sold 31,188 vehicles last month, which represents a sales increase of 2.2 percent to July 2018. Overall sales are up 6.1 percent year to date.

The trio of German automakers represented a mixed bag of results, with crossovers once again lining their corporate parents' pockets with sweet, sweet cash. The BMW X3 was the sales champ for the automaker last month with 5,690 units sold, up a staggering 32.8 percent. BMW sold a total of 25,842 vehicles in July, which is a 1.7-percent decrease compared to last year.

The Mercedes-Benz GLC was Merc's best-seller in July with 5,539 total units sold, which is a 24.6-percent increase. The famous German automaker sold a total of 27,546 vehicles last month (including Smart) and is up 19.5 percent year over year.

Lastly, the Audi Q5 was once again the best-selling model for the VW-owned brand with 6, 434 units sold in July, which actually represents a 1-percent decrease in sales. Overall, Audi is up 0.8 percent year over year with 19,370 total units sold so far in 2019.