A fleet of commercial vans, based on Rivian's existing platform but customized for Amazon's last-mile delivery, starts shipping in 2021. 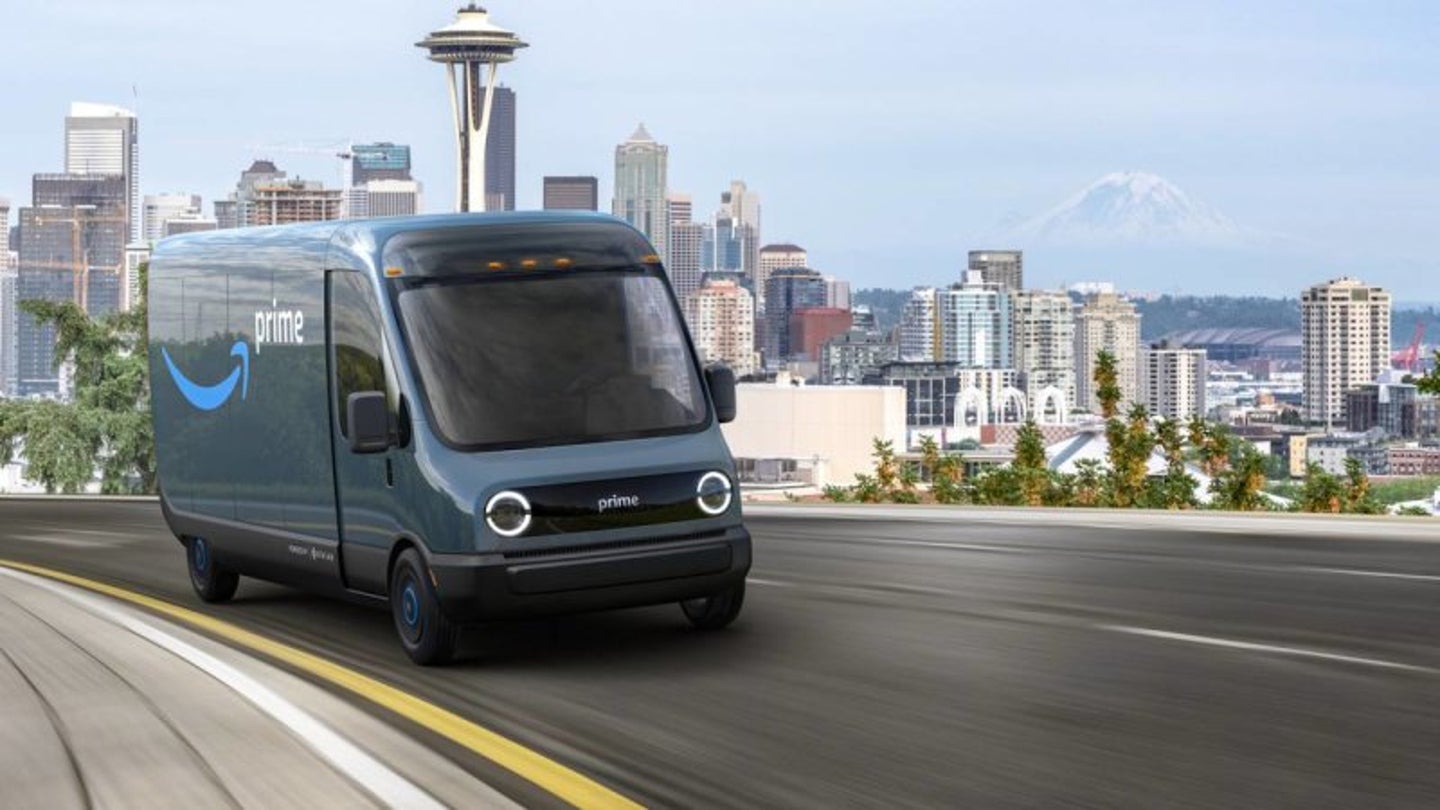 Amazon CEO Jeff Bezos announced that the e-commerce giant will buy a fleet of 100,000 electric delivery vans from EV startup Rivian as part of a sweeping sustainability effort. Rivian confirmed the deal through a spokesperson, telling The Drive that deliveries would start in 2021, with 10,000 on the road by 2022. Amazon said the full fleet of 100,000 would be in operation by 2024.

The deal with Amazon, who participated in Rivian's recent $700 million investment round, has "been in the works for some time" the Rivian spokesperson said. The vans will be based on the firm's R1 platform, with battery, powertrain, thermal management, controls and the connectivity platform shared with the firm's consumer products. Rivian designed the body, interior, application software and suspension of the new vans to Amazon's spec, the company said, and will not sell these vehicles to other customers.

Because plans for this fleet have been in development for some time, Rivian has laid out its factory in Normal, Illinois with a separate line for these commercial vans. As a result, its first commercial vehicle project will not delay the launch of its consumer electric truck and SUV products which remain on track to begin deliveries by the end of 2020.

Rivian tells The Drive that more details on the Amazon vans will be released publicly soon, but for now all they will say is that the 100,000-unit fleet will save some four million metric tons of CO2 per year. That breaks down to 40 metric tons per vehicle per year, about 10 times the US passenger vehicle average of 4.6 metric tons per year, suggesting that these are relatively large vehicles with high utilization levels. The back-loaded nature of the deliveries, with 90% of deliveries coming in 2023 and 2024, suggests that Rivian's production capacity for these vehicles may be quite high and that more further Amazon orders could be filled if the initial deployment goes well.

Amazon bought 20,000 Mercedes Sprinter vans last fall, as it expands its "Delivery Service Partners" network in order to diversify away from the US Postal Service which handles about 40% of its last-mile deliveries. With this Rivian deal, Amazon is seeking to continue that expansion while moving toward Bezos's stated goal of becoming carbon neutral by 2040.