Scotland Will Phase Out Gas and Diesel Cars By 2032

This is eight years ahead of the U.K.'s goal of eliminating new fossil fuel powered vehicles by 2040. 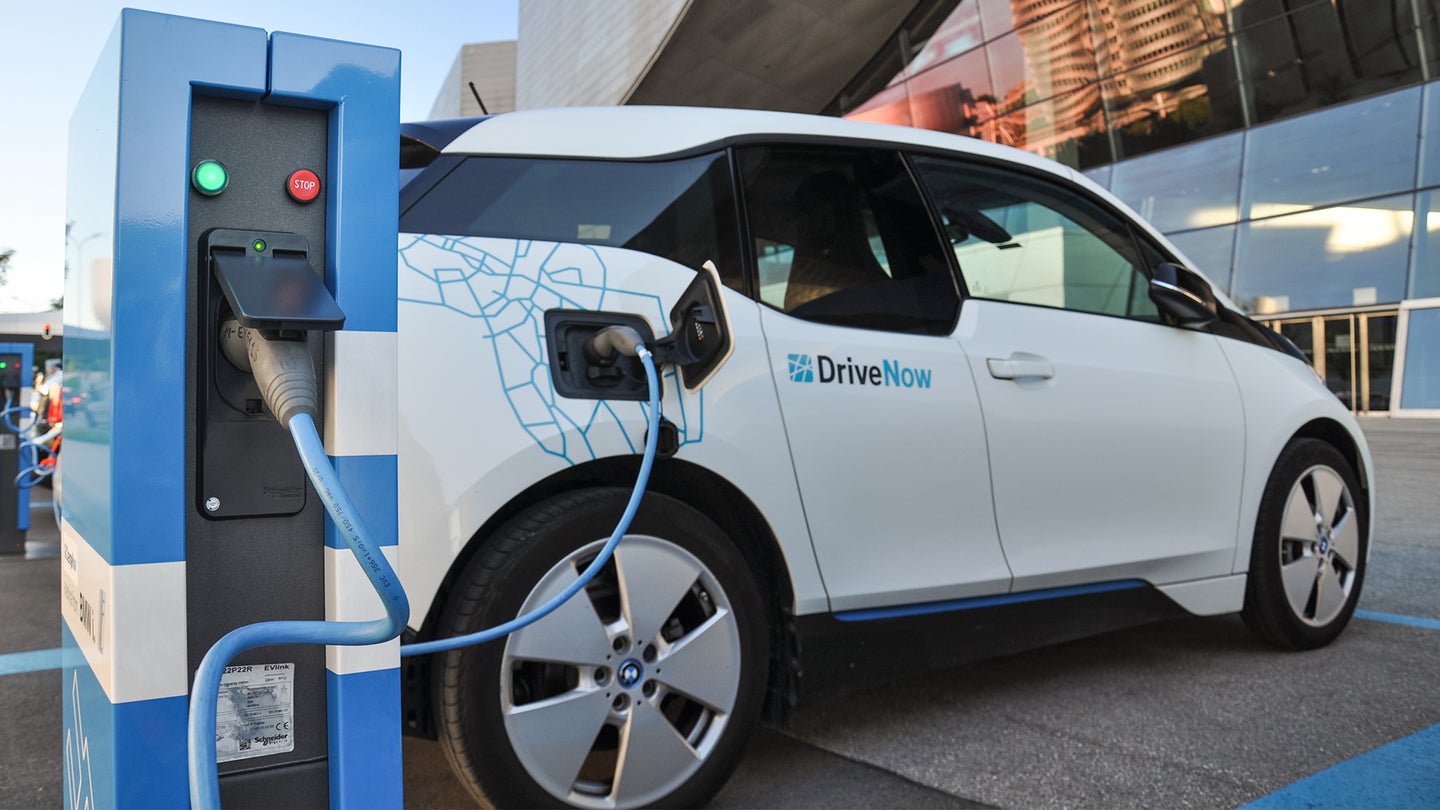 To Americans, Scotland is mostly known for Braveheart, rally driver Colin McRae, and sheep. But now, as The Independent reports, Scotland wants to be known for abolishing new gas and diesel cars and vans by 2032—eight years earlier than the U.K.'s goal.

"Our aim is for new petrol and diesel cars and vans to be phased out in Scotland by 2032," said First Minister of Scotland Nicola Sturgeon, according to The Independent. But crucially to the plan's success, there are also plans to "massively expand" the availability of charging stations for the electric cars that will most likely replace fossil fuel burners. The lack of charging infrastructure is one of the main issues working against the proliferation of electric cars, one that the Scottish government seems to recognize.

The Press and Journal reports more details about how Scotland will accomplish this goal. They intend to focus on a wide expansion of charging points in "rural, urban and domestic settings." Unlike many programs that focus exclusively on cities, Scotland seems to recognize the need to drive outside the city at times, and that charging in rural areas is as necessary as gas stations there to refuel. But one option no gas station can provide is the ability to easily refuel at home. While some American electricity providers are concerned about their capacity to handle the extra load, it sounds like Scotland is working on answers to this problem.

Another part of Scotland's electrification plan involves making the A9 road, one of their most important north-south routes, "Scotland’s first fully electric-enabled highway." Presumably, this means expanding the existing network of charging stations all along the 273-mile highway, allowing electric cars to recharge on the way and expand their range far beyond their radius from home.

These infrastructure changes should be completed by 2022, allowing drivers to replace their gas and diesel cars with electric ones when it's time to upgrade, even before the 2032 deadline. With numerous manufacturers adding electric models to their lineups, there should be no shortage of electric cars available by the time gas and diesel cars will no longer be sold in Scotland.

It may not quite be William Wallace's cry of "Freedom," but Scotland's commitment to upgrading their electrical infrastructure to handle the additional demands of electric cars sounds like it should provide them with exactly that.