Commercial Van Sales Are Rising, and That's Good News for the US Economy

Always look to the vans. 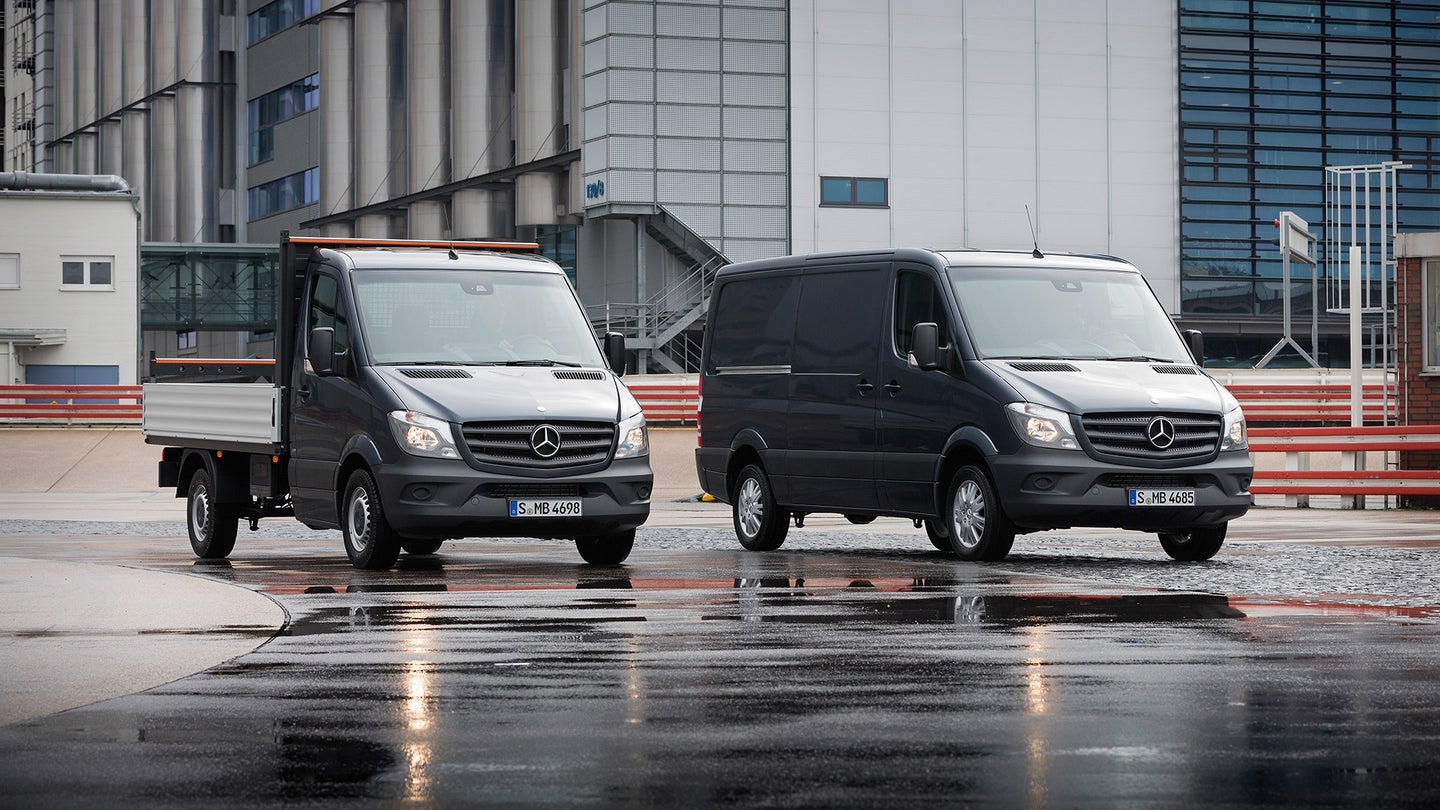 The boom times of the past few years seem to have waned a bit this summer. Car loans are getting longer than ever, overall sales are slowing despite a decent August, and talk of a possible recession keeps nagging at everyone. We're here to ease that anxiety a bit. Not with complicated economic formulas or stock forecasts, but with another indicator that's easy to understand: cargo vans.

It turns out that of all vehicles, it's commercial van sales that hold the strongest correlation to the health of the overall economy. This tip comes courtesy of analyst Ed Kim at AutoPacific, who points out that American businesses actually purchase far more work vans than anything else. There's just more of an overlapping use case across a variety of industries for a big old van than a pickup truck. Also, the core businesses buying these tough vans are themselves good early indicators—things like construction, trades, and shipping.

On the other side of the coin, the inverse is true. As growth slows owners and operators will hold on to vans longer, opting for more maintenance to keep them running instead of purchasing new ones. So we checked the August sales stats—which are admittedly missing the quarterly numbers from Ford, GM, and Ram, three key players in the space—and found that even in this limited data set, commercial van sales are still strong.

Nissan NV commercial van sales were up last month—a lot. The 2,503 total vans sold last month represented a 76.9 percent increase over August of 2018. For the year, NV sales are up 26.7 percent with total sales at 13,815 units and a definite growth trajectory. And it's the Titan-based NV doing the heavy lifting, as the smaller, front-wheel-drive NV200 van was actually down a bit in August (though its sales are still up 1.5 percent for the year).

While a massive seller in Europe thanks to a strong dealer network, Mercedes-Benz vans are just starting to make strong inroads in the United States after re-entering the market in a big way earlier this decade. Mercedes doesn't break its van sales out individually, so its results clump together Mercedes-Benz, Freightliner, and the small Metris van. Regardless, their 5,373 combined sales represented a 43.5 percent increase over August 2018. For the year, vans are up 3.0 percent with 24,276 units sold. With similar upfit options to Ford's venerable Transit, the Sprinter from Mercedes-Benz is a real alternative—and let's not forget that the smaller Metris is still rear-wheel drive. Mercedes doesn't break its van sales out individually in monthly reports, so its results clump together Sprinters sold by Mercedes-Benz and Freightliner as well as the Metris.

As we said up top, this is an incomplete picture without stats from Ford, GM, and Ram. Nonetheless, it's one more piece of evidence to suggest that the economy is still chugging along despite the unsettled vibes out there. We're not saying that there aren't underlying issues that must be addressed, or that a recession isn't coming. But it is important to remember that businesses make decisions on different timescales than individuals, and August's van purchases show most feel OK about the months ahead.