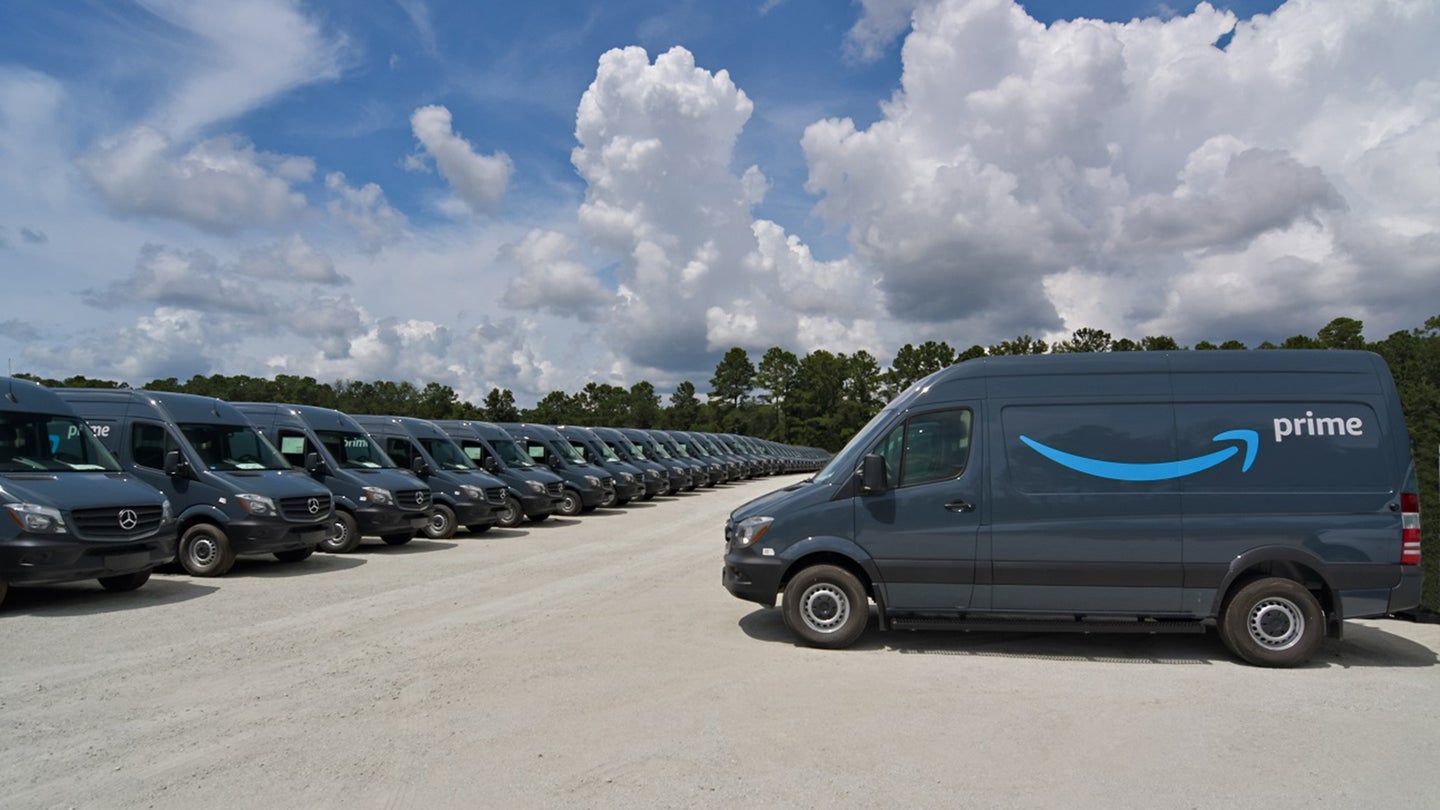 As Amazon continues to grow, the online retail giant is getting more serious about seizing more control over its delivery network. With a strong commitment to its quick, guaranteed delivery for Prime customers, Amazon is taking a chunk of responsibility away from traditional delivery options like the United States Postal Service which currently covers about 40 percent of last-mile deliveries for Amazon.

Instead of the mailman bringing your Amazon packages to your door, you might be seeing one of Amazon’s 20,000 new Mercedes-Benz Sprinter vans it just ordered, according to CNN. These vans are going to start taking over American streets—and Amazon is trying something a little different to operate them.

Rather than becoming its own delivery company, Amazon is leasing out these vans to small, independent delivery companies to make the deliveries. It’s already received tens of thousands of applications from people and companies that want to be “Delivery Service Partners” with Amazon. So Amazon isn’t really getting into the delivery business, but rather, the van leasing business.

Amazon has been trying out a pilot program with 5,000 vans in Austin, Texas and a few other cities across the country. It must be going well because this new order of 20,000 Sprinters all painted dark blue with the Prime smile/arrow logo on them is a big commitment. Incidentally, it doesn’t look like they’ll actually say “Amazon” on them. The smile speaks for itself, apparently.

"We've been really blown away by the number of people who approached us," Dave Clark, Amazon's SVP of worldwide operations, told CNNMoney. "We expected a lot of interest but the sheer volume — the tens of thousands of people who actually went all the way through the process to make themselves eligible for the program — has been really humbling."

The Delivery Service Partners can be pretty much anybody. They would lease a delivery van from Amazon and shuttle it around between Amazon fulfillment centers and the customers’ doorsteps. Amazon's says it's looking for people with an "entrepreneurial spirit, people who want to run their own business, people who want to have control over their own destiny, people who want to build something for themselves and their families." Sounds very similar to the pitch behind becoming an Uber driver, or any other sort of independent contractor in today's tech world.

Ordering these vans and leasing them out is all about Amazon getting more control over its delivery network, which delivers about 5 billion parcels annually around the world. We can’t help but think this is bad news for the already struggling post office which has become heavily reliant on the revenue it makes from package delivery to stay afloat. Don’t be surprised if we see a spike in stamp prices if more of these blue vans keep hitting the road.