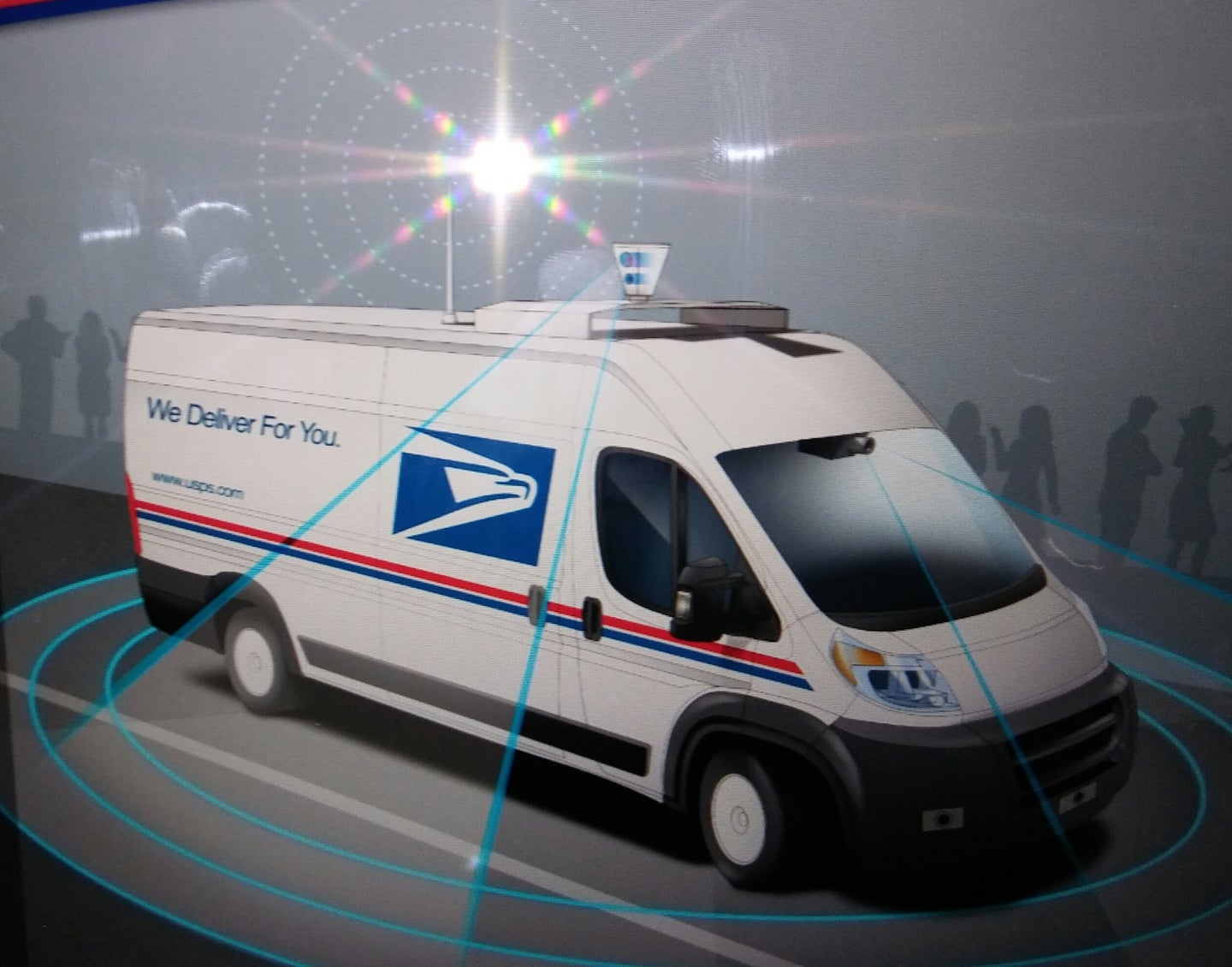 The United States Postal Service is looking to upgrade its fleet of delivery trucks with autonomous capability, according to a report the Office of the Inspector General released earlier this month.

The USPS has partnered with the University of Michigan to build and test a semi-autonomous prototype on lightly-traveled (and thus, relatively safe) rural routes. The school is scheduled to deliver the first prototype in December, and 10 more samples will begin real-world testing in 2019. The postal carrier will sit behind the wheel, ready to take control if need be. But when not needed to intervene, he or she will be able to sort and organize the mail while the vehicle drives itself.

If initial tests succeed, the semi-autonomous service is expected to expand to 28,000 rural routes by 2025. Looking further ahead, the USPS is looking into having its trucks self-park, and believes that one day they might even serve as mobile parcel lockers that “would come to the customer when convenient, allowing 24/7, on-demand delivery,” according to the report.

Beyond improved service to customers, the USPS sees autonomous and semi-autonomous vehicles reducing accidents and costs by limiting the chance of human error. The report notes that the service's drivers were involved with 30,000 accidents in 2016 alone, and an average of 12 postal workers are killed in such incidents each year.

But large-scale autonomy is still a few years away.

In the meantime, the service is reviewing five finalists to replace the fleet of Grumman delivery trucks it's been using since 1987. Trucks.com recently published photos of one all-electric candidate that a reader spotted undergoing testing. The USPS will purchase up to 180,000 of the new vehicles.