The trucks will autonomously haul mail on a 1,000-mile route between USPS distribution centers in Phoenix and Dallas. 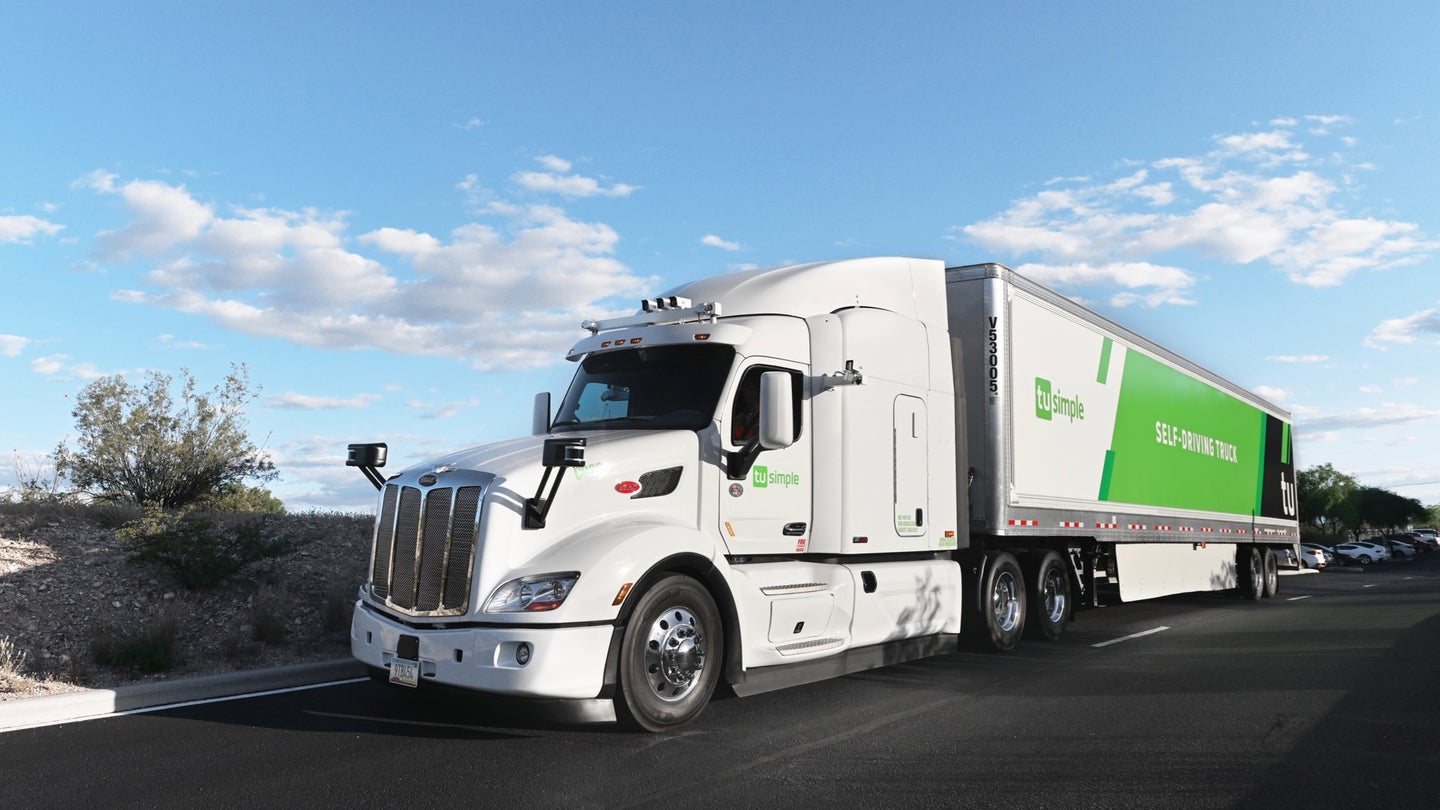 Prototype self-driving trucks will soon haul mail for the United States Postal Service. Startup TuSimple, which already operates autonomous test trucks in the commercial freight-hauling industry, was awarded a contract by the USPS for a two-week pilot program which is part of the government-backed service's efforts to integrate new technologies.

TuSimple trucks will carry mail over 1,000 miles between Postal Service distribution centers in Phoenix, Arizona, and Dallas, Texas. All trucks will operate with a human safety driver and an engineer onboard to monitor operations and take control if necessary. The new route marks TuSimple's expansion into Texas. The startup currently hauls freight for customers in Arizona, making three to five trips per day on public highways. TuSimple previously said it would have 50 trucks in operation by June.

The route will require trucks to stay on the road for 22 hours, and to operate at night (something TuSimple recently upgraded its trucks to do). TuSimple believes this is the kind of trucking service that's best suited to automation. Similar operations are normally accomplished by using teams of human drivers, the startup noted. TuSimple claims it's hard to recruit drivers for these long hauls due to the length of the trip and the need to share close quarters with another person. Automating these routes would free up human drivers for shorter trips that keep them closer to home, TuSimple claims.

In addition to the long-haul trucks operated by TuSimple, the USPS recently put out a request for information (RFI) regarding the use of autonomous-driving tech in smaller vehicles used for local deliveries. Its April 15 deadline has come and gone without any discussion of a next step, however. Autonomous driving fits into the Postal Service's five-year plan to revamp mail-delivery operations with new technologies.

Even if it's only for a short pilot program, working with the USPS could give TuSimple an advantage in the race to deploy self-driving trucks, as the startup now has an existing relationship with one of the biggest shippers in the country. Autonomous trucking has attracted big names like Waymo, as well as several startups, with the promise of increasing productivity and cutting costs by eliminating human drivers.

It’s easy to assume that the economics of autonomous vehicles will make them clear winners, but new research shows self-driving cars will have to work hard to match car ownership.