From added insulation to smarter engineering, automakers are trying to swaddle you in inexpensive silence. 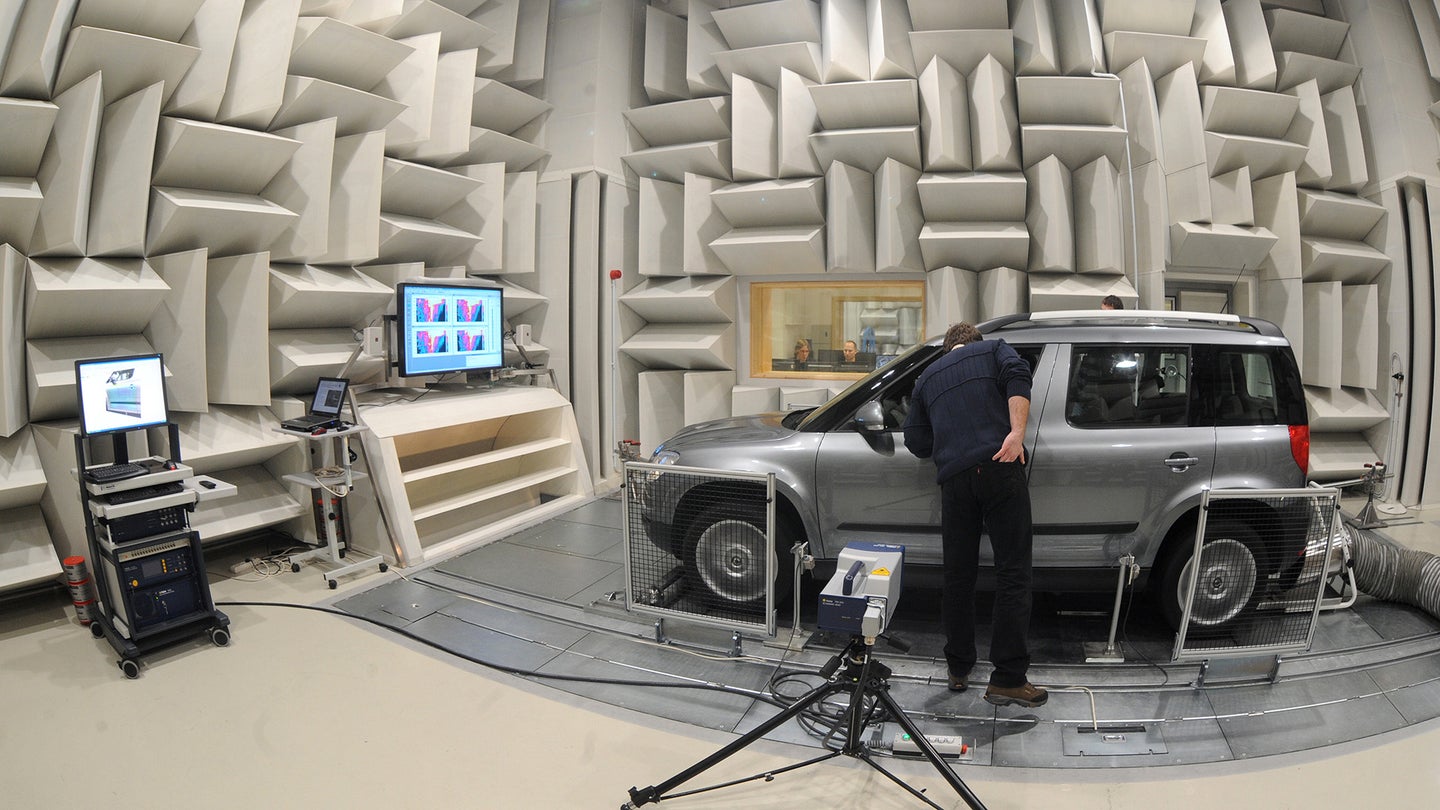 Climb behind the wheel of a new Mercedes-Benz and it's amazing what you hear: nothing, more or less. Just as features like blind-spot monitoring, power-operated everything, and even standard airbags have all trickled down and spread from the upper echelons of the automotive industry to plebes below, so too has the battle to keep all manner of noise out of the cabin and blanket the driver in a cloak of quietude. These days, according to a nice write-up in Wired, engineers at mid-level brands spend a surprising amount of time fighting this war—even on their most inexpensive models.

Just a decade ago, most economy cars were cacophonous machines, all wind noise and buzzy engines and random rattles. These days, your average people-mover might sport wing mirrors specifically designed to divert air away from the window opening, special acoustic glass, or even active noise-cancellation technology. These might seem like unnecessary luxuries, but Honda engineer Andrea Martin told Wired there is a definite safety element to a quiet cabin, noting that "low and mid frequency noise levels can dramatically contribute to driver fatigue."

Wired spoke to engineers from Honda, Volkswagen, Nissan, and Mazda to get a sense of how each automaker approaches this relatively new challenge. The tactics range from preventative to proactive—at Honda, for example, the 2018 Odyssey uses a special foam and "expanding" welding tape in its frame to better seal off the cabin. Meanwhile, Mazda threw basically every trick in the book at the new CX-5 to make it as quiet as possible, including redesigning the frame to move interior sound back to the cargo area, adding another layer of fabric between the carpet and metal floor, and moving the windshield wipers down out of the slipstream.

At Volkswagen and Nissan, the engineers talk about the quest to eliminate the sources of noise themselves, resulting in innovations like new forms of acoustic testing, a redesigned sound-absorbing firewall, and those special wing mirrors.

Of course, this commitment to quiet has gone so far that automakers from BMW to Ford have had to start routing in fake engine noise to please their enthusiast customers. We can only hope that silence doesn't totally win out in the end.