2020 Ford Explorer: A Behind-The-Scenes Look at What Makes This Family SUV So Darn Quiet

From rolling dynos to sound-proof chambers, this is how Ford helps drivers hear the endless bickering and snack requests. 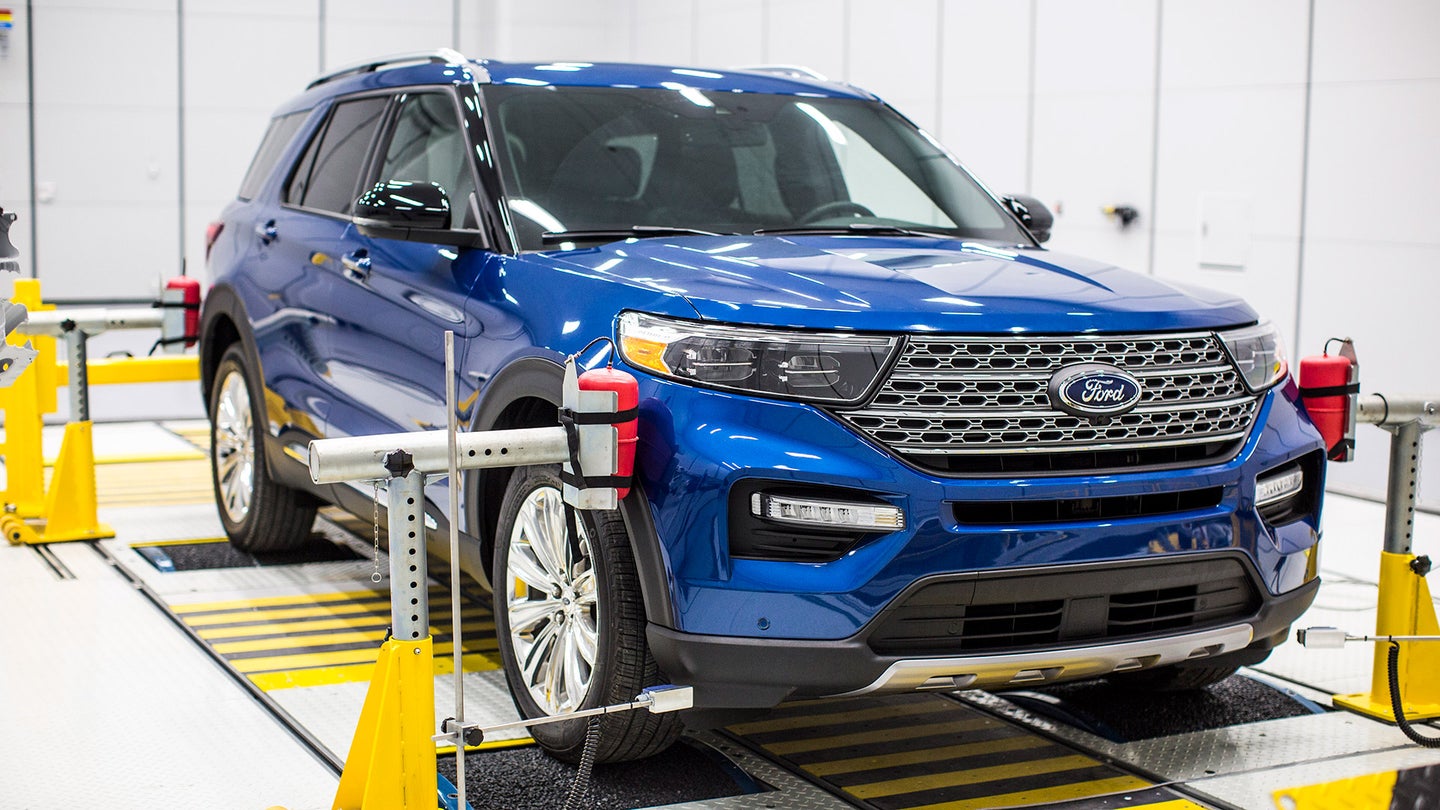 Making a car quieter on the inside is much more difficult than just applying a bunch of sound-dampening foam and then going to lunch. For the new 2020 Ford Explorer, building the entire platform from the ground up gave engineers many opportunities to make the new SUV quieter than ever before, but it wasn't an easy task.

I recently got a behind-the-scenes look at the new technology that Ford is employing to make the Explorer interior quieter, and how it will be applied to future Ford models. Its new driving dynamics lab includes a semi-anechoic chamber with a dyno that can simulate different road materials for testing road noise inside a car. And because Polar Vortexes happen, and materials shrink and expand depending on drastic temperature changes, the complex rig can even perform its test procedure at temperatures ranging from -40 degrees to 140 degrees Fahrenheit.

The 2020 Explorer also gets active noise-canceling on the Limited Hybrid trim, which in itself is nothing new in the automotive industry, but it's a first for the Explorer. This technology works similar to how noise-canceling headphones work, meaning that the car listens for exterior noises and then plays the opposite of those sounds through the speakers. The sound waves essentially cancel each other out, creating silence. Combined that with acoustic, thicker glass, and the cabin remains nice and quiet.

New Explorers also get a new piece of clever engineering called the dual-wall dashboard, which basically creates an air gap between the engine and the cabin to keep sounds out. Think of it as a vacuum that uses air to isolate vibrations.

The bulkhead that connects the dash is relatively familiar, but on the other side of the air gap is the second wall. This wall is made of sheet-molded composite material and it actually mimics a semi-anechoic chamber. The chamber has some thermal material to prevent it from getting too hot (it is right next to the engine) but its purpose is to reduce noise from the engine making its way to the cabin.

Lewis also shared that something like this would be nearly impossible on a mid-cycle refresh, as the component itself isn't heavy, but it is a unique shape that is better functioning when it's actually engineered as part of the engine bay when the vehicle is being designed. While Ford folks were only speaking to the Explorer, it's clear that this tech will make its way on future products.

While it might not look like much, a lot of clever engineering went into something that you might not think a lot about, and you'll definitely never actually see if you drive an Explorer. Needless to say, I'm looking forward to driving the new Explorer to see how well this actually works.