Lincoln's mammoth Navigator has been a sales success. Can the Corsair repeat that feat in a more-petite form? 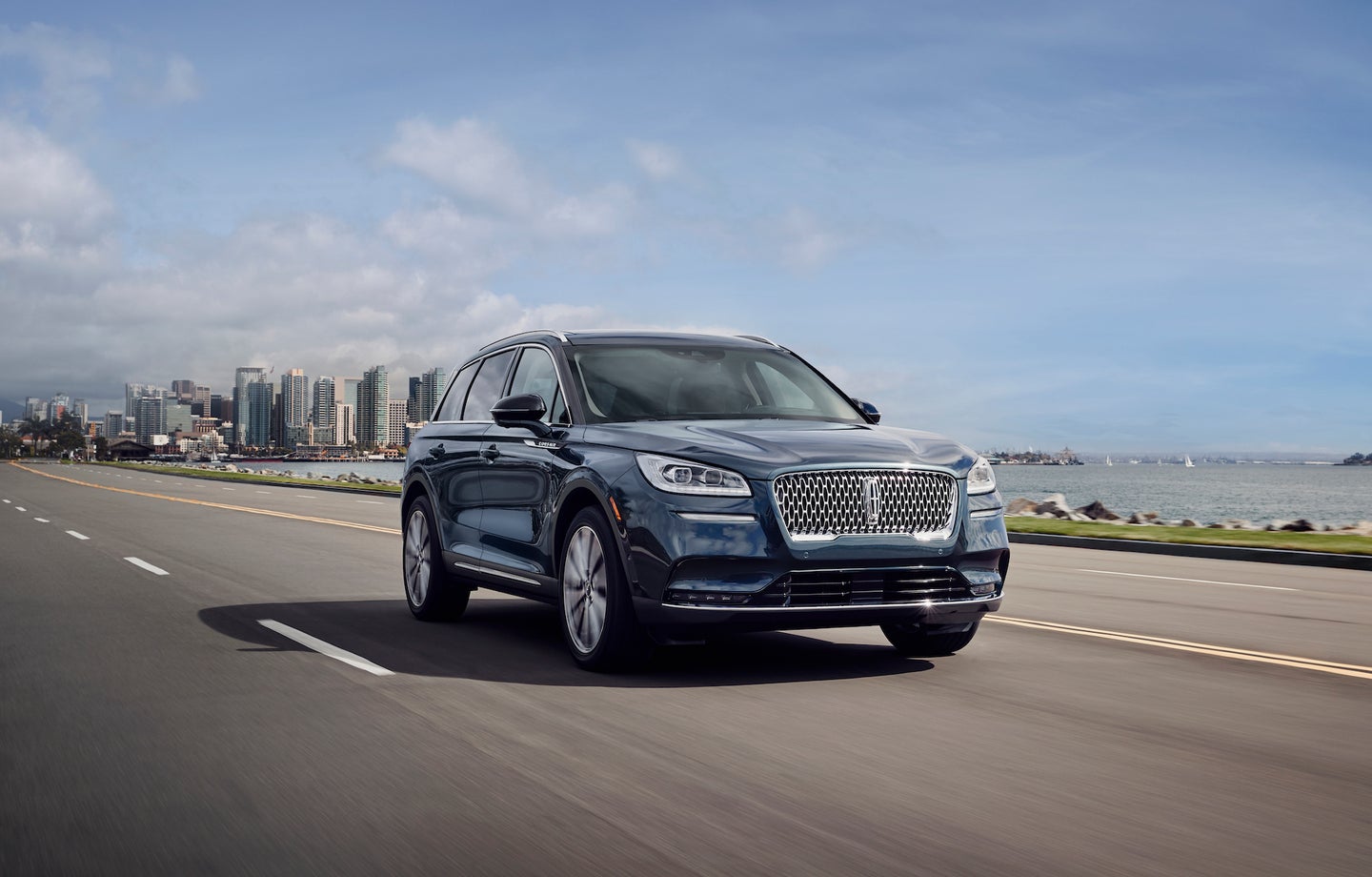 Small luxury SUV’s are like opinions and, um, you know—everyone’s got one. Lincoln’s latest is the 2020 Lincoln Corsair, sharing its modular platform with the all-new Ford Escape and slipping into dock this fall alongside the midsize Lincoln Nautilus, three-row Aviator and battleship-sized Navigator.

Lincoln offered journalists a hands-on preview of the Corsair prior to its official unveiling Wednesday at the New York International Auto Show. And though the replacement for the slow-selling Lincoln MKC appears smartly packaged and tech-savvy, Ford’s luxury unit must prove it can win over buyers in a kill-or-be-killed segment that includes the top-selling Acura RDX, Mercedes GLC, Audi Q5, BMW X3, Lexus NX, Range Rover Evoque and too many others to name.

Amid much marketing-and-design jargon from Lincoln executives—including references to the brand’s “Quiet Flight” slogan, and interiors as “human sanctuaries”—we dug deeper to understand how the Corsair can stand out in its sharp-elbowed marketplace. Melding design cues from the Aviator and Navigator with a modest helping of Audi and Range Rover (the latter in the sharply tapering roofline and jutting roof spoiler), the Corsair definitely has one thing going for it: Unlike some badge-engineered Lincolns of old, the Corsair won’t be confused with its Ford-branded Escape counterpart. And while old-timey enthusiasts (like me) might slip up and call it the Corvair, that shouldn’t matter to the upwardly mobile younger folks or empty nesters that Lincoln sees as this crossover’s key audience.

The Corsair breaks no new design ground, preferring to walk the sober, upright path forged by its Lincoln SUV stablemates, only with a lighter footprint. Lincoln’s signature brightwork grille fronts an especially low, wide design, with deeply scalloped body sides and alloy wheels that start at 18 inches and peak with optional 20’s. The rear end seems the design highlight, including protruding “S-curves” that recall stacked saucers—or a toned-down Renault—with slim LED taillamps and an en vogue full-width lighting strip. Lifting that tailgate via smartphone shows off Lincoln’s “Phone As a Key” tech, which can replace a key fob entirely and manage everything from locking, unlocking and starting to memorizing up to 80 function presets for individual users. Blacked-out roof pillars, front and rear, may get a rise out of some armchair design critics. But Lincoln designers defended them with a series of design sketches that showed how they visually lengthen the vehicle.

Like some petite competitors, the Corsair—built alongside the Escape in Louisville, Ky.—will be offered exclusively in turbocharged four-cylinder guise: A 2.0-liter with 250 horsepower and 275 pound-feet of torque, or a 2.3-liter with 280 horses and 310 pound-feet. Both engines pair with an eight-speed, paddle-shifted automatic transmission. Intelligent AWD can be had with either engine, with a fuel-saving, rear-axle disconnect that allows the Corsair to operate in front-drive mode. For AWD models, five selectable driving modes replace familiar names like “Eco” and “Sport” with, respectively, “Conserve” and “Excite.” An available 12.3-inch digital driver's display flashes those driving modes in animated form, with an eight-inch center touch screen also an option.

Excitement may be relative, with Lincoln highlighting the Corsair’s quiet, comfort and connectivity, with nary a mention of sport or performance. As Rolls-Royce has the market on “wafting,” Lincoln promises “gliding” as the overriding sensation. Compared with the more-affordable Escape, the Corsair adds a dual-wall dashboard with a composite barrier against noise and vibration, active noise control and a unique multi-link rear suspension that Lincoln calls an “Integral Bush” design. An acoustic windshield is standard, with acoustic side glass optional.

The padded cabin aims for the conservative, wad-of-cash American flair of the Navigator and Aviator, albeit at a lower price point. A striking, floating center console cantilevers from a strongly horizontal dashboard. Ambient lighting, in a choice of seven colors, illuminates a Lincoln logo beneath that console. Lincoln’s cosseting, 24-way “Perfect Position” front seats are a lux option, including individual thigh bolsters and massage. A natty, sea-blue-and-white interior is one of three new cabin schemes.

A steering wheel features a push-to-talk button that’s cleverly located on the thumb rest, keeping hands on the wheel. Wifi is standard, as is Lincoln’s "Co-Pilot 360" with automated emergency braking and pedestrian detection, rear view camera, blind spot and cross-traffic detection, lane keeping and automated high beams. For extra dough, owners get adaptive cruise control with traffic jam assist, evasive steering assist, reverse brake assist and a self-parking system that does it all at the push of a button—fully automated steering, shifting, braking and throttle control for either parallel or straight-in parking. There’s also an optional panoramic sunroof, head-up display, 14-speaker Revel premium audio unit and a wireless phone charger in the center armrest.

Passenger and cargo space (and outward visibility) are strong suits: Like the Escape, the Corsair’s second-row seat can slide six inches fore-and-aft, for more maximum legroom (at 38.6 inches) than some vastly larger SUV’s, including the Mercedes GLS-Class and Tesla Model X. Rear-seat recline is manually operated, in contrast to some fully powered rivals. But cargo space behind the upright second row is also generous, as Lincoln demonstrated by stacking four massive suitcases inside. Lincoln hasn’t released pricing for the 2020 Corsair that goes on sale in fall. But a roughly $36,000-to-$37,000 base fare seems a safe bet, a touch more than a current MKC, and on par with Acura’s RDX.

This former Motown man was charmed by the selection of six onboard “symphonic chimes” that ring out in various situations, all sampled from recordings by the Detroit Symphony Orchestra. Now, whether the Corsair receives a trumpeting fanfare from the buying public, or a funeral requiem, remains to be seen.