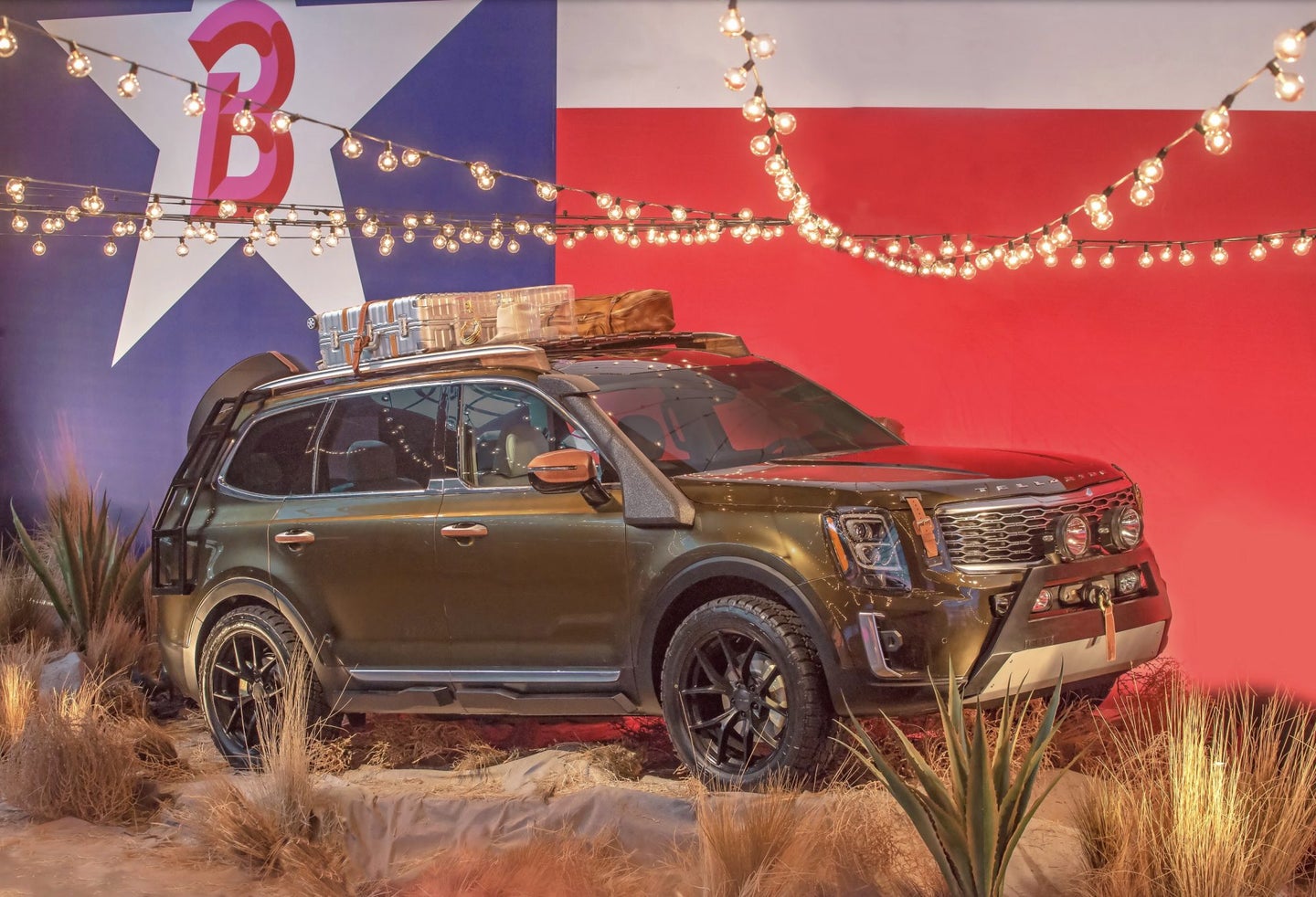 A customized version of the 2020 Kia Telluride SUV made its first public appearance today at New York Fashion Week. Two years after the full-size SUV was unveiled at the 2016 North American International Auto Show in Detroit, it made quite a statement on the fashion runway in the Big Apple. The bespoke SUV was influenced by fashion designer Brandon Maxwell’s 2019 Spring-Summer apparel collection—and his Texas roots.

According to a press release, the eight passenger Telluride production model comes with a new, V6-powered option that is several inches longer and wider than Kia’s seven passenger Sorento midsize SUV.

This automotive art mash-up between Maxwell and Kia is two-fold. Maxwell wanted to give back to his hometown of Marfa, Texas and Kia’s philanthropic wing is donating funding to the Marfa public schools.

“I wanted a partner who could help fill a need in Marfa’s public school system and Kia was looking to create a unique integration for their new Telluride,” said Maxwell in a press release.

The exterior is a deep green. It has custom front and rear bumpers, skidplates, and sidestep sills that depict a ranch-ready look that’s backed up with a hidden winch and a snorkel for wading through any creek or river. The 265/50R-20 off-road tires wrap around flat-black alloy wheels and the spare tire has been custom mounted to the rear hatch, which opens to a metal- and leather-trimmed cargo area. A custom wood and aluminum roof rack with a beautiful custom leather tow strap tongue finish this Kia fashion accessory.

“Only a brand as forward-thinking as Kia could collaborate with Brandon Maxwell to launch the Telluride ahead of its official debut at the North American International Auto Show in January,” said Saad Chehab, vice president of marketing communications for Kia.

The Telluride production model will be assembled at Kia Motors Manufacturing in West Point, Georgia and is scheduled to arrive in showrooms in early 2019.