Which Colors Are Trending at the 2016 Detroit Auto Show?

Vivid insights from our walk-through with the queen of pigments. 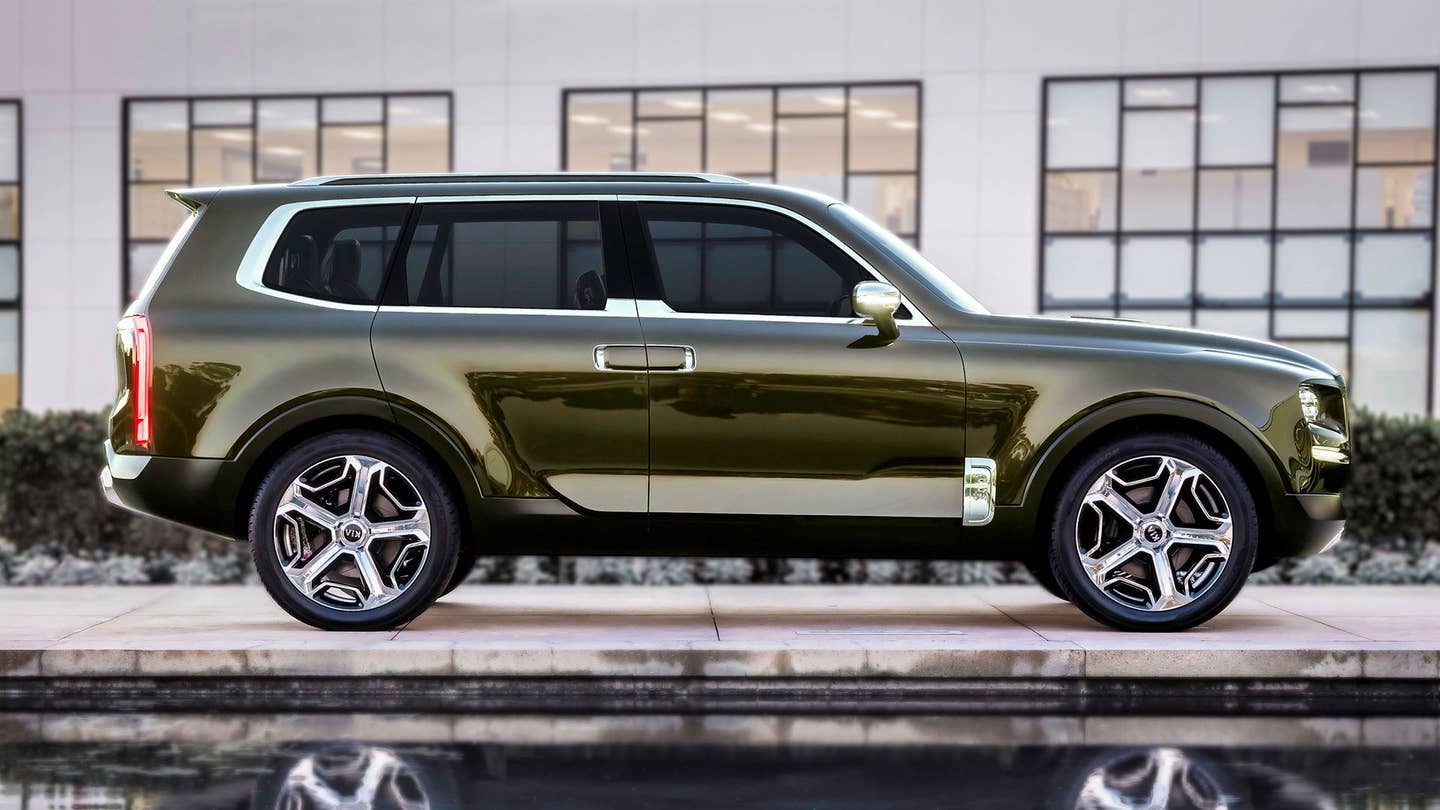 Jane Harrington-Durst is the manager of color and styling for PPG, one of the world’s largest makers of automotive finishes. It is thus her job, if you can believe someone has a job like this, to track current and incipient trends in vehicular hues, so she can help automotive manufacturers, and her own company, prepare for the future. Of car paint.

Harrington-Durst seeks out cues for rising color trends in the worlds of art, architecture, home furnishings, interior design, boats, food, hospitality and consumer electronics. But one of her key tasks is to walk around the nation’s big auto shows and observe the colors that manufacturers are using on the models they display. “I try to get as much information from auto shows as possible,” she says. “And I do think that what manufacturers show here is significant. It’s an opportunity to get a lot of press on a color, maybe to get some thoughts out there about what’s kind of in the future.”

Since we are into design, and we like stalking people, we thought it would be a good idea to walk the floor of the North American International Auto Show in Detroit—America’s premier car convention—with Harrington-Durst and see the world through her rainbow-colored goggles.

Sadly, the great majority of the world’s new cars seem to lack color altogether. White, gray, silver and black cover the exteriors of three-quarters of the vehicles that move off the planet’s dealer lots. Just as sadly, the auto shows tend to nearly replicate this same ratio. However, there are some shiny glimmers that those trends seem to be shifting.

"We're seeing a lot more yellows, oranges and golden tones at this show," Harrington-Durst says, standing in front of the solar Audi H-Tron hydrogen-powered crossover concept. Here, in this alt-fuel application,she felt that it connoted energy, warmth and cleanness. The same could be applied when we gazed on the cupric yellow that coated the production version of the Chevrolet Bolt. "It practically vibrates," she says.

Down the stand from the Bolt was the new Cruze hatchback concept, a sporty and youthful compact car shown in a vibrant orange-gold metallic. "We're seeing oranges and golds increasing in color popularity, noticeably," Harrington-Durst says. "Traditional golds used to be associated with older-school or older demographic vehicles, like a Grand Marquis. But now we're getting more powerful golds in brown and orange tones that are more sporty and youthful. They connote technical outdoor equipment, ruggedness and adventure."

This is especially the case with bright orange accents, which were extremely common, especially on trucks. Jeep (Wrangler, Grand Cherokee, Cherokee, Renegade), Nissan (Titan Warrior) and even Mercedes-Benz (C-Class Orange Edition) all showed bright orange badging and trim. This color breaks up the monolithic sides of larger vehicles, but even in small doses, can be used to connote an adventurous and forceful intent.

Even bigger than orange is a return to blue. Porsche (911 lineup), Volvo (S90) and Mercedes (S-Class Cabrio) all showed new production cars in a light chalky blue, like an overcast sky with the sun simmering beneath. "It's a way to do a different take on gray, but without a real risk of going too far," Harrington-Durst says. "Blue is traditional. But it also connotes real luxury. Think, True Blue, Blue Blood."

The ocean-floor deep midnight blue on Buick's Avista Concept, despite being opposite in tone, was very similar in its intent. "The richness of this shade, it's near blackness, is a work of art," Harrington-Durst says. "Again, black is luxury. It's the most popular color in the European luxury market. This is a way of putting a safe spin on black by making it such a rich blue."

Lincoln's Continental blue fell into another category altogether. Because it lacked any metallic or pearlescent effect, it was more of a harkening back to the brand's vintage heritage, a move that Harrington-Durst deemed "risky." However, it did seem to have some utilitarian effect. "These kinds of colors tend to define the edges of a car more, especially on one with longer, flatter planes."

But the color we were most excited to see was one that had a quasi-militaristic connotation: olive drab. Jeep, not surprisingly, called up its armed forces heritage by showing it on all of the vehicles in their 75th anniversary lineup. But Kia showed a stunning full-size SUV concept, the Telluride, that was coated in a richly lacquered brownish green that felt like falling through an alpine forest. We were mesmerised, though we wrote this off in part to our Seventies upbringing, surrounded as we were by Avocado appliances and countertops. "Me, too," Harrington-Durst admits. "But I love it just the same."