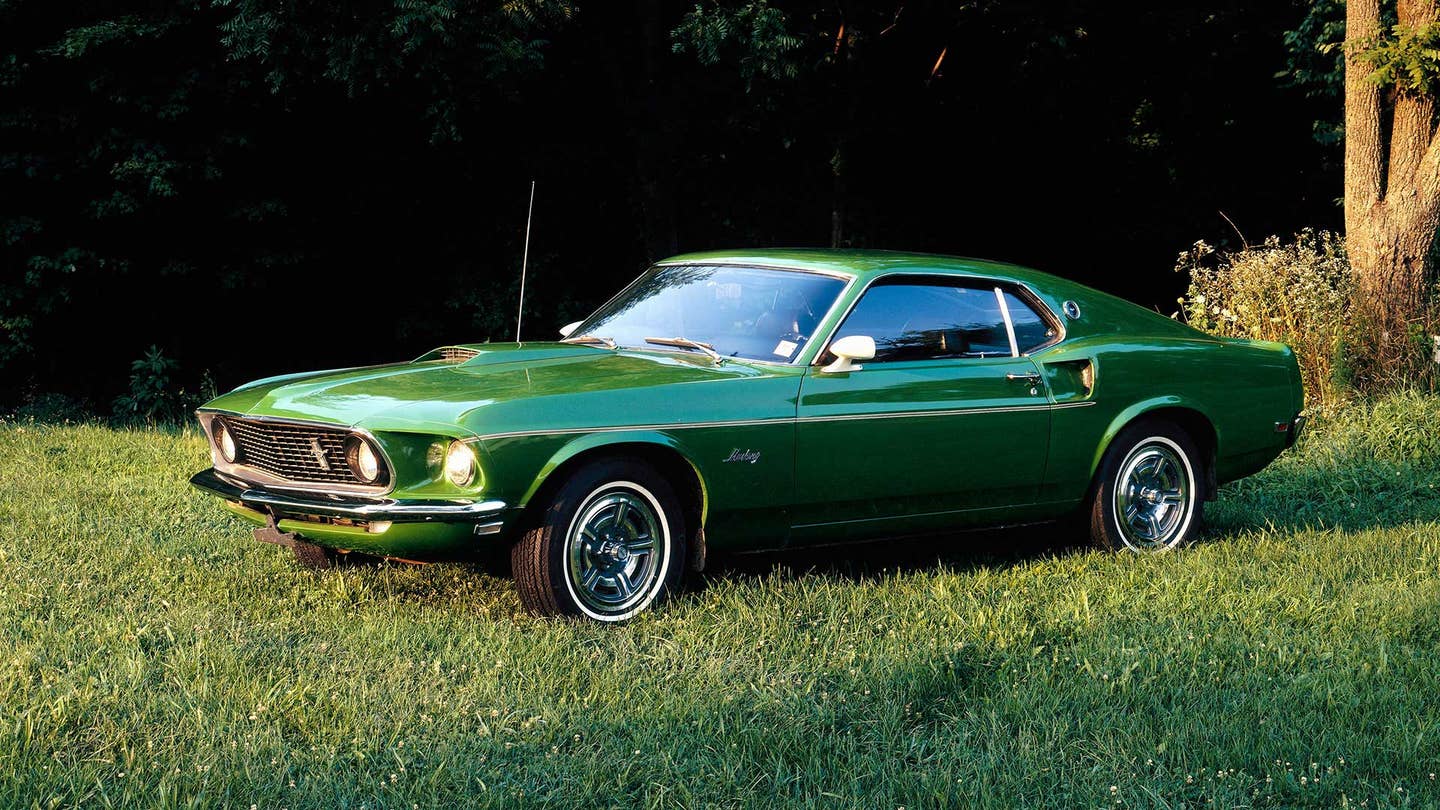 A good paint job can do a lot for a car. It can highlight design and add presence, accentuate its virtues and hide its flaws. Car companies have been creating interesting, beautiful colors for as long as automobiles have existed. So, to inspire consumers and automakers alike, we’ve assembled a list of perfect factory paint codes. Some are domestic, some foreign; some simple and gorgeous, others vibrant and flamboyant. All are shades of a single color: Perfection.

Orange happens to be McLaren’s favorite color—just take a look at its logo—and this igneous hue pairs stunningly well with the brand’s cars. Then again, Volcano Orange could make a potato look sexy, so that’s kind of selling chief stylist Frank Stephenson short.

Not everybody loves this greenish-yellow color, and that’s fine. Sure, it bears a slight resemblance to the stuff coming from a Gerber-fed baby’s tailpipe. Sure, it may cause outbursts of fake-puking noises every time fifth graders see it. But when you catch a glimpse of it on an M3, it just… works.

Two words: Steve McQueen. The King of Cool rocked a Highland Green ’68 Mustang GT in one of the greatest chase scenes of all time, and that’s more than enough to launch this shade straight onto this list. But even if it weren’t the color of the Bullitt Mustang, it’d still be a really handsome shade of green.

No joke, this special-edition, Veloster-only color is, as T-Swift would put it, handsome as hell. Matte paints have been a bit of a thing for the last few years, but largely among customizers and luxury car companies. The fact that Hyundai whipped up a concept car-worthy shade of matte cerulean and sells it on a $24,000 car (available only with a stick!) earns this blue its rightful spot.

This Mopar shade is exactly the sort of thing you’d expect on a no-apologies muscle car. Roughly as bright as a nuclear explosion, it pops like a bag of Orville Redenbacher under sunlight. It’s basically a nonverbal “Watch this!”, whether you’re lighting up the rears or just idling at a stoplight.

The Porsche 911 GT3 RS is bonkers in any color, so why not go all-out and slap some purple paint on there? Thrown over the hardest 911’s bulging curves, this Barney-blood shade makes a hardcore Porsche seem approachable, but don’t be fooled. So painted, a 911 becomes the poison dart frog of cars.

In an era where almost every car’s paint comes with a metallic sheen—and the few that don’t seem to be matte—Audi’s flat gray is a refreshing change of pace. Monochromatic as the Seattle sky, it renders the car wearing it nearly invisible at a passing glance, making it perfect for avoiding the 5-0—but stare at it for a bit, and it reveals every curve, flare and line.

Green, in its myriad forms, has been the U.K.’s motorsport “colour” for a hundred years. Just about every British sports-car maker has taken a crack at its own shade of BRG—but perhaps no mixture looked better than the deep evergreen that Triumph applied to the 1970s-era Spitfire.

You can slather any car you like with this shade, but it’ll always look best on a Porsche 911. Specifically, an original 911, one from that beautiful era before Porsche slapped different model codes on the car to tell the generations apart. Warm as the Tahitian sun, more golden than Blake Lively’s hair, it’s a color you could spend the rest of your life staring at.

White cars, like white shoes, require serious care to keep clean. But the matte white paint Lamborghini offers on its cars shows off those sharp edges so well, it makes it worth massaging the car with rubbing alcohol for 20 minutes every time it comes home. How many colors make a car look like it was grown inside a giant oyster?

Missed the first installment? Take a gander here, and if we botched either list, we challenge you to find better. Let us know in the comments.