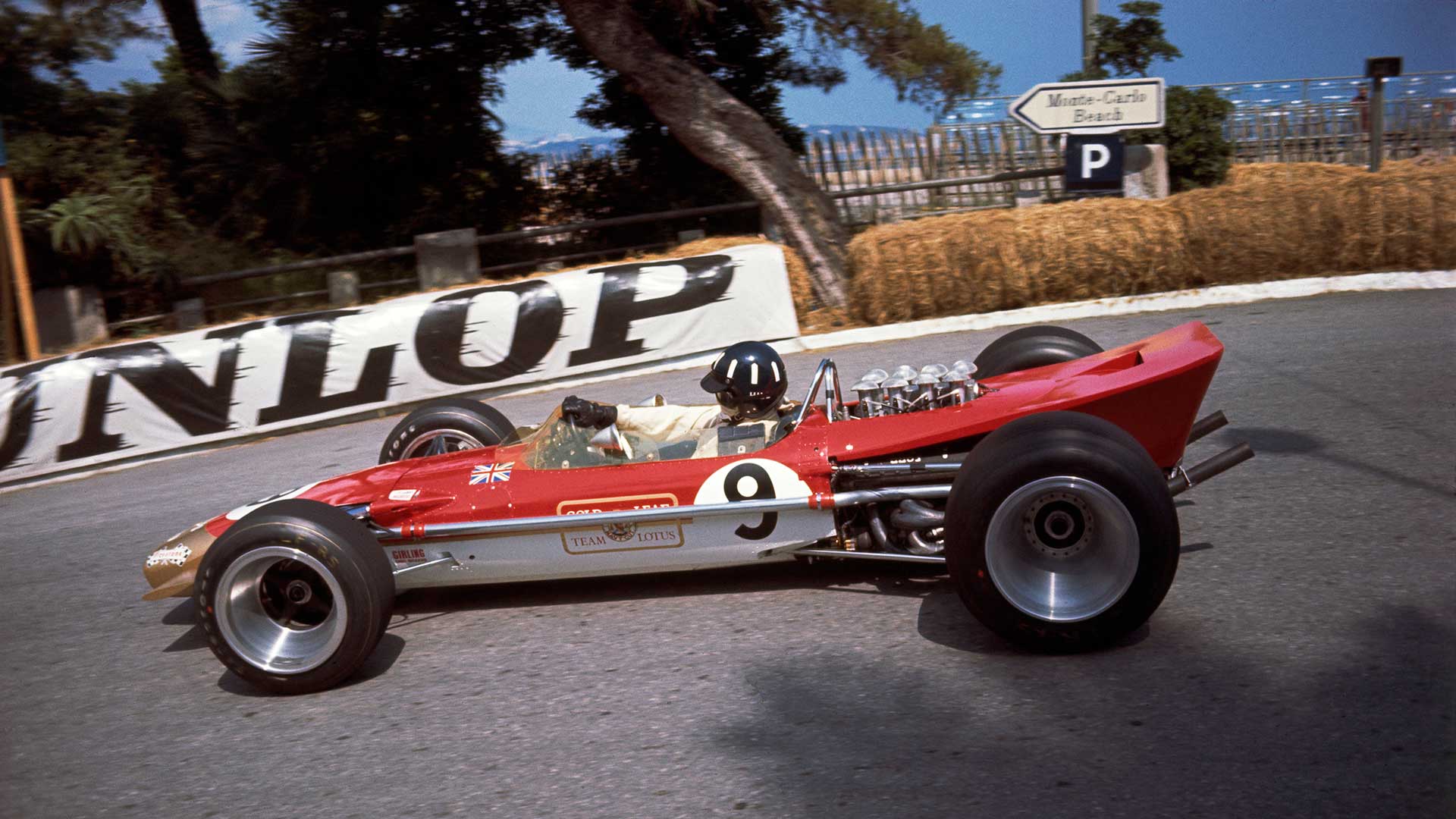 For the 1968 season, Team Lotus sold its naming rights to Gold Leaf, resulting in the first Formula 1 car to wear sponsor livery of any kind. You might argue that the red, white and gold is both F1’s prettiest car and its original sin.Klemantaski Collection/Getty Images

They called the Camel Trophy the “4x4 Olympics." Herds of off-roaders took to Papua New Guinea and Mongolia and Kalimantan to compete, making the sandglow sticker-clad Land Rover Discovery an icon. 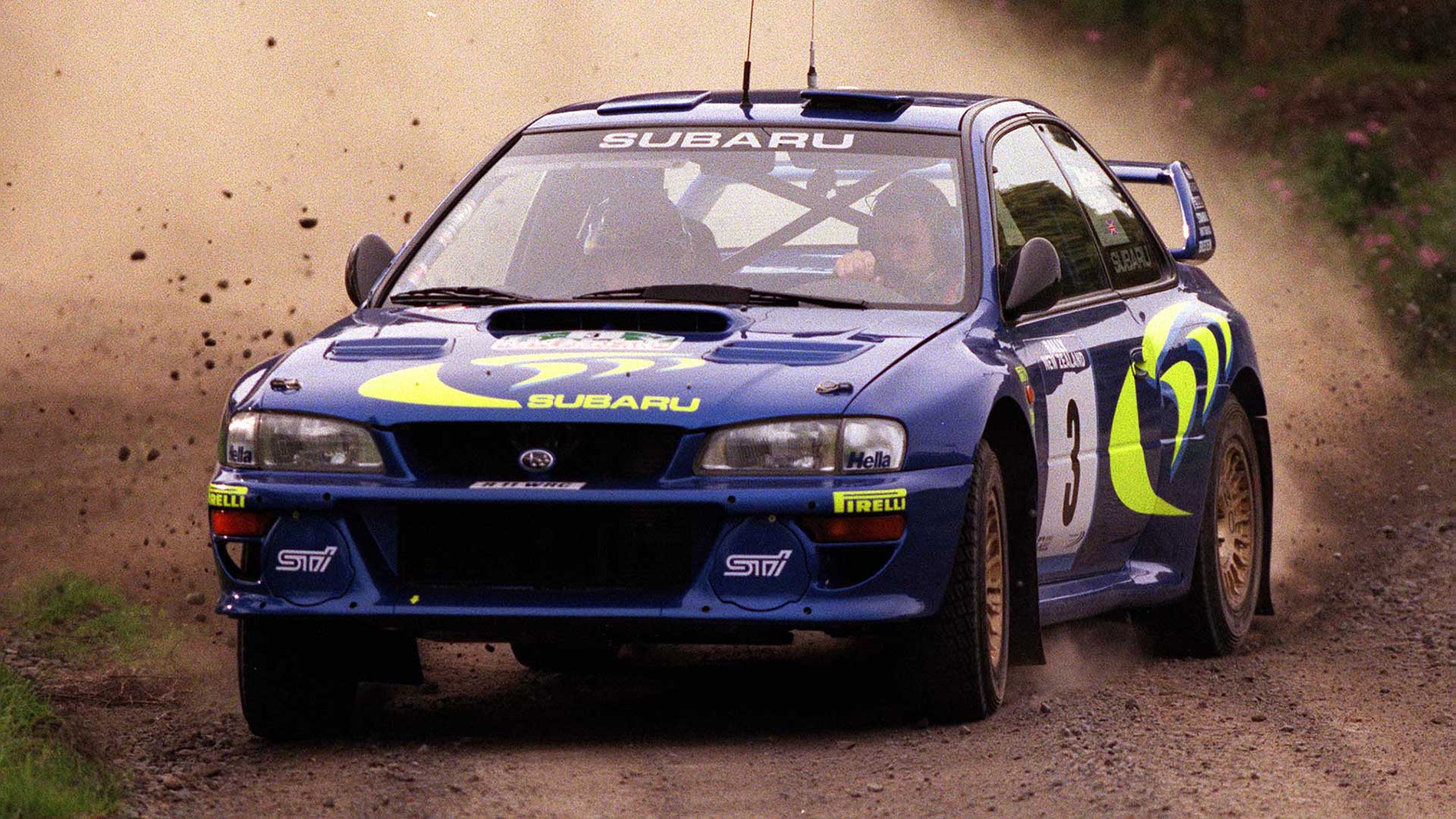 This one established the rallying legend of Scottish wheelman Colin McRae, and made the Impreza-based WRC car an icon. The look is so strong that even after it ditched 555 as a sponsor, Subaru kept the same blue-and-yellow graphics scheme.rr Phil Walter/Getty Images

Purple… so violently purple. And fast. Jaguar’s Group C racer took the win at Le Mans in 1988, the company’s first outright victory there since 1957. Thus, a new generation of British motorsport fanatics was born. 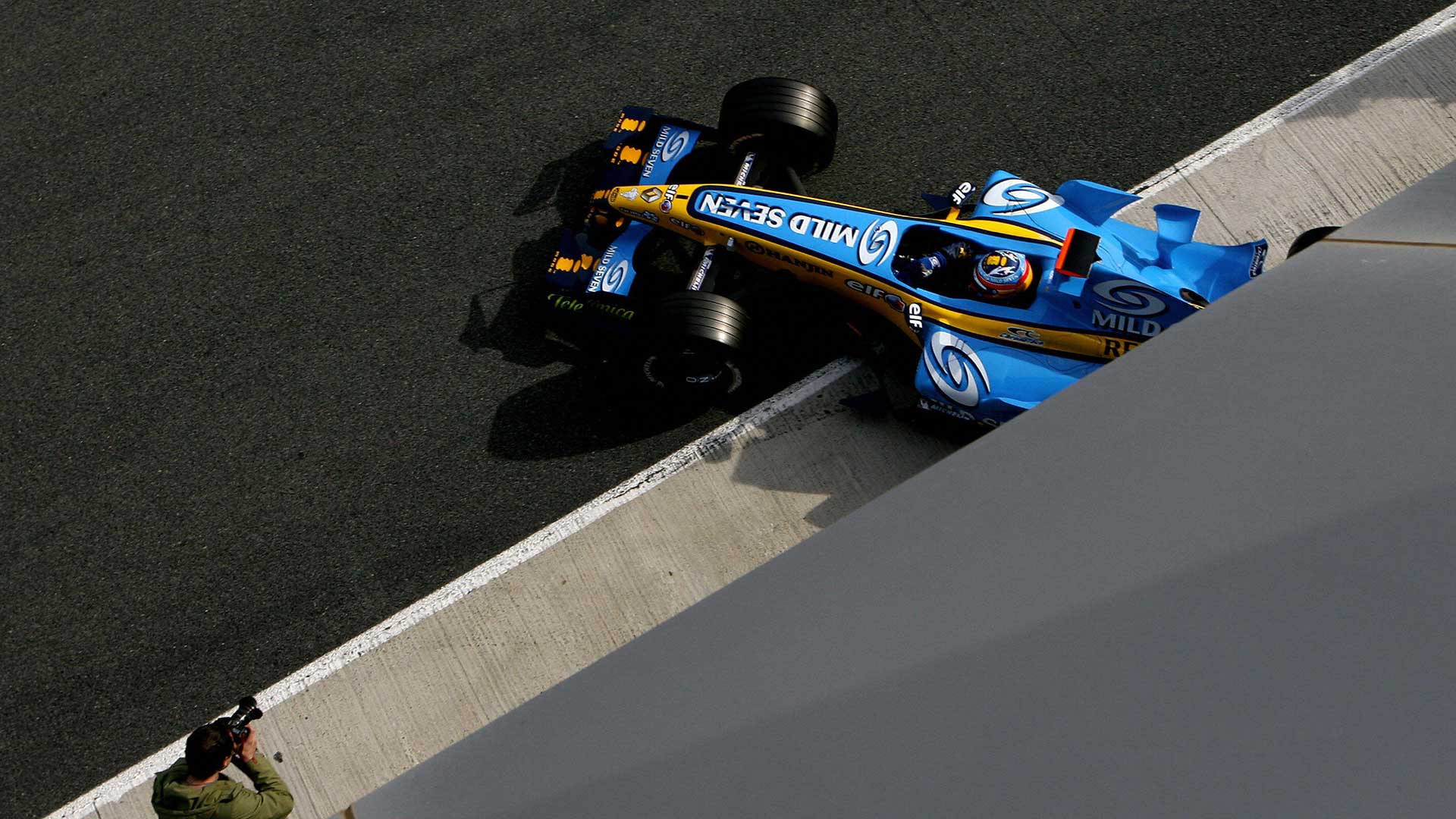 The lean, scything Renault beat the seemingly indomitable Michael Schumacher and Ferrari in 2006, and looked damn good doing it. The blue and yellow made its pilot, Fernando Alonso, a lot of green, too: He earned a fat payday in his transfer to McLaren the following season.JOSE LUIS ROCA/AFP/Getty Images 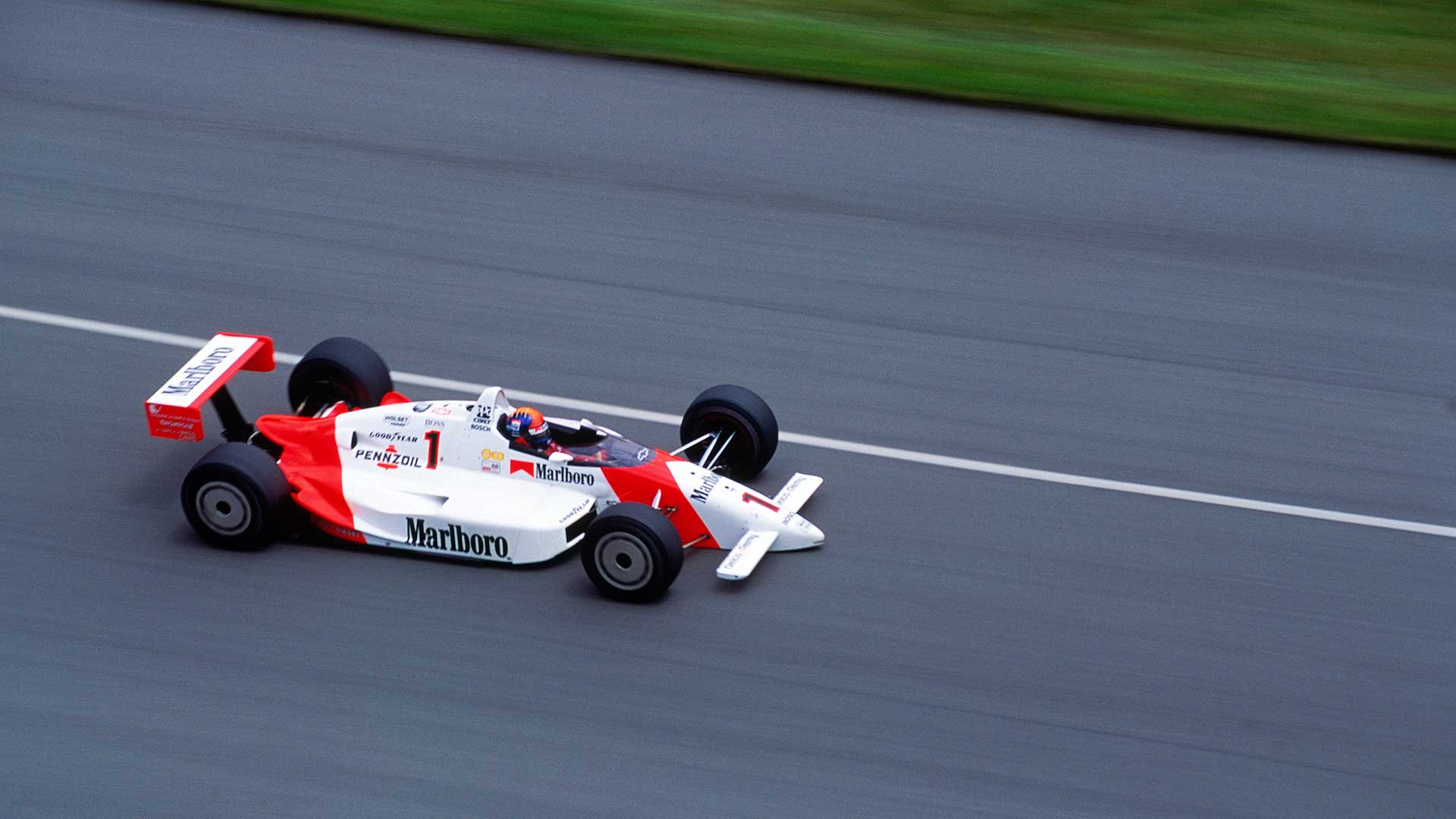 For 1990, both McLaren and Penske flew Marlboro colors, in F1 and the CART open-wheel series, respectively. Both gorgeous, and helmed by legends: three-time F1 champ Ayrton Senna and his Brazilian countryman Emerson Fittipaldi.rr Focus on Sport/Getty Images

A swan song for Suzuki’s MotoGP team, the teal-and-orange scheme made a splash at its public unveiling in 2010. Dog slow, sure, but quick to make folks rubberneck. One of the limited-edition Rizla GSX-R 1000R road bikes is high on our wish list. 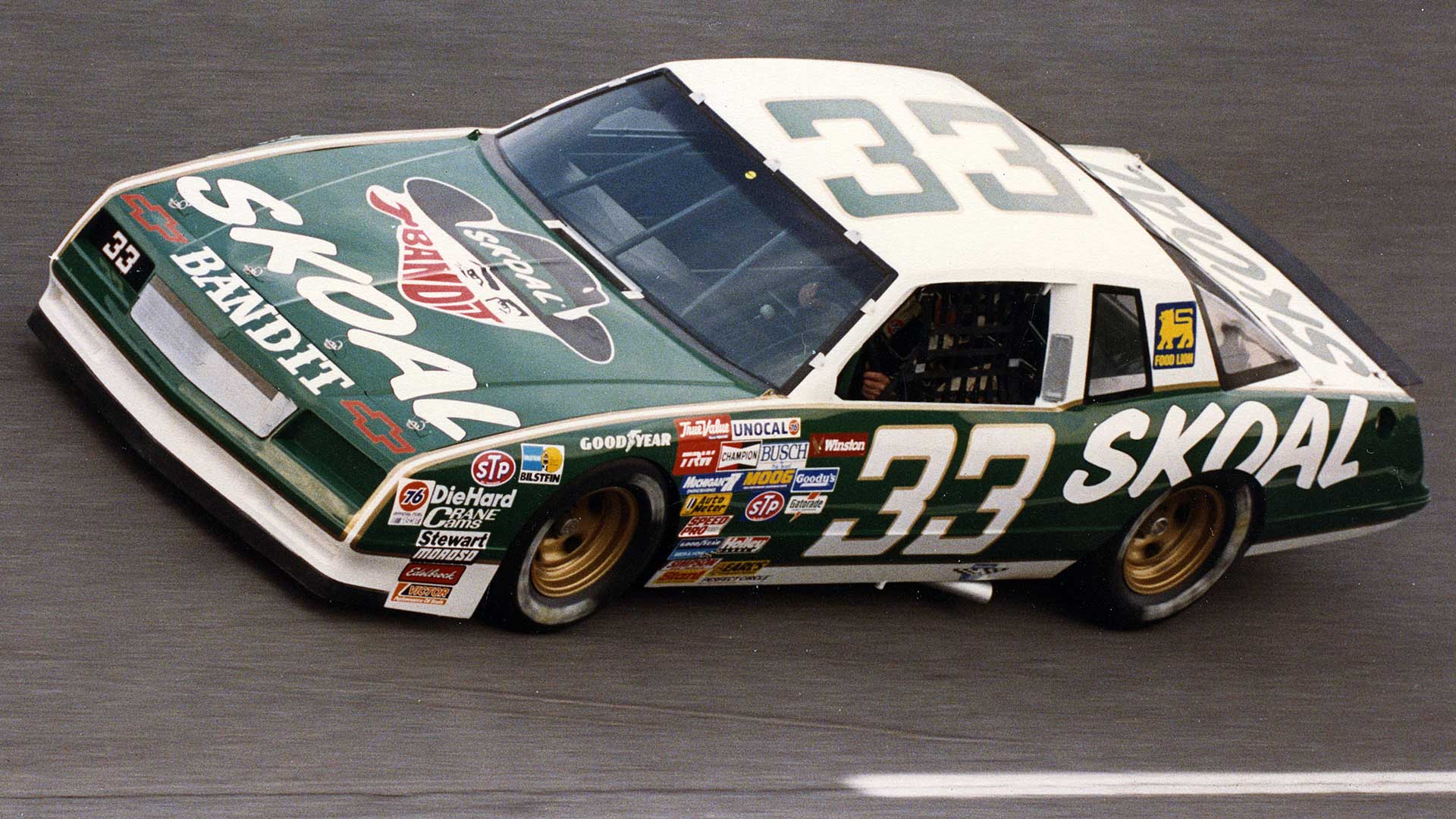 The No. 33 Pontiac was arguably the most recognizable of NASCAR’s Generation 3 machines (that is, actual stock cars). It made North Carolina’s own “Handsome” Harry Gant a star, and helped solidify Winston Cup as America’s preeminent racing series during the Eighties and Nineties.ISC Images & Archives via Getty Images

A slew of legendary Porsches wore the Rothmans scheme, including the Le Mans-winning 956 and 962 prototypes. But the 911 SC rally car epitomizes the glory of early Group B: stock looks, rear-drive, colorful livery.

Before Andretti Autosport, there was Team KOOL Green. The colors were flattering on the Honda-powered Reynard 98i, and signaled the arrival of a new star wheelman: Dario Franchitti, who would go on to win the IndyCar crown four times, and slug milk with then-wife Ashley Judd following victories at the Indianapolis 500.Robert Laberge /Allsport

Miguel Duhamel is the second-winningest rider in AMA Superbike history, and the third-gen CBR was his prettiest steed. Its “Smokin’ Joe’s” Mardi Gras-esque livery is Nineties sportbike perfection.ISC Images & Archives via Getty Images 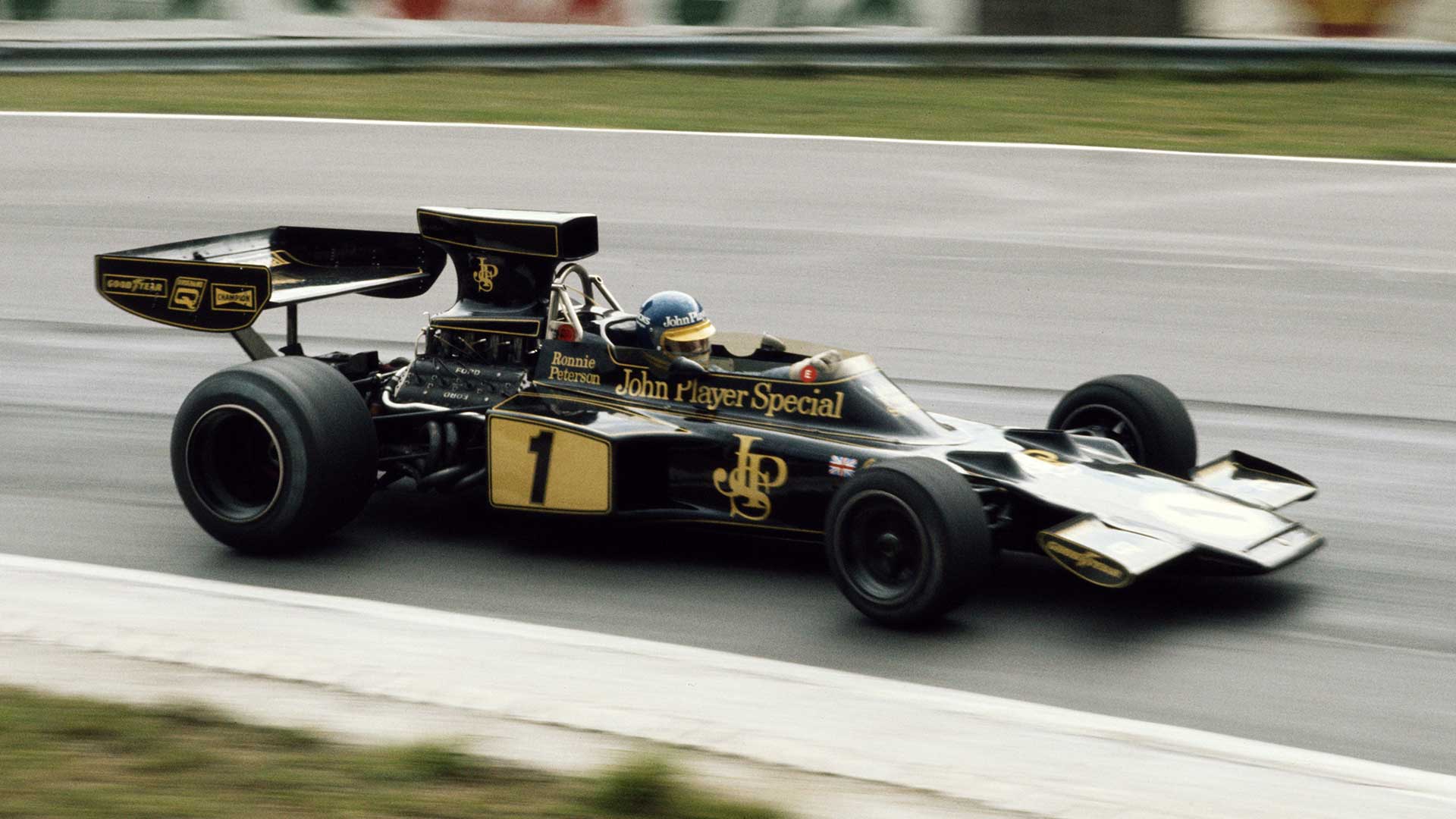 John Player Special, genesis. Later iterations of the JPS were more successful, carrying the likes of Jochen Rindt, Mario Andretti and Ayrton Senna, but the 72 was first in Lotus’ exceptional Seventies and Eighties bloodline.
MORE TO READ