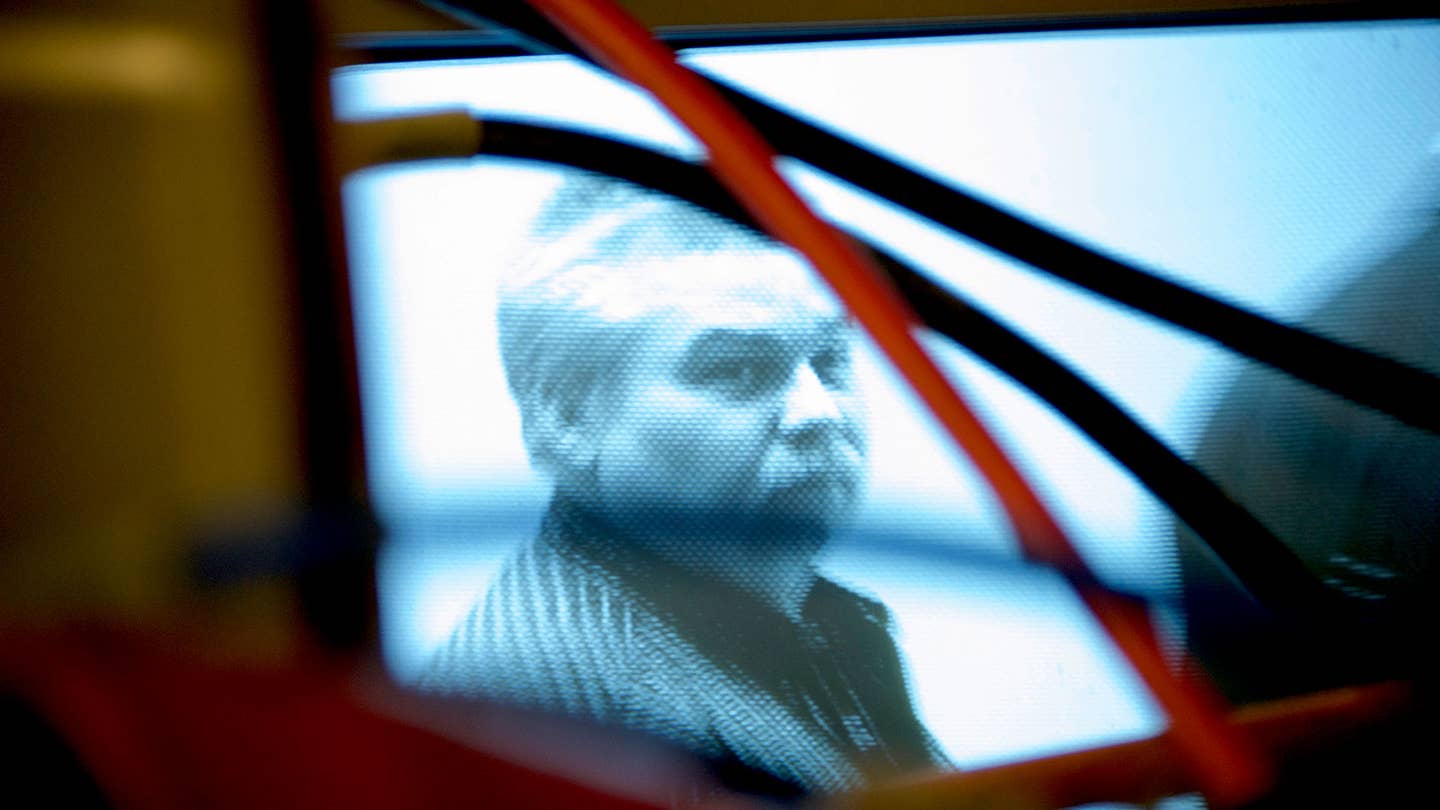 It should go without saying that what follows is spoiler-laden.—ed

If you’ve been transfixed, as I have, by the Netflix series Making a Murderer, you’re familiar with the Avery family junkyard, a 30-acre plot in Two Rivers, Wisc., strewn with rusted-out wrecks, industrial machinery and trailers.

We see the Avery Junkyard, early and often, in languorous panning shots, the backdrop for plaintive jailhouse conversations between the documentary’s protagonists. We see it in court photographs, in flat light dotted by tented evidence markers. We see it from overhead, in aerial shots, its orderly rows leading to a foreboding quarry in the distance. And we see vignettes of daily life for Steven Avery and his family, the main characters in Murderer, the latest incarnation of our current national obsession with haute-noir true-crime documentaries.

It is out of practical necessity that producers made this choice—how else to bring hours and hours of phone conversation to life, to place them in the world?—but also one of the most crucial calls they made in making this the year’s runaway true-crime hit.

Avery’s travails have hogged the nation’s digital and mental bandwidth these past couple of weeks. Is he guilty of murdering Teresa Halbach, 25, a photographer from AutoTrader magazine who came to the junkyard on Halloween Day, 2005? Was he framed by the Manitowoc Police Department, averting a multimillion-dollar settlement over Avery’s wrongful conviction and 18-year imprisonment for rape in the same jurisdiction in 1985? Or was he framed by his brothers, jealous of Avery’s newfound fame and potential windfall?

In consuming series like Murderer or Serial before it, our inclination is to demand the truth—to revel in the what-ifs and churn about on the sea of evidence. That itch is precisely why you can’t stop watching stuff like this.

But these intimate portrayals of life in America can also be read as as mirrors, in a sense. What do our own biases say about our conclusions, our armchair jurisprudence? Why does it matter that we’re here, in the junkyard among the cars and clutter, instead of a wealthy suburb, say, or anywhere else in America? How does that color our perception of the truth? Whether you’re a viewer suspending disbelief or a juror held to the presumption of innocence, what happens when you walk past the gates to the yard?

I spent a few years covering trials as a fledgling journalist at Court TV, deeply wedded to the minutiae of Kobe Bryant’s assault trial in Colorado, Winona Ryder’s shoplifting trial in Beverly Hills, the Peterson murder trial in North Carolina that was later turned into the documentary The Staircase, and many others. I watched as juries were empaneled, as facts were massaged and manipulated, and as talking heads—Nancy Grace, Sean Hannity, Wolf Blitzer—shouted at the Citizens of America to demand justice, to fight for the truth.

Few heads remain cool in conversations about death and justice, of course, and everyone’s got a gut feeling. But especially in places like small-town Wisconsin, the search for “truth,” “closure,” and “justice” is a muddy slog that’s fraught with biases, confused by small-town politics and unfamiliar motives. Often, the right man ends up behind bars. And often, the case that is presented to the jury has a high degree of foundation in truth.

But make no mistake: A trial is a play writ small, a small-batch drama produced for a select audience of 12. What you see on TV paints a narrow picture of what the jury saw in court—and what they saw in court can’t possibly depict reality in all of its sublime weirdness. Rarely—very rarely—is there definitive proof. There is evidence. And there is instinct. And then there’s your own baggage—as a juror, as a viewer—that, by definition, adds to the alchemy.

That’s why I care so much about the Avery junkyard. Avery and his family share the spotlight, sure, but their profession, their domain, is a character whose influence looms large in the series—not just as a backdrop, a photogenic readymade—but in how we, and the community around them, perceive the Averys as a clan.

Junkyards can be eerie places, collectors of ruin and decay, but they can also be sites of raw potential, offering the chance to snag a rare part at a discount, or acting as a catalyst for shop talk and socialization. Chances are, what you think about a junkyard can color what you think about the people who run it, the people who live amid these physical manifestations of trauma, loss and regret.

So, does this make the Averys honest people who perform a needed service to the community? Or are they outcasts, living in a lawless world on the fringes of society, feeding off of its mistakes? And have you ever visited a junkyard? Would you? Would you now?

The producers of Murderer know this, and to their credit they’re careful not to color this environment unduly. It would have been very easy to make a bogeyman of the yard—stark light, brooding bed tracks—but they didn’t. They couldn’t really, as you’d never have watched to the end if you decided early on that Avery did it.

Early on, the creators explain the reputation the Averys had in town: They were outcasts, a close-knit bunch, perhaps, but non-conforming in almost every way. A clerk complained about Steven Avery’s hygiene. Police records showed kin being pitted against kin over indecent exposure, minor traffic skirmishes. And the yard itself was a compound, a bulwark against the rules of the outside world. If you’re living among wrecked cars, maybe plinking a few cans once in a while is a normal thing, not a telltale reveal.

And so the series goes to great lengths to give the Averys a fair shake in ways you might not realize at first. There’s moody music played over the slow pans of ruddy quarter panels and corrugated sheds, but it’s not ominous. With the jailhouse recorders whirring, we hear Avery bitching about prison, despairing, pondering suicide if he loses. But he also pines for his mother, his fiancé, his freedom. He recalls a childhood of wonder spent amid the cars: batteries connected to still-functioning radios, mattresses laid out under the stars. He’s rendered human. Perhaps faulty, perhaps guilty, but human.

What’s even more striking is Avery’s mother. She’s here still in the yard. She cares deeply about her flawed son. Here, too, the love of a mother and a son can grow and persist and endure in the stillness of stacked cars. Human perseverance isn’t sapped by a setting. Beauty is (you knew this was coming) in the eye of the beholder.

If you’ve watched enough of the series (stop now if you haven’t made it past episodes 3 or 4) you’ll know that eventually, the Avery junkyard, too, is shown to harbor its horrors. Amid an orderly arrangement of cars, a search team canvassing the yard—and given entree by Avery’s brother—uncovers the green Rav4 belonging to the AutoTrader photographer who went missing. Her charred bones are found on the Avery property conspicuously close to Steven Avery’s lodging; an invoice from AutoTrader is found on Avery’s desk. The key to the Rav4 is later found in Avery’s bedroom and the trial unfolds.

But what resonates most with me now isn’t the verdict, or Avery’s fate. It isn’t the attorneys out of central casting (Midwest Division), some of who’ve become villains, others bookish heart throbs and philosophers. And it’s not the newsmen and women: prim, trimmed and turtlenecked, painted in pale shades of foundation, seizing the story in a frisson of excitement. They are all but frothing over the Defining Career Moment they’ve stumbled into.

What remains is Steven Avery’s tortured mother, the embodiment of maternal love and persistence. It’s the gruff ambition and industrious love of his father, showing us the fish breeding tanks where he saw his son inheriting a business that wasn’t just breaking down the world but building it up. It is the intimacy of these private moments revealed to us against the backdrop of the yard.

We’re conditioned to see demons in places like the Avery Junkyard, the salvage depots and chopshops of Hollywood: The RV stash zone of Breaking Bad or the site of Walt’s showdown with the Mexican drug kingpins; The chop shop in John Wick; the industrial apocalpyse of Jack Reacher; and so many others. This is where anything can happen, and often, where bad things happen.