The thoroughbred Hoosier finds himself thinking about the Greatest Spectacle in Racing more and more at age 47. 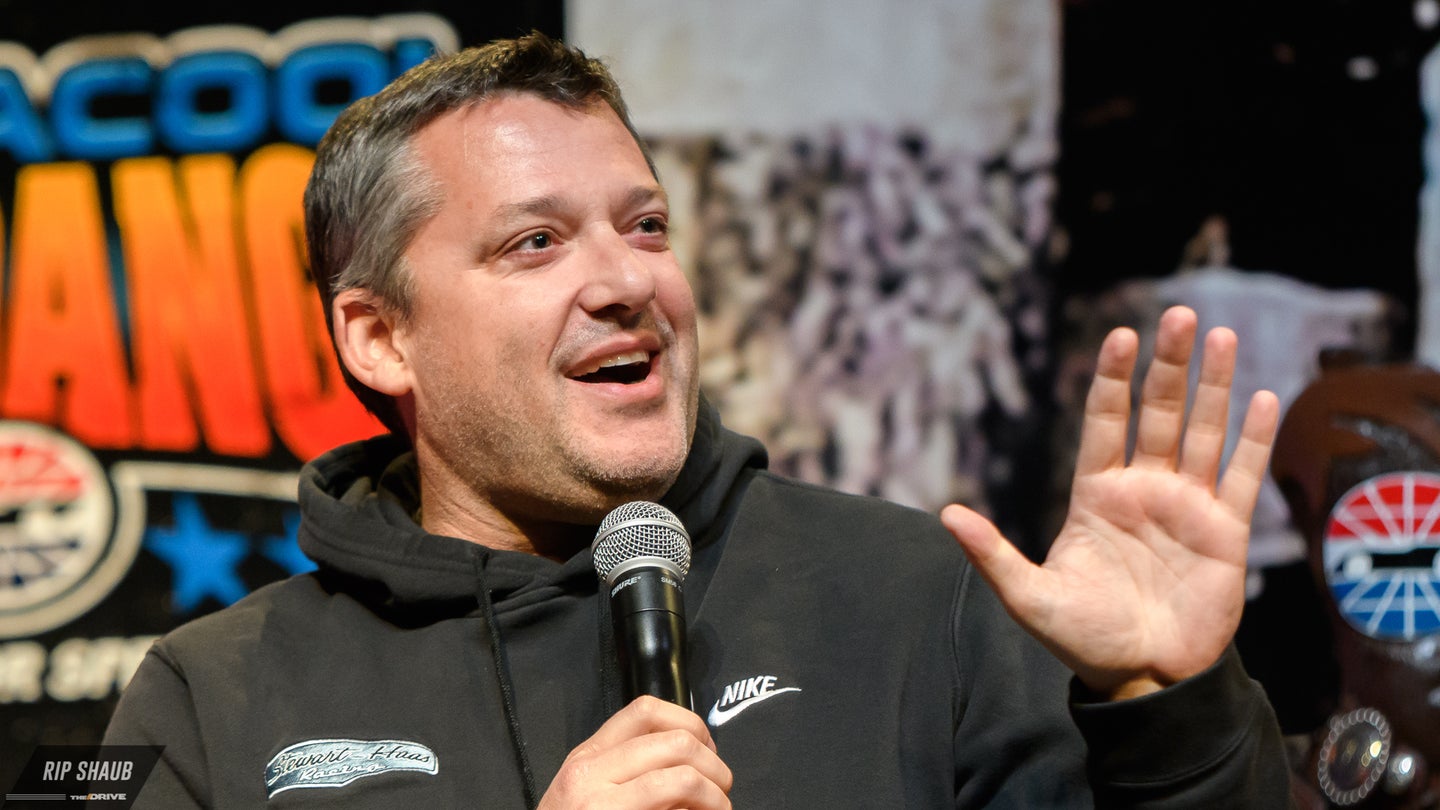 Tony Stewart is, undeniably, a racer. He's driven and won championships at NASCAR's top level, piloted dirt-track sprint cars since he was a young'n, and entered a handful of Indianapolis 500s in a former life. Now, at the age of 47, Stewart claims that he's considering making a comeback to the Greatest Spectacle in Racing, perhaps as soon as 2019.

Since hanging up his gloves as a NASCAR stud, the Columbus, Indiana-born professional now resides at the helm of Stewart-Haas Racing, his own team which fields cars in a slew of national series and, if you hadn't noticed, has been quite successful in its own right. While stars like Kevin Harvick, Kurt Busch, Clint Bowyer, and Aric Almirola light up the Cup circuit on SHR's behalf, Stewart is banging it out at dirt ovals nationwide, having entered 62 sprint car races so far in 2018.

This level of competitiveness has kept Stewart's fire burning, and as he told media at Thursday's unveiling of the all-new Ford Mustang NASCAR Cup racer, he's got the itch to run at Indy again for the first time since 2001.

“If I go, I’m not going just to run it,” said Stewart. “I don’t want to be a sideshow like Danica (Patrick) was at Indy this year. If I go, I want to go feeling like I’ve got the same opportunity to win that everyone else in the field does."

“It’s an insult to the guys who do it every week to show up and think you’re going to be as good as those guys are. They’re on their game. They know their cars. They know how they need their cars to feel in practice to be good in the race. It’s foolish to think you can just show up and be competitive and have a shot to win.”

Stewart, whose first-ever Indy 500 entry started with him on pole in 1996, explained that he solely wants to race at IMS to win. He's had whiffs of glory there before, achieving P5 at the 1997 running while leading 67 laps, and he feels that he's still got the skill to produce a good result.

"Smoke" mentioned that, in order to feel comfortable stepping back into an Indy car, he may need a bit of seat time prior to the Memorial Day event.

“One race might not be enough to feel like you’re where you need to be,” he said. “But at least little things like pit stops and having that much duration of time in the seat to make sure no points or parts of the seat are pinching—things when you’re only in it for 10 minutes you don’t notice, but two hours you notice it. Those are things to sort out once you get there.”

In all, Stewart is confident in his ability and still feels that he brings a special talent to the team which creates better results night in and night out.

“I feel every night I’m in a car, we’re better,” the 2019 Motorsports Hall of Fame inductee said. “Our performance is better. We’ve already run 62 races this year. We’re much better than we were last year."

“The more I race, the better I get. Even on days we’re off, I’m learning things that will help down the road. It’s just getting back in that rhythm again and finally starting to get confidence back as a driver, and feel like I’m ready to start doing some stuff.”

The three-time NASCAR champion will be inducted as part of next year’s class.