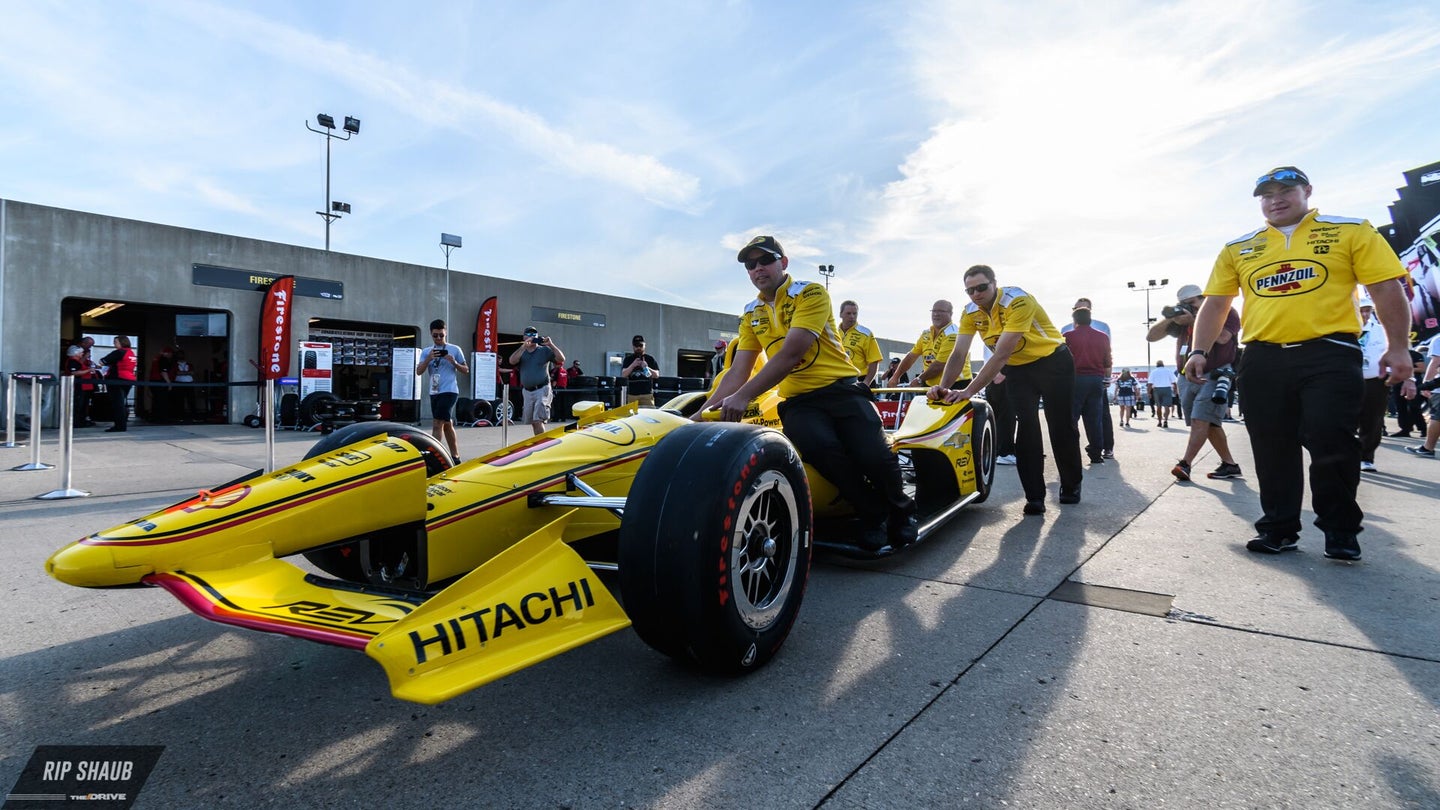 Helio Castroneves didn't manage to tie the all-time record of four Indy 500 wins at the event's 2018 running, but according to Team Penske President Tim Cindric, the Brazilian will be given another shot in 2019.

After crashing out of the 102nd edition of the Indiana oval event near the third-quarter mark, Castroneves pleaded for Roger Penske to allow him back for next year's contest. When asked after Sunday's race if he would do so, The Captain replied, "It's hard to say no to him, isn't it?"

Penske continued, "I have to talk to the president here. He'll figure that one out for me."

He applauded the three-time winner for his preparedness during the month of May. While Castroneves may have relocated to Penske's sportscar efforts in the IMSA WeatherTech series this year, he has made it clear that he wishes to continue driving at Indy. According to Cindric, because of his dedication to the "Greatest Spectacle in Racing," he won't be missing one anytime soon.

Castroneves is under pressure to match the Indy win count of Team Penske alum Rick Mears, one of only two drivers alongside Bobby Unser to win the race in three different decades (1979, 1984, 1988, 1991). While number four is certainly important to Helio, it's on Penske's mind too as he looks to add to his current total of 17 Indy 500 victories.

The victim’s age and name have not yet been released.