After the 2017 NASCAR season finale, the series lost its biggest moneymaker of the past two decades: Dale Earnhardt Jr. Of course, the North Carolina native and son-of-Dale was more than a financial asset, as countless displays of hero-worship from crazed fans proved. He was the real deal. His retirement is the hardest hit NASCAR has taken since his father died. And it's going to take more than a single big-ticket driver to make up the ground it lost when Ralph (along with Tony Stewart, the irascible conscience of NASCAR), said see y'all later.

So where can the France family turn to draw in fans and sponsors for it's been losing? It's not Joey Logano, who hasn't quite lived up to the "sliced bread" nickname he brought into the sport nearly a decade ago. And it's not to Kyle Busch, whose popularity will always be muted by an indisputable repellence.

NASCAR should turn to Kevin Harvick, a tough-as-nails grinder who has been more or less front and center in NASCAR for the better part of 20 years.

Harvick is, by necessity, the man of the hour, even though he doesn't come close to the marketing draw of Dale Jr. The two drivers are vastly, totally, and absolutely different, something they've proved as recently as last August when Harvick broke an unspoken rule and actually talked shit about the 15-time Most Popular Driver for not having all that much talent. Since then, skirmishes have broken out between the two, and Earnhardt said in April that he still hasn't gotten over the following Harvick quote:

Harvick continued during his radio show on Sirius XM by saying that, in reality, the adulation of Earnhardt really hsould have gone to his Hendrick Motorsports teammate, Jimmie Johnson. After all, he's tied, at seven, with Richard Petty and Dale Sr. for most Cup Series championships.

“So for me, I believe that Dale Jr. has had a big part in stunting the growth of NASCAR because he’s got these legions of fans and this huge outreach of being able to reach these places that none of us have the possibility to reach. But he’s won nine races in 10 years at Hendrick Motorsports and hasn’t been able to reach outside of that. So I know that those aren’t the most popular comments, but those are real-life facts that you look up and see on the stat sheet.”

This significance of this feud isn't what defines Harvick's value to what was formerly America's largest spectator sport, but its context is important to understanding the argument.

So how does Harvick, a 42-year-old with little top-tier competition left in his future, become the pivot point for a series filled with young talent? His intensity and passion are two stand-out factors, and after visiting last week's race at Talladega Superspeedway, where Harvick nabbed pole position and a P4 finish, I saw both qualities in person.

Harvick has had a stellar 2018 so far. He became the first to claim three Cup Series victories (consecutive wins, no less). He went on a tear that started in Atlanta, the second race of the season, and continued through to Phoenix, where he completed his hat trick. During this run, the same Harvick that we saw win the 2014 Championship returned to characteristic form: drive, intensity, and a serious prickliness.

The Harvick of old reemerged right after his middle victory at Las Vegas. The Californian faced controversy when NASCAR deemed his rear window brace below-par and, in turn, fined his crew chief $50,000 and suspended the No. 4 SHR Ford boss Robert Smith for two Cup Series races. Not only that, Harvick was docked a total of seven points—five for his race win and one for each stage victory—knocking him off the top of the championship standings. Instead of bemoaning the decision and bashing the series, he went about his business and made up his penalized points by winning the next week at Phoenix.

That emotion flared up, but not without a tactful tone, when asked after his win the following race if he was still miffed over the Las Vegas mishap.

"I think I addressed all that on Friday," Harvick stated. "There are so many good things that have happened right now. You can go back and listen to all those things. I was very open with you guys, answered all your questions, did everything you wanted me to do on Friday. I was very honest about it. Those are my feelings."

Harvick's one-way viewpoint is complemented by Stewart-Haas Racing team co-owner, Tony Stewart, who's infamous for his terse demeanor. Although they go about things differently in more cases than not, Harvick and Stewart have that owner/driver dynamic that sparks the same heat that fans are consistently demanding in this usually bland, pay-to-play world. The duo's vigor is fueled by the sport's origins, which is marked by a grassroots, race-to-win mentality. To the NASCAR fans who complain about a lack of genuine competitors, I point to these two former champs.

That high-level energy effectively segues into adoration for the sport—another thing that NASCAR could use in these lean times.

Harvick's season has been dotted with more subtle examples of his intensity. Saturday, May 28, he was part of an all-driver broadcast team for the Xfinity Series event at Talladega. Harvick, Logano, Ryan Blaney, Bubba Wallace Jr., and others joined together for a pretty entertaining program, complete with anecdotal humor and on-point analysis. But the highlight came at the end of the race. Race winner Spencer Gallagher, who was driving for GMS Racing, was shown celebrating with his father and team-owner, Maurice, in Victory Lane.

As the camera panned away from the parade and back to the booth, Harvick had tears on his face.

How badass is that?

This mega-tough, 200 mile-per-hour, seasoned veteran who stepped out of his pole-winning car three hours earlier was crying in the booth for this young-gun kid who just won the first race of his career. It doesn't matter how you define influential; that moment fits into the category. Getting people involved and interested is just part of the battle, and that can be organized by just about any corporate schmuck. But displaying that kind of love for something you've been around for nearly 30 years shows true character—and that's what keeps fans coming back to the sport week after week.

The chemistry of Harvick is lacking in today's millennial generation of drivers. From the way he dictates a press conference to how he drives on-track, the difference between him and everyone else out there is noticeable. The stare he dishes out is cold but (usually) not hostile. And the way he represents NASCAR to the next wave of competitors is A-1 compared to those of yesteryear, whose brash opinions and crude demeanor have grown stale.

For those looking to NASCAR to breed the next Junior, you'll have to wait a while. But for the people who can see past the social media-driven skepticism and generalities, one of the sport's prime examples is here right now, and has been for longer than most of these newcomers have been alive. 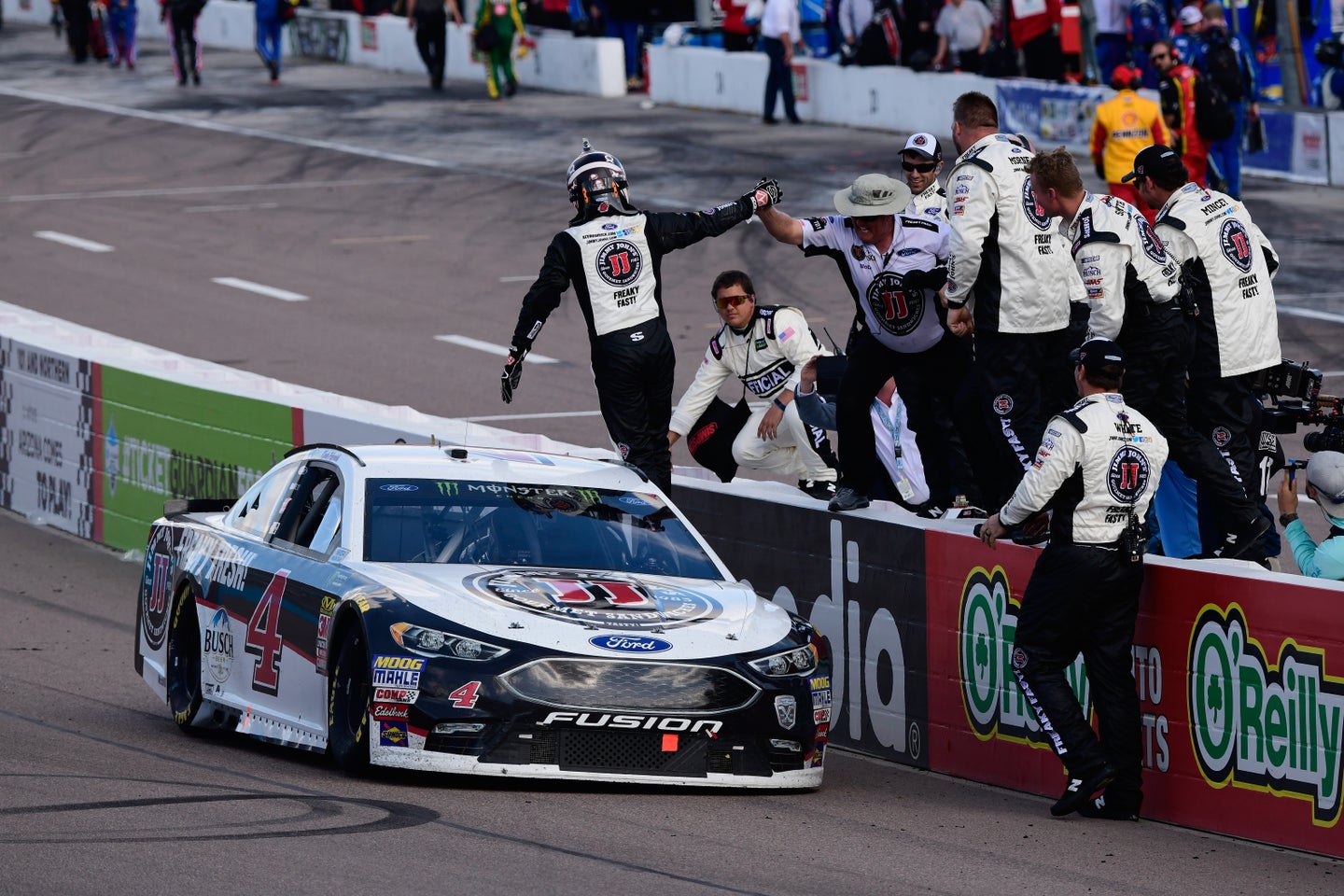 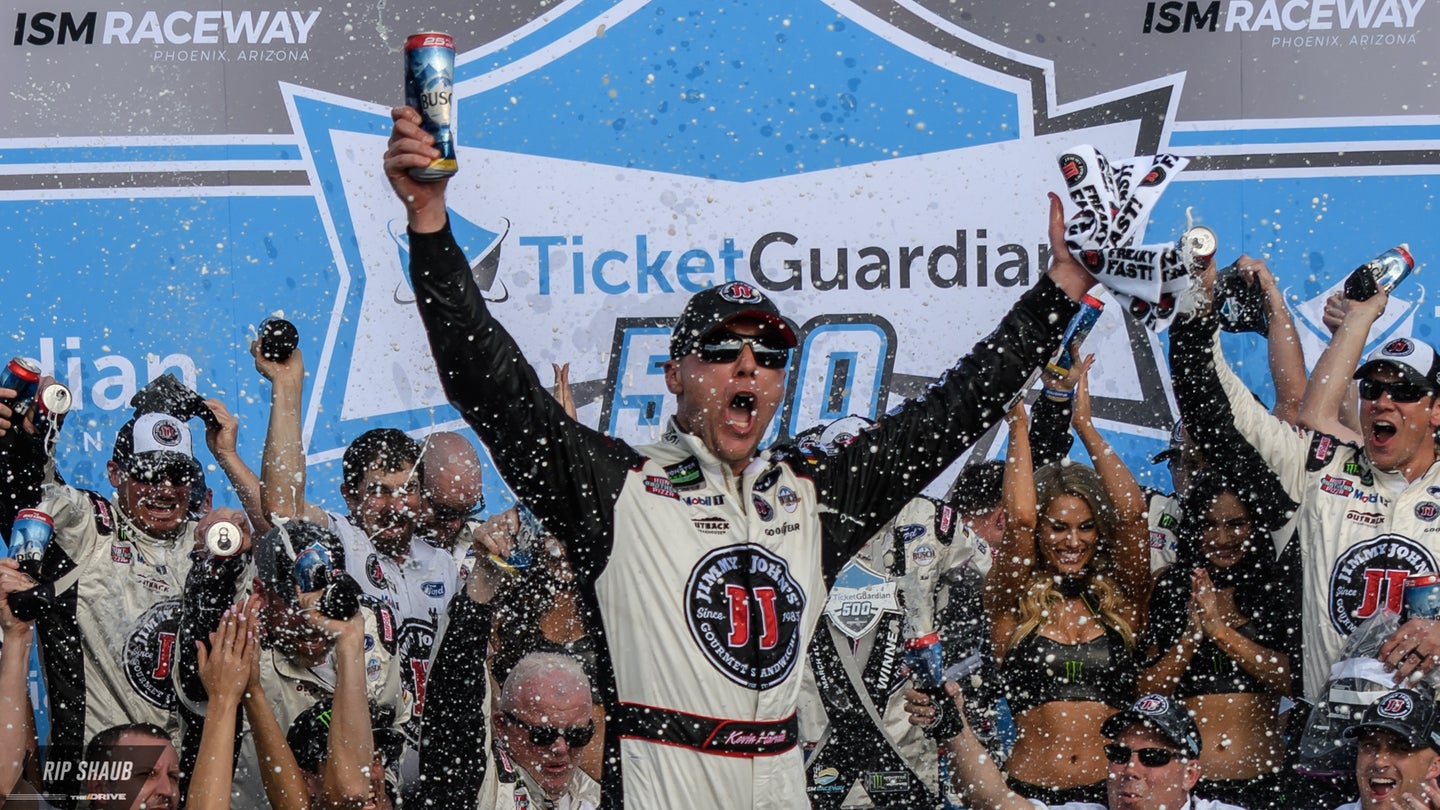 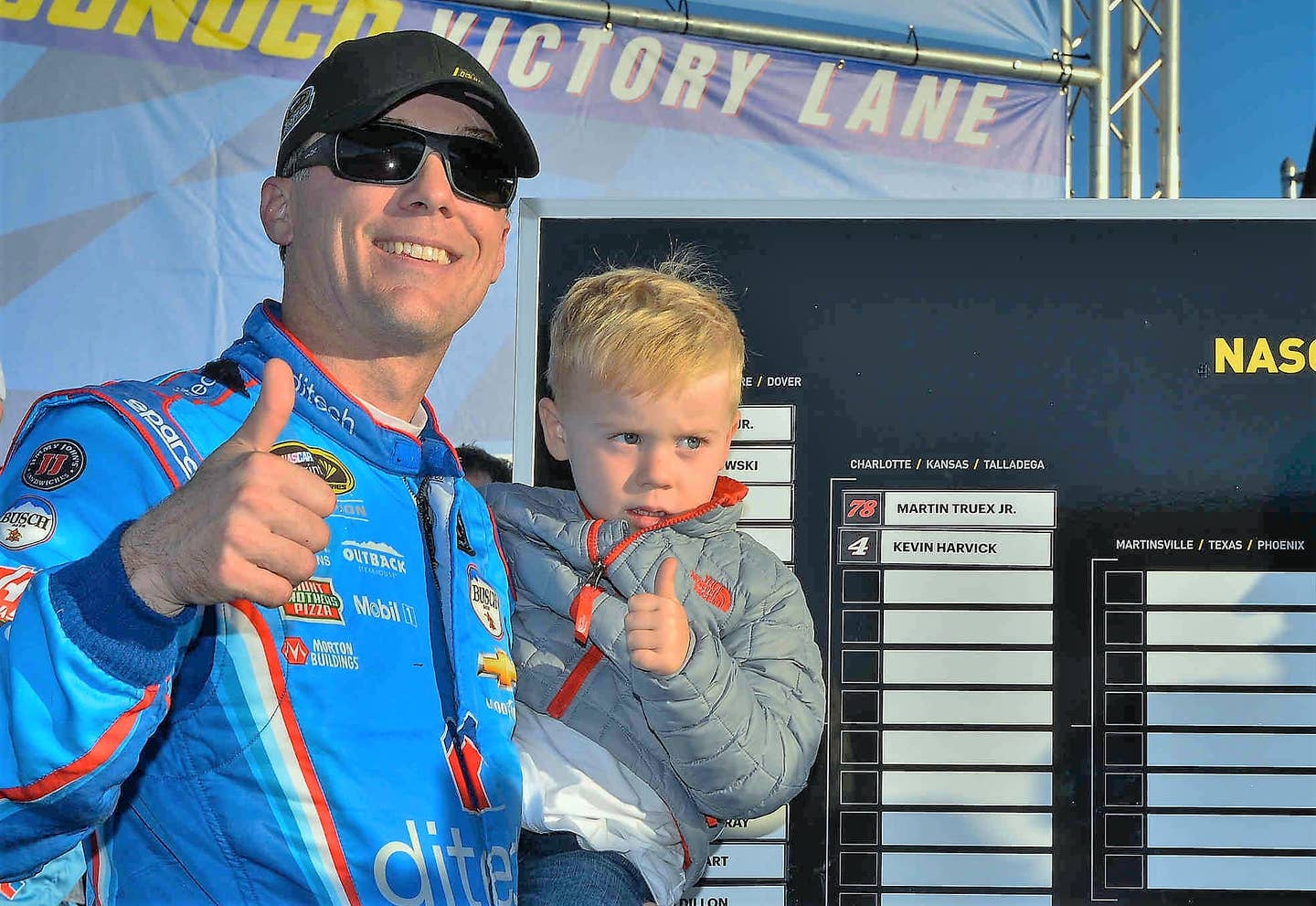