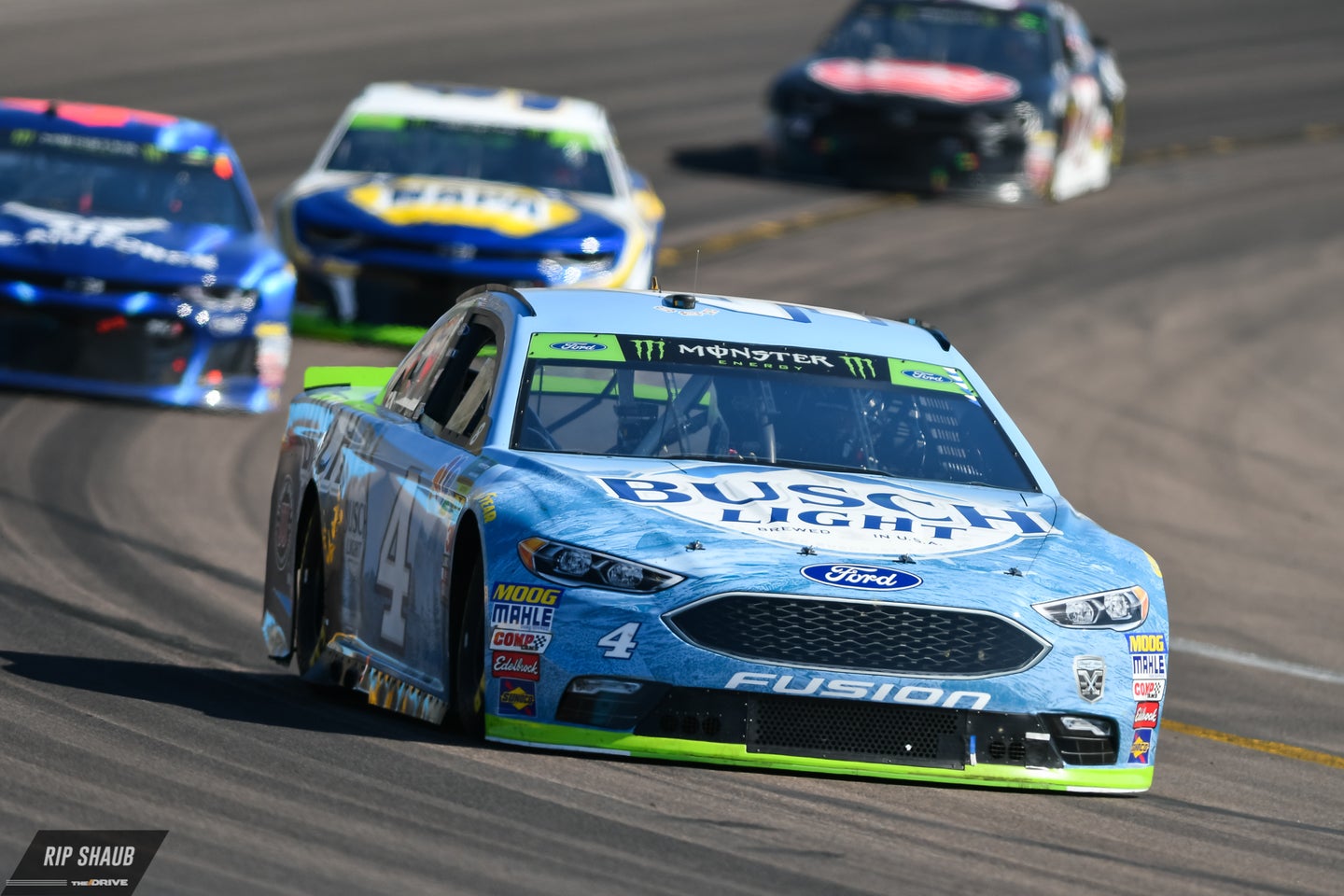 Kevin Harvick's No. 4 Stewart-Haas Racing pit crew will feature some fresh faces during Sunday’s 2018 NASCAR Cup Series season finale at Homestead-Miami Speedway. Harvick is one of four drivers who will be competing for the Cup Series championship at this weekend's race.

SHR has swapped rear tire changers between Harvick’s crew and the No. 10 team of driver Aric Almirola. Almirola was one of four drivers eliminated from the playoffs in the Nov. 11 race at ISM Raceway near Phoenix. Chris McMullen will be Harvick’s new rear tire changer, replacing Michael Johnson, who will move to Almirola’s team.

Johnson has been the rear tire changer on Harvick’s team since the Bojangles’ Southern 500 at Darlington Raceway in South Carolina in September. He joined the No. 4 team as a replacement for Daniel Smith, who was sidelined by a health issue.

Harvick also will have a substitute crew chief as he vies for a second NASCAR Cup Series title. Veteran Tony Gibson will be atop Harvick’s pit box as crew chief for the second consecutive race. Gibson is filling in for Rodney Childers, who was suspended for two races after an issue with the rear spoiler on the car in the Nov. 4 race at Texas Motor Speedway.

Harvick has been a leader throughout the 2018 Cup Series season, winning eight races, including the aformentioned race at Texas. Kyle Busch, another of the four 2018 championship contenders, also has eight wins. No other driver has more victories this season.

Harvick and Busch will have title competition in Joey Logano and reigning series champion Martin Truex Jr. The highest finisher among the four title contenders in the Homestead-Miami Speedway race will be the 2018 Monster Energy NASCAR Cup Series champion.

“We’re happy about going to Miami, and I think as you run, you just want to make it lap by lap,” Harvick said.

Harvick’s three SHR teammates Kurt Busch, Clint Bowyer, and Almirola all made the round of eight in the playoffs, but all three were eliminated, along with Chase Elliott, at ISM Raceway.

Harvick won his first, and to this point only, Cup Series championship in 2014, his first season with Stewart-Haas Racing.